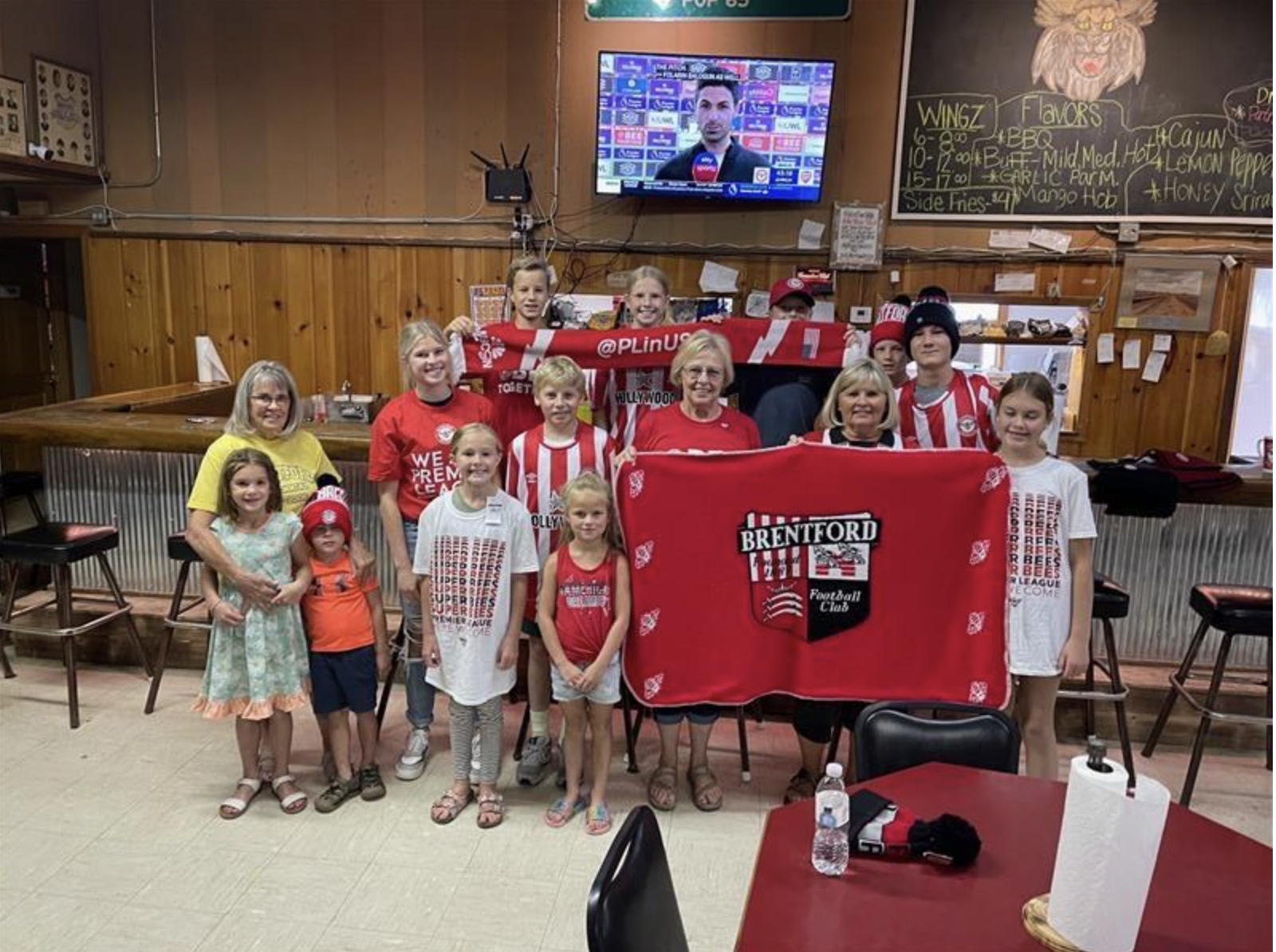 HOW A BEES FAN LINKED UP WITH BRENTFORD, SOUTH DAKOTA

Why was half the population of a tiny town in South Dakota watching Brentford v Arsenal live?
Share |

There are only two places in the world called Brentford and in truth they don’t normally have much in common but on the day of the match against Arsenal they were united. Brentford in South Dakota has a population of under a hundred. It took the name because a man who worked on the railway there originally came from Brentford. Some enterprising folk at NBC Sports provided the locals with Bees merchandise and a relay of the live pictures from the Brentford Community Stadium into the Legion Club which opened up specially on a Friday. Half the population turned up to watch .Some said they had never seen a ‘soccer’ match before but they certainly enjoyed this one.

Reporter Alexandra Hardle of the local newspaper, the Aberdeen News (Aberdeen,South Dakota is the nearest big town) investigated how the link between the two Brentfords came about and found it was down to a Bees fan: “The connection started forming in 2015, when Brentford, South Dakota residents saw a man they hadn’t seen before walking around the streets of town taking photos. It turns out that the man was Steve Tidy from Brentford, UK, who had flown to Aberdeen, booked a taxi to Brentford, and gotten dropped off at the end of town. Tidy, who is a huge Brentford F.C. fan, traveled to see his town’s namesake. Many of the residents stayed in touch with him over the years through Facebook. Steve and Nora Kramp even decided to make the trek to Brentford, UK in 2017, where they visited with Tidy. He bought the Kramps a pair of Brentford F.C. jerseys and took them to a game, but not before experiencing an English tradition.“Their tradition is to go to the corner pubs before the match,” she said. “So by the time we got to the match, we had been to four bars already.” 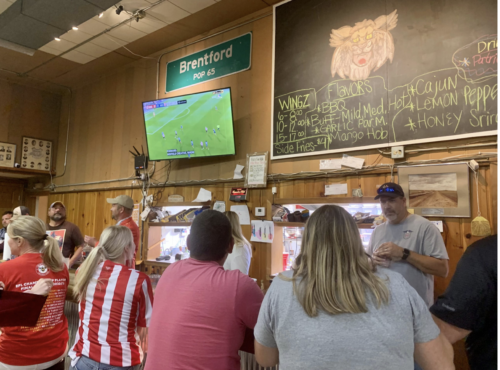 “Tidy even took them to the Brentford Legion Club in Brentford, UK. On Friday, four years later, the Kramps watched the game from an American Legion Club in Brentford, South Dakota.Meagan Williams, a resident of Brentford, South Dakota, said she heard about Brentford, UK a few years ago when the Kramps visited. But when she received a message from NBC Sports a few days ago, she thought she was getting scammed. When she realized it wasn’t, Williams was excited to throw a watch party at the Legion Club, which is operated by the residents of the town. Brentford is an extremely close-knit and small community, which Williams said might keep the new tradition of watching soccer going. “Our town loves a reason to get together,” said William. “I could definitely see this becoming a tradition of watching the Brentford football club every week.”

Local TV even showed a short clip of the locals shouting for the ‘Brentford Bees”.

The name of Steve Tidy may be familiar to readers of the Bees United website.In June 2020 in an article headlined ‘Where Did All Those Flags Come From’   we told how he filled with flags the whole of the fence around the Brentford Community Stadium, then in the final stages of construction. His own history in flags goes back to the 1999 victory at Cambridge that clinched the Division Three title. He dyed his hair red for the occasion. 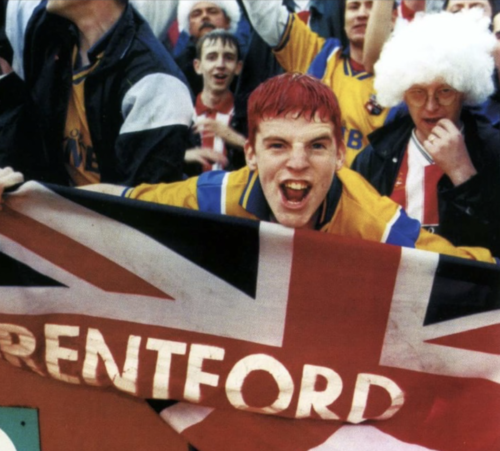