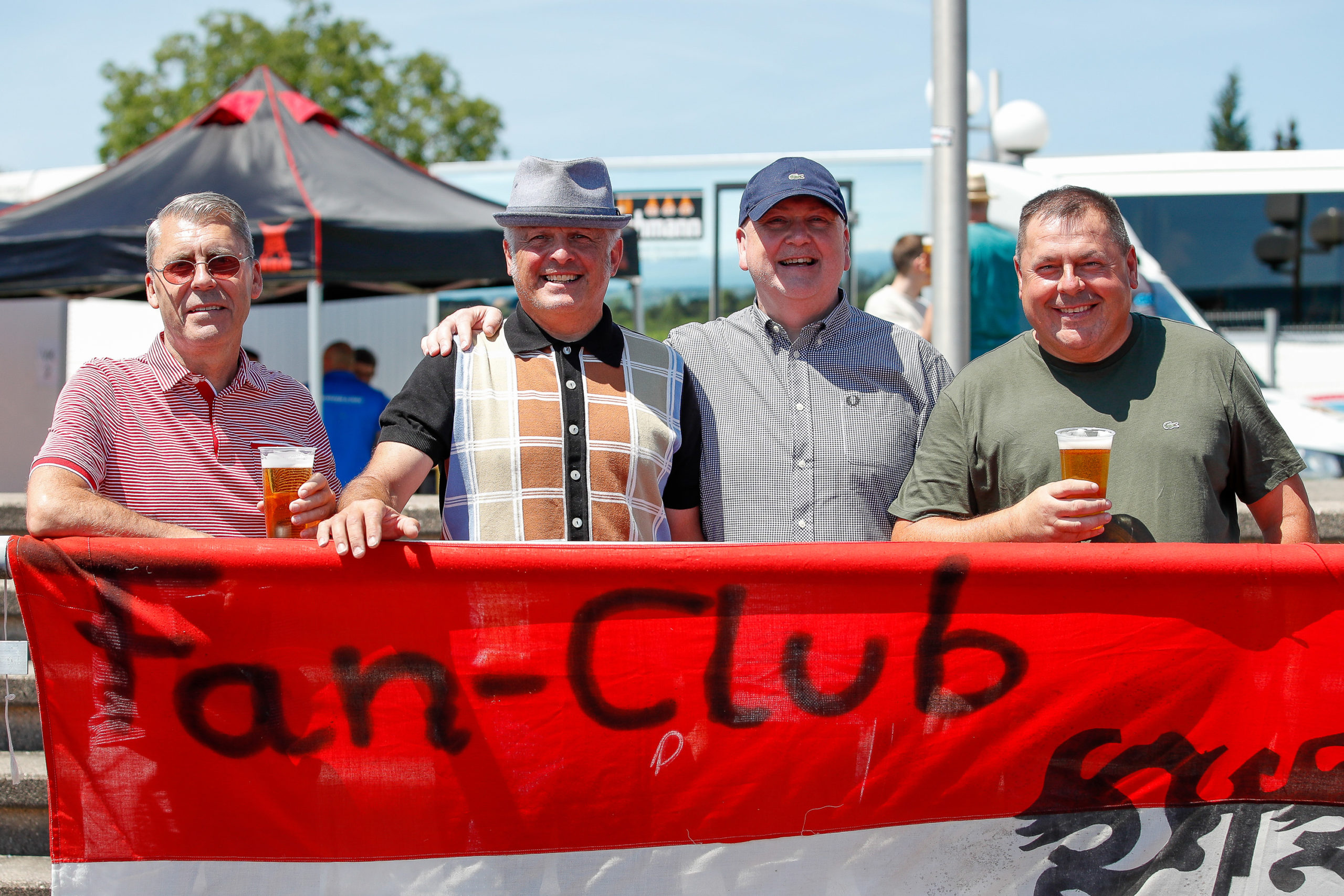 Bees fans who travelled to Germany for the first of the pre-season friendlies got much more than football : a massive 3 day outdoor party in great weather.
Share |
more

Some fixture lists said Stuttgart v Brentford on 16th July was going to be played at the 60,000 capacity Mercedes Benz Arena in Stuttgart. It is reported that one Bees fan turned up there expecting to see the match. But those who checked discovered that the game would not be in Germany’s fourth largest city but one well beyond it with a tenth of the population. Friedrichshafen is on the northern shoreline of Lake Constance near the borders with Switzerland and Austria. 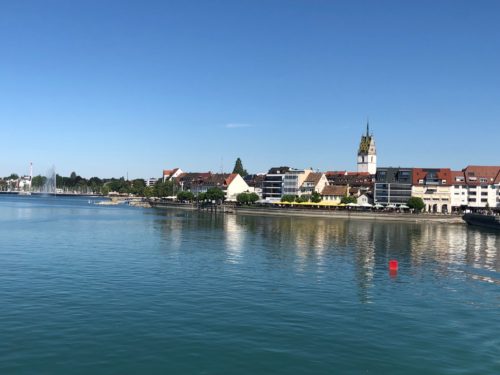 The first clue that Friedrichshafen was not going to be its usual sleepy self came at Stuttgart station on the Friday afternoon before the game. The two groups of Bees fans who took advantage of the special ‘travel anywhere in Germany by rail for a month for 9 Euros’ found hundreds of people waiting to board the train and with no reservation system it was every man, woman and teenager for themselves. After stopping everywhere between Stuttgart and Friedrichshafen the train finally disgorged its cargo of passengers who headed straight for a summer version of a German Christmas Market, a mile long lakeside strip of bratwurst, currywurst, chips, ketchup, mustard,  lager, bands and other added extras. 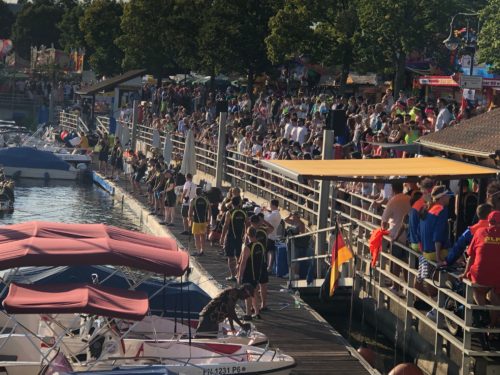 It is called ‘Seehasenfest’ which is a festival celebrating ‘Seehase’ which variously translates as ‘lumpfish’,’sea hare’ or ‘sea bunny’. The origins go back to 1943 when Winston Churchill ordered the RAF to bomb the town because it was believed the factories where once Zeppelin airships were made were now being used to manufacture V-2 rockets to attack Britain. After the war the locals decided that to try to make the lives of local children a little brighter there should be a summer festival along the lakeside. Over the years lots of adults had the idea of joining in so it is now four days of eating, drinking and music enjoyed by up to 20,000 thousand locals and day-trippers. And this year some Brentford fans who couldn’t believe their luck. 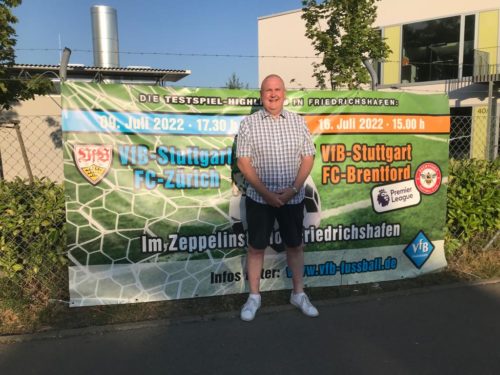 An advance party, guided by away day maestro Jim Walsh, visited the local ‘Zeppelinstadion’ (Count Von Zeppelin, the inventor of the airships was born in the region). This is the home of VFB Friedrichshafen, one of Europe’s top volleyball clubs which does a sideline in football and 22 other sports for the local community. Stuttgart of the German First Division were playing two games there that week.  Thousands of Stuttgart fans would travel to watch, get players’ autographs  and then join the lakeside party. Not a bad weekend, maybe somebody in Britain should copy it. The net effect was that the match was like a Stuttgart home game. Bees fans were a small but proud minority in the crowd. 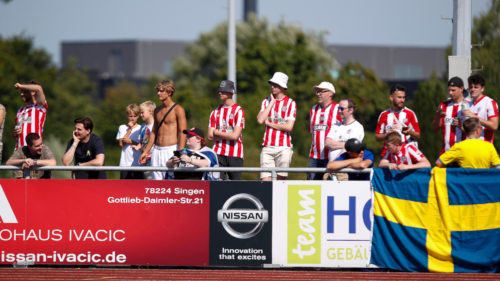 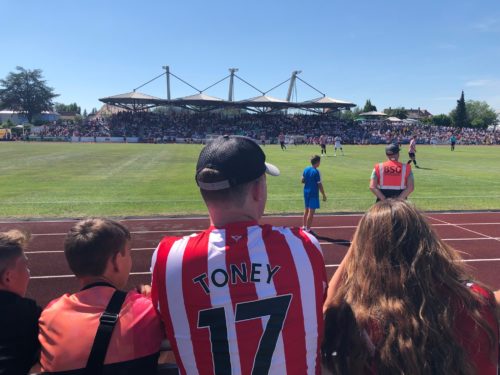 Elsewhere Stuttgart fans unable to reach the front of the crowd hustling for their own heroes’ autographs decided Josh da Silva would do. 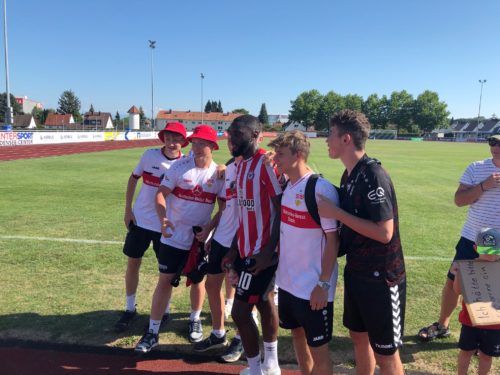 The Brentford squad returned to their training camp hotel in the Black Forest and the fans from both clubs set off for a Saturday night with more beer gardens than you’ll ever see in one place. 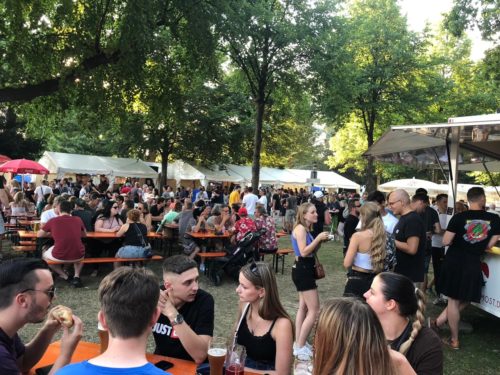 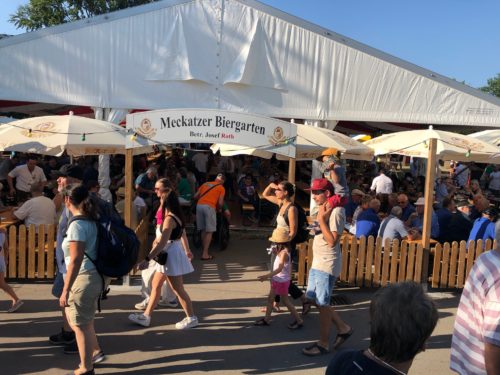 Jim Walsh’s verdict: “Wonderful weekend.That it coincided with the Seehasenfest was an absolute bonus. Lovely town and as always the Germans proved wonderful hosts- and the local beer was ‘sehr gut’  .

Oh, the game itself? As the Beesotted boys say ‘lets keep football out of football’. We lost 2-1. Dodgy ref.