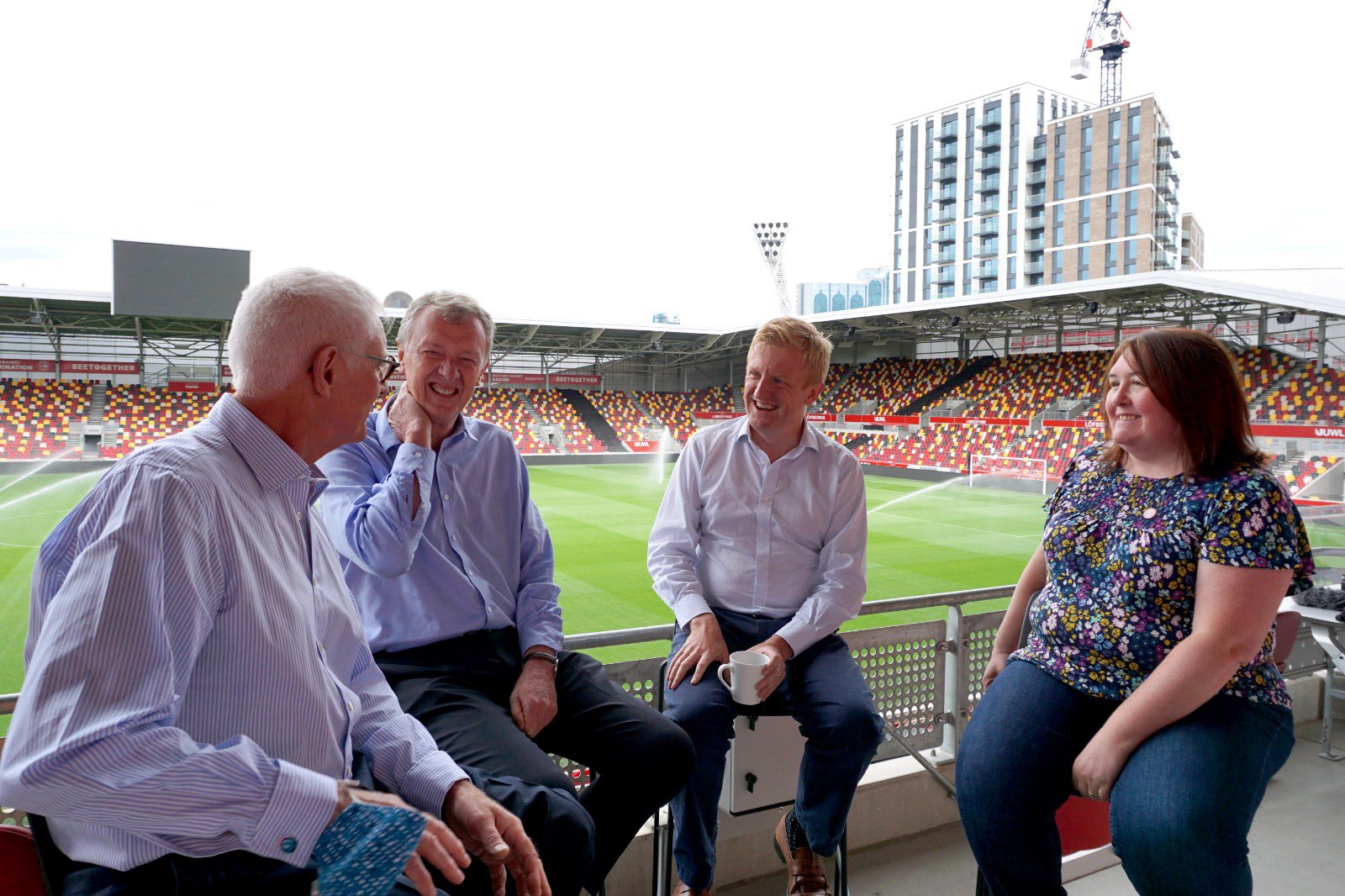 WHY BRENTFORD IS THE TALK OF WESTMINSTER

One minute DCMS Secretary Oliver Dowden was meeting BU and BIAS at the stadium saying Brentford is a ‘model club’. The next his successor was saying nice things about us too. It suggests the Government is about to promote a Bees United innovation.
Share |

A visit to Brentford by one Cabinet Minister and warm words from another suggest the Government is going to support an innovation pioneered by Bees United being adopted at other clubs.The process started when Conservative MP Tracey Crouch, who is leading the Government’s ’fan-led review’ of English football. published her interim report which included this section:

‘We have seen strong evidence that existing protections of key club heritage items of great cultural and emotional importance to fans is not sufficient. The most pressing of these has been the many clubs who appear to have lost the rights to their home grounds, but much evidence was also received of concerns relating to items such as club badges, location, colours and competitions. I therefore intend to develop proposals with the Panel to offer greater protection for these important assets through a ‘golden share’ for fans, giving veto powers over reserved items, to be held by a democratic legally constituted fan group.’

No specific club was mentioned as an example but both Bees United and BIAS had given evidence to Tracey Crouch and her team. They pointed to a ‘special share’ owned by BU in BFC which means the club can only sell their stadium if there is a new ground to move to and that it meets criteria defined in an agreement between BU and BFC.

Ms Crouch is now finalising her proposals which will go to the Secretary of State for Digital,Culture,Media and Sport. At the end of August the person in that job Oliver Dowden MP visited Brentford and especially asked to meet fans representatives. BU Chairman Stewart Purvis invited BU Secretary, Don Tanswell to join him along with Gemma Teale from BIAS and LGBeeTs. Mr Dowden was accompanied by a photographer from DCMS. 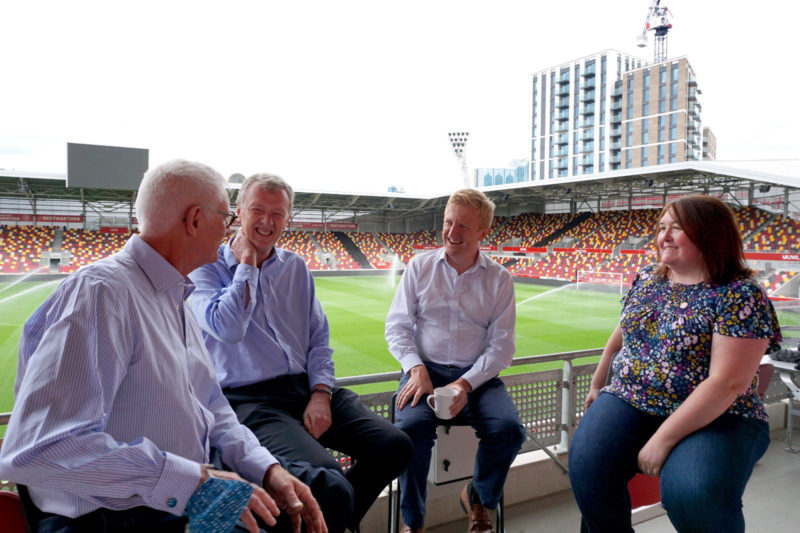 Mr Dowden asked about the ‘golden share’ and also about the agreement between Brentford and Bees United under which BU has a director on the board of the club. The current holder of that post Stewart Purvis explained how the agreement worked and also told Mr Dowden that said the fan groups supported Tracey Crouch’s wider proposals. 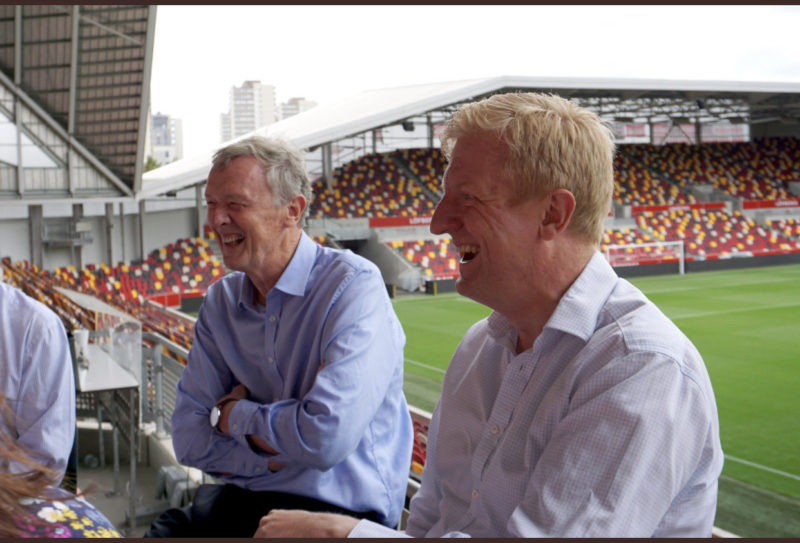 After the meeting Dowden gave an interview to the Times in which he praised Brentford as a ‘model club’ .The Times correspondent ,Henry Winter, wrote that Brentford was a ‘well-run, fan-orientated family club’.When the article appeared the Minister tweeted about his visit to Brentford. 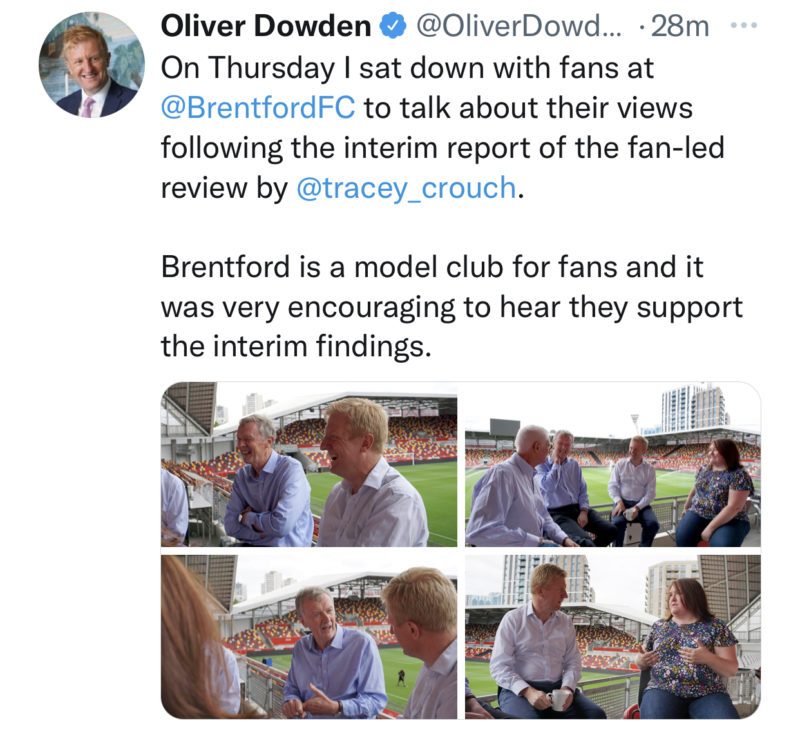 Three weeks later Oliver Dowden was no longer DCMS Secretary of State, moved by Boris Johnson to be Chairman of the Conservative Party. In his place came Nadine Dorries MP and on her very first appearance in the Commons in her new role she was asked by a MP about what she was doing to introduce a golden shares for fans. She replied:

‘My predecessor saw at first hand at Brentford that a golden share can do what the hon. Gentleman outlines without undermining the ownership of clubs…. I look forward, as the hon. Gentleman does, to my hon. Friend’s report later this year’.

Translated from parliamentary language that means: ‘it’s not for me to tell Tracey Crouch what to say in her final report but you can be sure she’s going to recommend a golden share for other clubs because what Brentford has shown is that this doesn’t undermine club owners’.

Soon Ms Dories was tweeting to show her enthusiasm for reform in football. 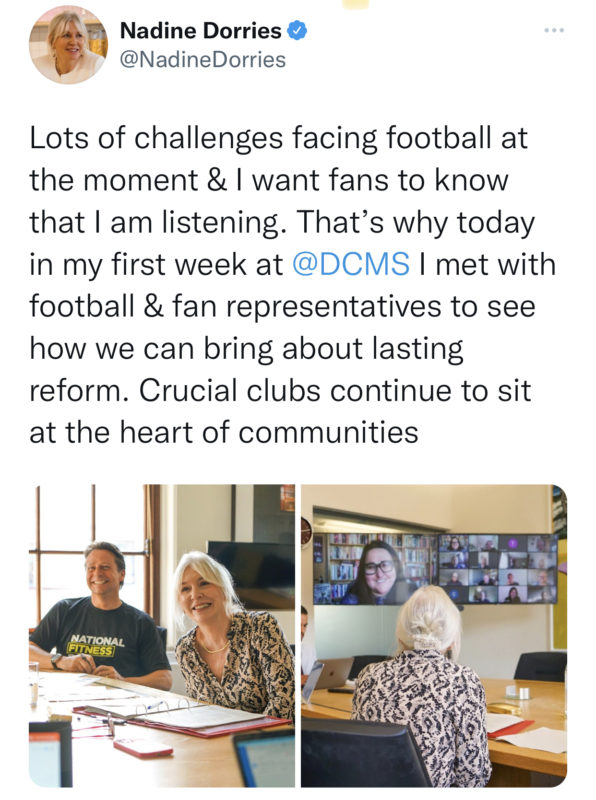