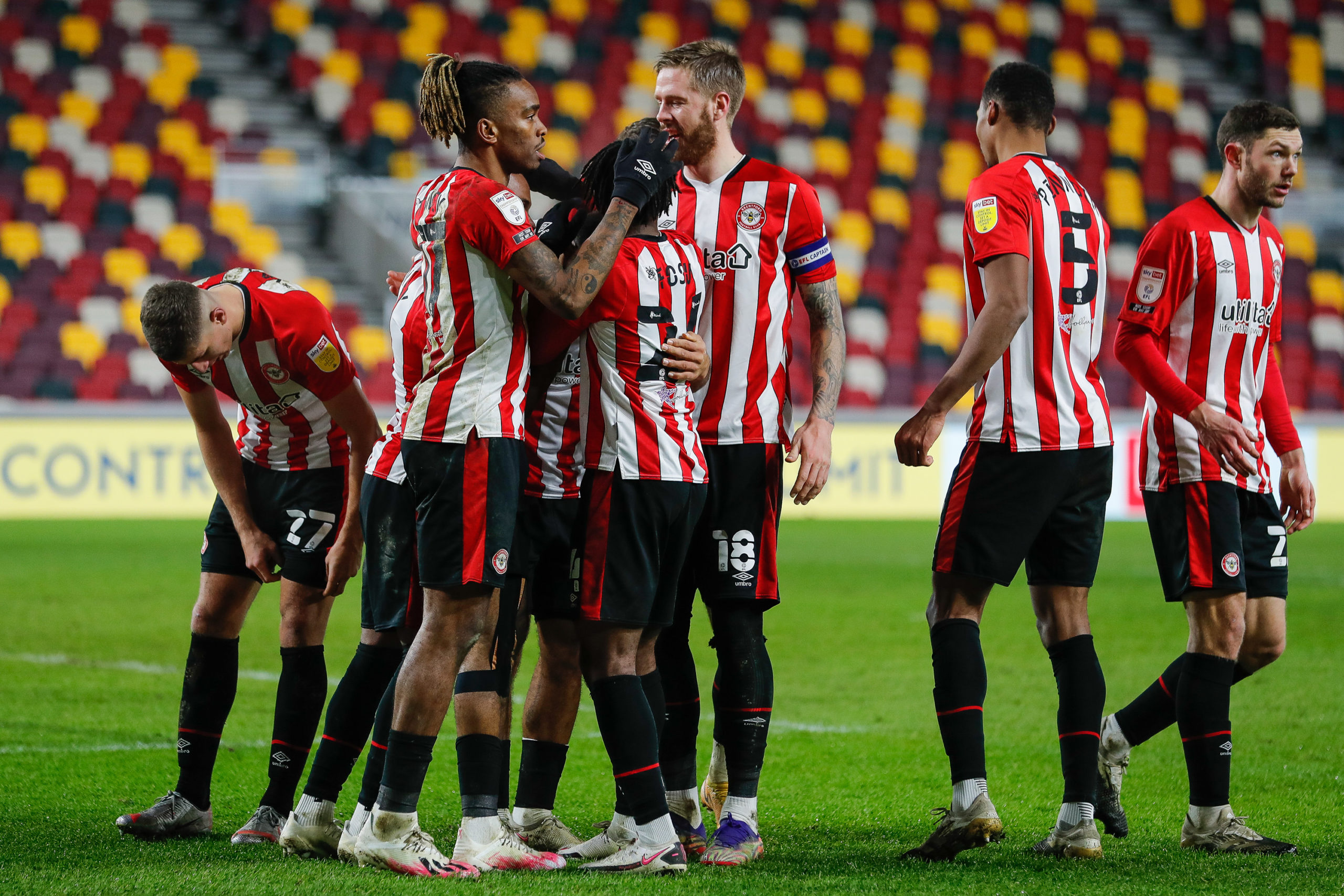 WHY BRENTFORD IS BETTER PLACED THAN LAST SEASON

Brentford FC historian and BU Board member Greville Waterman looks back at what's been achieved in the first part of this season and is excited by what's yet to come.
Share |

This is certainly a wonderful time to be writing a summary of Brentford’s progress during the first half of this unique and relentless football season. As they went into the home match against Bournemouth after 21 league games the Bees found themselves:

The 2-1 victory over Bournemouth, while Swansea could only draw at home to Reading, made things even brighter with the Bees moving into second place in  the Championship.

It is crucial in my opinion to outline in some detail just how well the Bees have done so far this season and how their achievements compare so positively to those of last season as there still does seem to be a view – totally erroneous in my opinion – amongst some Brentford supporters that the team is somewhat underperforming this season. In my opinion the team is simply performing differently and more efficiently than last season and certainly not worse.

It is easy to understand why, given the massive disappointment and hangover we are all suffering from after narrowly missing out on promotion to the promised land of the Premier League, having failed so cruelly to get over the line at the end of last season. Very often the losing team in the Play-off final suffers a reaction the following season as was the case for the Bees in both 1997/98 and 2002/03, but I am very much of the opinion that this time we might well repeat the example of 2013/14 when we triumphantly won promotion a year after the horrors of the Trotta penalty miss against Doncaster and the capitulation to Yeovil at Wembley.

Given the ravages of the coronavirus pandemic Brentford did not finish playing last season until 4th August, a fortnight after the rest of the league, having completed a physically and mentally exhausting schedule and their close season break, such as it was, was seriously curtailed with the opening pre-season friendly against Derby County kicking off a mere 22 days later. It is fair to say that the players and management team probably returned to action feeling rather tired and jaded given their disappointment at missing out on promotion and the lack of anywhere near sufficient physical and mental relaxation and respite and they went straight into this season’s programme which is even more strenuous than last.

The vultures were also hovering overhead and the marvellous BMW strike partnership which contributed a massive and seemingly irreplaceable 59 goals last season was also broken up with Ollie Watkins and Said Benrahma deservedly receiving their opportunity to play at the top level. This left a huge and possibly insurmountable gap to fill with lower division goal machine Ivan Toney, Iranian international Saman Ghoddos and Northampton central defender Charlie Goode the only new arrivals and the final two have yet to make a regular impact. It is hardly surprising that the Bees did not get off to the best of starts with only one victory in the first four Championship matches. The team looked slightly out of sorts and definitely needed time to gel.

Toney was initially profligate in front of goal before finally getting off the mark with a coolly taken penalty against Millwall since when he was simply gone from strength to strength and is now the most dangerous and coveted striker in the Championship. Neither Brian Mbeumo, plainly missing his B & W bookends as well as perhaps his fellow French speakers Benrahma and Julian Jeanvier, nor Sergi Canos returning from his serious knee injury were initially firing on anything like all cylinders. The loss of Norgaard, who missed almost three months of packed action after his unfortunate injury against Preston also seemed a mortal blow but the incredible Directors of Football, Phil Giles and Rasmus Ankersen came up smelling of roses yet again when they conjured up yet another future star in the totally unknown German defensive midfielder Vitaly Janelt who signed from obscurity at Bochum and ensured that the inspirational Norgaard was barely missed – another example of Brentford’s innate ability to find players seemingly from nowhere.

The Bees were also getting used to and settling down in their incredible well-appointed new stadium at Lionel Road which was certainly not Griffin Park in any way, shape or form. This has proved to be a double-edged sword as opponents certainly feared coming to play the Bees at their rickety, dilapidated, creaky old stadium where the players had to change in shifts and the crowd bayed at them from seemingly a hand’s width away from the touchline. The Community Stadium at Lionel Road is a palace in comparison but some of the home advantage seems to have been lost, particularly given the current lack of home supporters, and it has yet to become the fortress we all hope and expect it to be.

Last season the Bees either blew teams away or lost frustratingly. There seemed to be no middle ground. They only drew nine times and lost 13 games, nine by a 0-1 score line. Brentford found it hard and often impossible to beat teams that came to break up play, niggle and frustrate and failed to score a single goal in six games against Huddersfield, Nottingham Forest and Stoke – prime examples of this genre of play.

This season you can see that a great deal of thought and planning has gone into the team’s playing style and approach. No longer are we the suave, debonair, high tempo, cavalier attacking team so beloved by all fans of lovely attacking football. We have quite simply transformed ourselves into a far more efficient killing machine that does not press so high and so relentlessly and sits back, absorbs the pressure and then strikes with speed and deadly precision and catches the opposition out on the break. It might not be as smooth or as easy on the eye as last season, although we have scored some beautifully worked goals, but we are certainly conserving energy for the long and arduous schedule ahead and are no longer a soft touch or flat track bullies either, but a team that is now quite capable of eking out a 1-0 win in tight away games. In fact, it is fair to say that we are perhaps better suited to playing away from home where the opposition generally come out to play and leaves gaps for us to exploit, instead of at home where most teams just sit back and invite us to break them down. We have become more efficient, tougher, less naïve and more professional, even employing the percentage tactic of utilising Mads Bech Sorensen’s long throw, something that would rarely happen in previous seasons.

The figures show that we are perhaps not creating as many chances as in the halcyon days of the BMW partnership and we miss the sheer genius of Benrahma, but Ivan Toney does not require many opportunities to score and we are also not allowing the opposition many chances either. Football in the time of COVID can be a strange and difficult watch given the lack of fans and atmosphere and some of the games have not been the most scintillating – something that can rarely have been said about Brentford in the last few years, but we are becoming relentless – a well organised and tough team boasting an exceptional defence that never seems to know when it is beaten. Thomas Frank also deserves massive praise for his coaching and man management skills and running a plainly happy camp and for eking out his resources as well as he possibly can. He has rotated his squad brilliantly with the likes of Tariqe Fosu (the new Josh Clarke), Sorensen, Dominic Thompson, Luke Daniels, Charlie Goode, the predatory Marcus Forss and Janelt all more than proving their worth when the regulars need a rest.

I am writing these words the day after Sergi Canos demonstrated his return to full form and confidence after scoring a superb match winning hat trick against Cardiff City and in his exuberant post match interview he made a telling comment which in my opinion sums up perfectly the reason for our success so far this season when he said: “We fight and then we play.” Simple, straightforward and totally to the point. A little bit like the team this season.

We are on the verge of great things and it is a wonderful time to be a Brentford supporter. The club embodies everything that is good in life with its values, ambition and ethos. I am proud to be a fan of a club that promises to achieve so much in the year ahead.