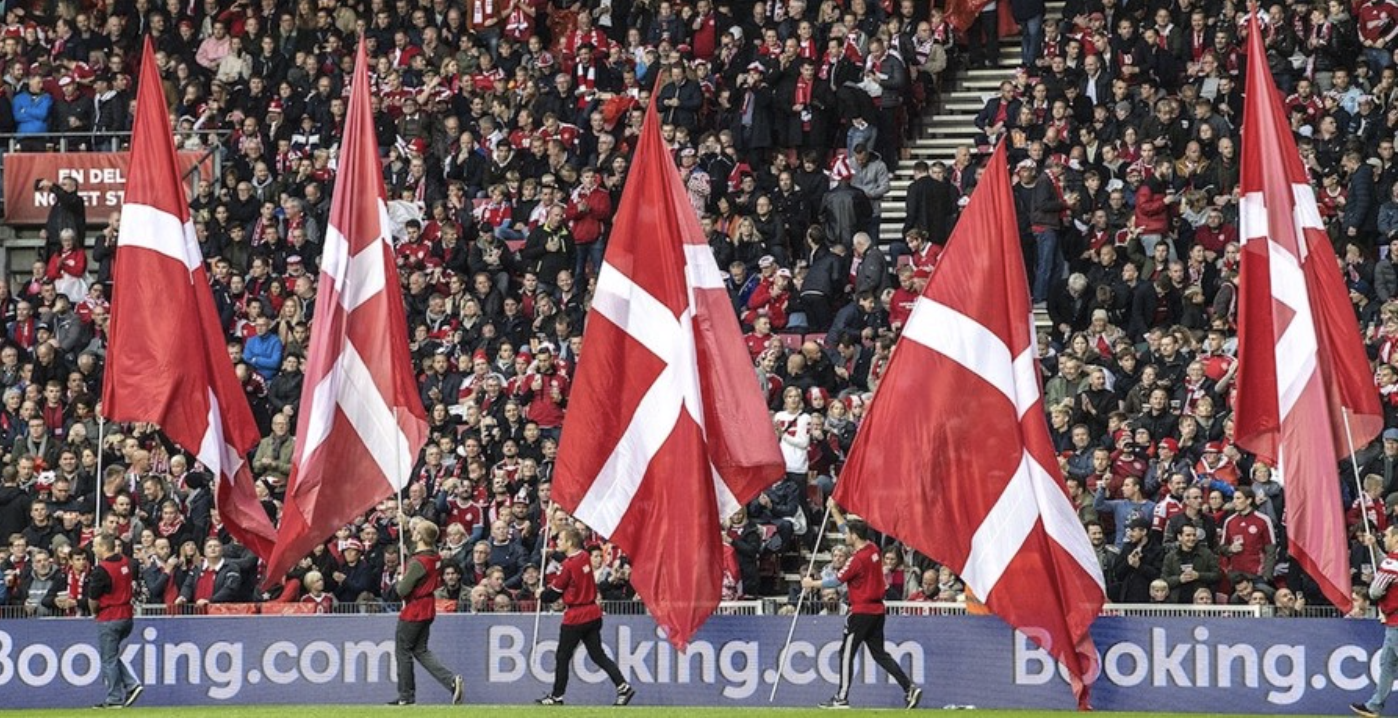 WE’VE GONE ALL DANISH FOR THE WEEKEND

With many Bees supporters following Denmark as their second team in the Euros, Tobias Neigaard reports on all the news that's both Danish and Brentford.
Share |

The Euros are upon us, and no fewer than four Bees represent their countries: Marcus Forss, Pontus Jansson, Mathias Jensen and Christian Nørgaard. The latter two, in particular, have been getting minutes at the Euros to the excitement of many Bees supporters.

However, Denmark’s first game at the Euros against Finland will be remembered less by Jensen’s solid performance but rather by Christian Eriksen collapsing on the pitch after 40 minutes. Mathias Jensen replaced Eriksen and put on a solid display, but the Danish team and everyone involved was undoubtedly affected by the incident in the first half and eventually conceded and lost the game.

The redemption game came just five days later when Denmark played Belgium. Many people expected Mathias Jensen to be among the starting line-up, but the Danish manager Kasper Hjulmand surprised everyone by changing the formation from 4-3-3 to a 3-4-3, which meant Jensen was left out in favour of an extra defender. The Danish Vikings came out with an impressive attacking mindset and caught Belgium on their backheels, and with just two minutes played, Yusuf Poulsen scored Denmark’s first goal of the tournament. At halftime, Belgium brought on Kevin De Bruyne, who immediately had a significant effect on the game. Just ten minutes into the second half, Kevin De Bruyne assisted Thorgan Hazard, who scored the equaliser. Denmark responded by substituting the Danish goal scorer with Christian Nørgaard in the 61st minute, as it was time to defend the one point that could be crucial. However, just ten minutes later, Kevin De Bruyne scored a belter from outside the box and gave Belgium the lead. Denmark now had to bring on more attacking players to chase the equaliser, and on came Mathias Jensen in the 72nd minute to his 9th international appearance. However, after 20 minutes of intense football and beautiful playmaking from Jensen, the Danish side came up short and the game ended in a 2-1 defeat. 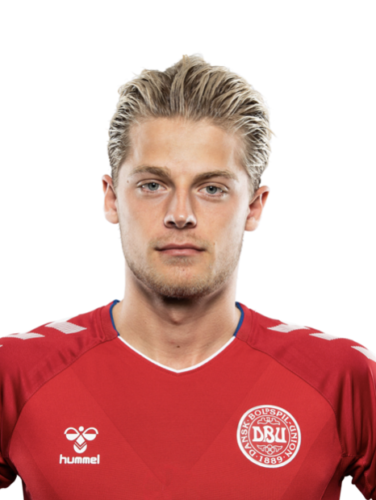 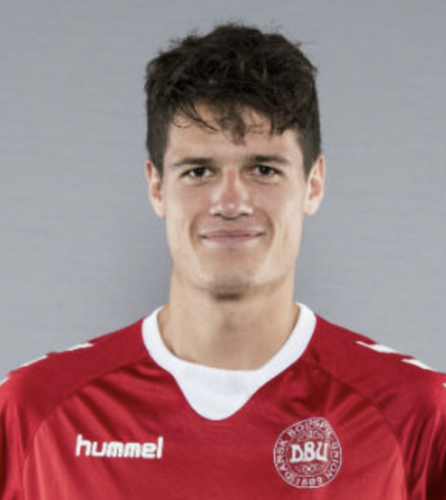 The final game of the group stage arrived, and Denmark was still in with a shout. Denmark had to beat Russia by at least two goals, and Belgium had to beat Finland. It did not seem unrealistic by any means, but at halftime Denmark was only up 1-0, and Belgium was drawing with Finland. Nerves were starting to spread among the Danish supporters, but as the second half progressed, the doubts and nerves settled as Denmark went up 2-0, 3-1 and finally 4-1.Nørgaard came on in the 72nd minute, and Jensen came on in the 85th minute to help secure the win for Denmark. With Belgium beating Finland 2-0, Denmark made it out of the group as second-placed and faced Wales. In a stunning Danish victory in Amsterdam both Mathias and Christian came on as subs, and Mathias created Denmark’s third goal with an assist which set up Maehle. Denmark progress to the quarter-finals. 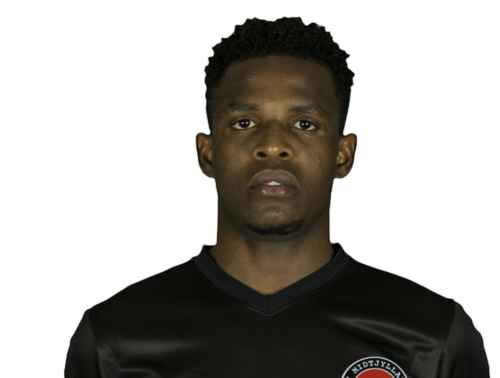 The summer  is always the time for transfer rumours and speculations, and this season is no different. One of the most prominent rumours regarding the Bees is the signing of Frank Onyeka from FC Midtjylland (FCM) the club where Brentford owner Matthew Benham is the majority shareholder and Brentford Co-Director of Football, Rasmus Ankersen, is the Chairman. According to Danish sports media, Onyeka was not present when FC Midtjylland started the pre-season preparations earlier last week, and the strong Nigerian may very well have played his last game for FC Midtjylland. According to Ekstra Bladet, FC Midtjylland is close to an agreement with a foreign club on a deal, and there are many indications that the arrow is pointing towards Brentford. Several media report that it is only a matter of time before the move can be completed at a fee rumoured to be around £13.5 million. The deal is expected to be completed and finalised after July 1st.

Many FC Midtjylland fans will, of course, be sad to see their star player leave, but they also know that Onyeka has outgrown FC Midtjylland and the Danish Superliga, and considering FC Midtjylland and Brentford’s transfer strategies, it is no surprise that he has played his last season for the Danish wolves. However, to heal the fans’ wounds, FC Midtjylland decided Henrik Dalsgaard should go the other way on a free transfer, which many Bees fans were sad to see. Henrik Dalsgaard capped 162 appearances for the Bees and left a lasting legacy by playing a vital role in Brentford’s long battle for promotion.

Many fans thought they may have seen the last of Dalsgaard when he was injured earlier in the  season, but suddenly he returned better than ever and played a vital role in the play-off games. We may never know whether Brentford offered him a new contract or if he missed his family and friends in Denmark and wanted to finish his career there. However, in an interview for FC Midtjylland’s social media, Dalsgaard says; “The next step in my career was coming back to Denmark, and I want to play with the best, which FC Midtjylland has been in many years now. They continue to develop as a club and push the boundaries of what a club of this size is capable of achieving. That is why I chose to come here. They match my ambitions, and we want the same things; Titles, European football and so on”. Whatever happened, Dalsgaard remains a very popular player, and everybody at Brentford and Bees United wishes him all the best at FC Midtjylland.

As Dalsgaard mentioned in his interview,FC Midtjylland is a club, much like Brentford, that continues to develop to stay a step ahead of other clubs. This was once again proven as FCM recently presented their new “Vision 2025”, a brand-new vision statement that includes stadium upgrades, new training facilities, and becoming a top-50 club on UEFA’s co-efficient ranking. Reaching these goals will undoubtedly require significant investments, which is why FC Midtjylland decided at an extraordinary general meeting  to bring in an additional investor. The presentation of the vision statement was, therefore, also used to announce the new investor, Heartland.  Heartland is a company owned by Anders Holch Povlsen. Heartland owns the international retail clothing chain, Bestseller, which is based near FCM’s ground in Herning. 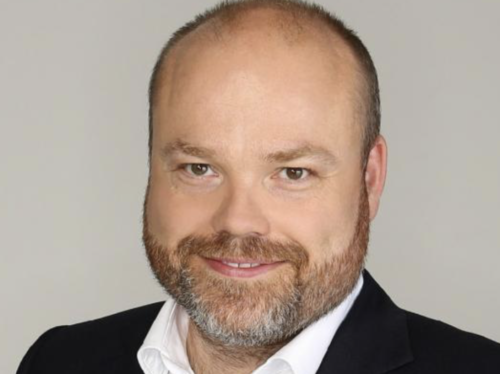 Anders Povlsen is the largest shareholder in the British internet fashion retailer ASOS and the second-largest in German internet clothing retailer Zalando. He is not only Denmark’s wealthiest person but also the largest private landowner in the UK having acquired a quarter of a million acres of land in Scotland. He now has 25% of the shares in FC Midtjylland and will form a powerful partnership with Matthew Benham who interestingly has chosen not to sell control to Povlsen but to stay as the majority shareholder. If anything, this move emphasises Matthew Benham’s commitment to FC Midtjylland as he did not sell his shares but agreed to bring in additional investment. He now owns about 70% of FCM.

You can watch FC Midtjylland’s presentation videos of the projects using the following links:

Fan zone outside the stadium: