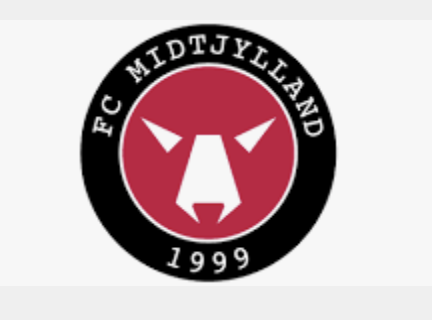 Matthew Benham’s other club, FC Midtjylland of Denmark, have reached the group stage of the UEFA Champions League for the first time. What could this mean for the finances of Brentford FC?
Share |

It has never happened in English football but let’s just imagine it has. Let’s pretend that two clubs in the middle of the country, one bigger than the other but neither top clubs, say Coventry and Solihull, got together and formed a new professional club. They chose a neutral name which reflected their geography, say FC West Midlands, and they built a totally new ground at the NEC Exhibition Centre which has no history of football but thousands of parking places. A foreigner bought control of the club and twenty years later they became the top team in the country and won a place in the Champions League.

This has all just happened in the middle of Denmark. For Coventry and Solihull read Herning and Ikast ( these clubs still exist but only as amateur ones), for FC West Midlands read FC Midtjylland (FCM) which is the name of one of Denmark’s five regions, instead of the NEC it’s the MCH exhibition centre, and the foreign owner is none other than our own Matthew Benham. And the bit about the Champions League? That’s true too.

FC Midtjylland’s entry into the group stage is the first in its history although the club has reached this stage of the  Europa League before.In 2016 they beat Manchester United in one leg. It is also the first time a Danish team has made it since FC Copenhagen in 2016. In the final qualifying game, against Slavia Prague, FCM went behind after just three minutes. They fought back to one-all, then in the final ten minutes they won a penalty thanks to VAR. Their striker Sory Kaba missed but VAR intervened again to rule that the kick should be re-taken because the Slavia keeper left his line too early. FCM not only converted the kick second time round but scored two more goals to win 4-1. Quite a night for FCM.

The UEFA draw produced some prestigious if daunting opponents; Liverpool, Ajax of Amsterdam and the number three side from Italy, Atalanta. First up was a home tie against the Italian club on a very wet night in central Denmark. Three nil down by half time FCM conceded a fourth without getting a consolation goal. On the TV coverage the club chairman Rasmus Ankersen, also the co-Director of Football at Brentford, was a damp and masked figure watching the game. ‘Welcome to the Champions League 2020-21’ seemed the right caption. 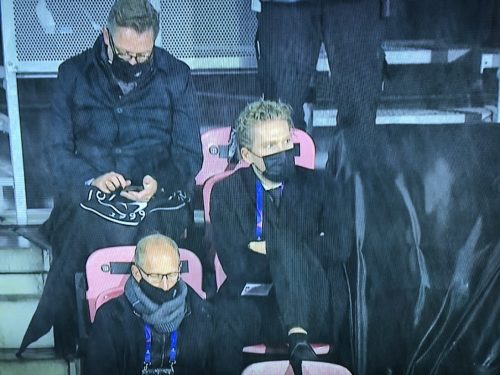 Their next fixture was an away game in the Danish Superliga against big rivals Brondby, formerly managed by Thomas Frank. FCM went two-nil down after 51 minutes before getting three goals, the winner coming in injury time.There’s video of the goals here.

Next up Liverpool at Anfield, christened ‘The Moneyball Derby’  by the Guardian, a game ‘between the twin vanguards of the sport’s analytics revolution’. FCM had a chance to take the lead, they had an even better chance to equalise but in the end lost 2-0.

So just how much money will FCM and its majority shareholder earn from this great adventure? Last season UEFA distributed an estimated £1.75 billion to the clubs involved from the group stage onwards. There’s a complicated formula based on how far you get in the competition and other factors. It’s known that last season the team which received the least, Slavia Prague, didn’t win a game in the group stage but still went away with about £16m. Even if FCM don’t do much better on the field they could earn more money because they are the only Scandinavian club to qualify. That increases their take of what’s called the ‘TV Market pool’.

So let’s hope FCM are heading for a minimum of £16m.To be clear none of that money goes directly to Brentford Club but the profits which FCM earns and passes on to its major shareholder will bolster Matthew Benham’s ability to fund the Bees if and when that is necessary, especially given the COVID effect.

On-field success and off-field profits are now quite common at FCM.The most recent published club accounts, they are available in English here, show that it was profitable for the 2017-18 and 2018-19 seasons. As well as Rasmus, two other colleagues from the Bees Board,Cliff Crown and Nity Raj, are FCM directors. There are obvious similarities between the clubs. Both use data as one of their recruitment techniques and player trading is an important component of each bottom line.

In the Guardian article Rasmus Ankersen was asked about the role of Matthew Benham:

“A professional gambler seeks an edge over the market. He is not getting it right all the time. He’s looking for value. However, in football there are a lot of emotional mechanics that lead to people not making rational decisions – that sets them back.”… “In football the stories we tell ourselves are often wrong, Look what happens when a team goes through a bad set of results. The fans and the media search for a narrative to explain it. It’s the same when a team does well. Last season, for instance, we won the league by 14 points. People were saying we were doing fantastically well. But when you looked at the underlying data, we didn’t actually improve. Our closest competitors got worse. And once you’ve seen regression to the mean, again and again, you build up a big belief that this is the right way of doing things. “I don’t think a lot of what we do is rocket science, but where we may be ahead still is that this is driven from the top. It’s not two interns in the basement working with data. The belief system comes from Matthew, from me and it filters down.”