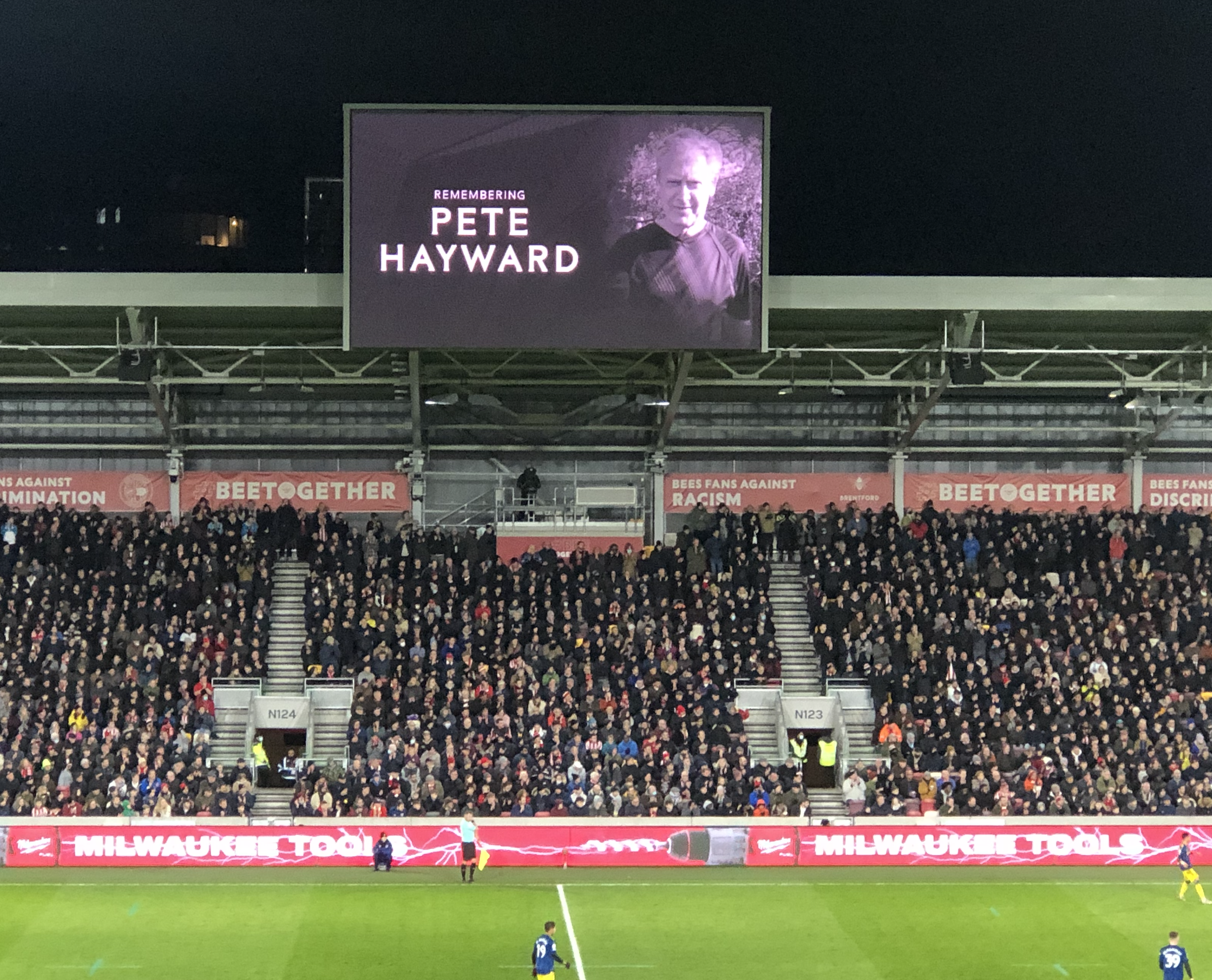 TRIBUTE TO PETE HAYWARD, A STALWART OF BU AND BIAS

On the 67th minute of the game against Manchester United Bees fans paid tribute to Pete Hayward who died this month aged 67. For Bees United Paul Stedman, who knew him well, has written this moving tribute .
Share |
more

The new year got off to the worst possible start with the news of the death of long-standing supporter Pete Hayward at the ridiculously young age of 67. Pete was a stalwart and passionate supporter of Brentford and Bees United, but above all else was probably one of the nicest people you could ever wish to meet, with an infectious smile that would brighten even the drabbest 0-0 draw and – the greatest commodity for any Brentford supporter over the years – an unflinching ability to look on the bright side of life, convinced that good times were just around the corner. How right he was!

Pete came from a family in Northolt where supporting Brentford was clearly a tradition. One of six siblings – Pete’s Dad Syd, his three brothers Chris, Vin and Phil; and his sisters Marg and Therese were all supporters. Pete was a regular home and away for more than six decades (he started very young!) – his subsequent move to Wiltshire was never going to prove be an obstacle to his support.

He was never one for Committees or endless meetings, but if there was a job to be done, and if the result was for the good of Brentford Football Club, then Pete could be found near the front of the queue, rolling up his sleeves determined to get stuck in: canvassing for support during the ABeeC election campaign, sponsored walks, rattling buckets or numerous other fundraising activities – all in aid of Bees United, he would never be deterred.

Whilst most people would be content with a 25-mile sponsored walk to somewhere such as Wycombe, as many of us did, this was just small beer to Pete. In the winter of 2004 with the Bees looking down the barrel of relegation to the fourth tier – Pete declared, after one particularly ignominious defeat, that if the team managed to avoid relegation, then he would walk to Hartlepool the next season.

As it was, thanks to Martin Allen’s “Great Escape”, the Club did avoid relegation and Pete was determined to keep his word and make the 280+ mile trek north in February 2005 when the team was next scheduled to play at Hartlepool. 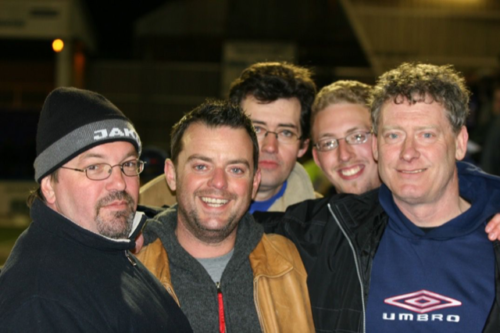 He was joined in the venture by four other walkers – Dave Lane, Rod Gowers, Pete Atkinson and John Dempsey – the venture had logistical support from John Anderson who drove the group’s mini bus and would ferry the walkers from their scheduled stopping point each evening to their nearest travel lodge, and then return them next morning to the exact same point to continue the next leg of their journey north.

The sponsored walk was a mammoth undertaking which required significant organisation and faced many challenges and obstacles, not the least being heavy snow in the north east as the walkers neared their destination, but it merely underlined Pete’s commitment to see the venture through. The group raised more than £10,000 with funds split between Bees United and Helen Rollason Cancer Care Centre Appeal. Just as importantly though it highlighted the commitment by Brentford supporters to support the Club which was clearly ailing at that time – a crucial link to keep the Club alive and see it through to the better days we are currently experiencing.

No one would have been prouder than Pete on that golden evening last August for the first day of our Premiership campaign against Arsenal: a full stadium for the first time in nearly 18 months – and a new stadium at that; and Brentford, defying the odds, to beat one of the giants of the English game 2-0. What probably Pete would have appreciated more than anything else though was that he was back with his fellow Brentford fans who meant so much to him.

Pete would have been here supporting the Club, whatever the circumstances – whether it be against Arsenal or Aldershot; Liverpool or Lincoln; Manchester City or Mansfield. Quite simply Pete loved Brentford – the sort of person who was the backbone of the Club. It was with a mixture of pride and sadness, but above all genuine fondness for a departed friend, that many of us were proud to stand and applaud his memory in the 67th minute during the Manchester United game.

Our deepest sympathies go to Peter’s wife Lin, his two children Jack and Clare and to his wider family.

If supporters would like to make a contribution in memory of Pete Hayward the family are suggesting donations to Wiltshire Air Ambulance.