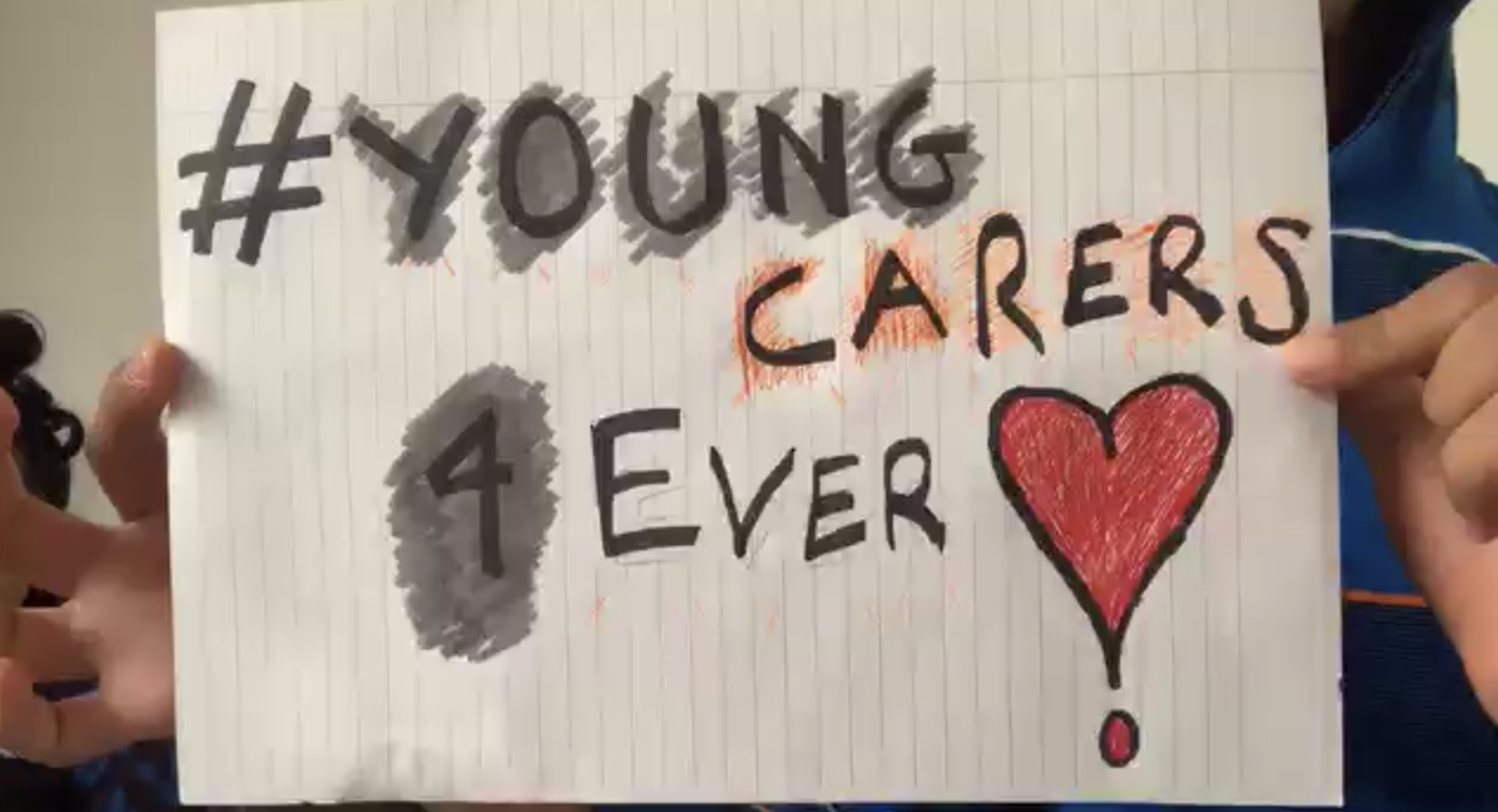 An important welfare service for young people during COVID lockdown is being provided by the Brentford FC Community Sports Trust. Stewart Purvis spoke to the person running the scheme.
Share |

They are the young, hidden and unintended casualties of the COVID lockdowns. Children who are carers for a parent required to shield have found they have to stay at home too, unable to see their friends.Trapped in their homes for weeks at a time, they are being supported by an unusual helper, a Championship football club.

Brentford’s Community Sports Trust is the only charity of a football club which runs a support scheme for young carers.  Aged from 7 to 18, the young carers are looking after someone at home who, through illness, disability, drug dependency or mental health issues is unable to care for themselves. The project is a chance for young carers to have a break from their caring role and meet other young carers who are in a similar situation. In normal times the scheme provides after-school clubs for them, as well as activities and holidays for them to spend day trips away with their counterparts. Lockdown has meant that everything has had to go online and the Trust has found new ‘virtual’ ways to keep carers in touch with the outside world.

Kathryn Sobczak looks after 300 young carers in the West London boroughs of Ealing and Hounslow. She says; “When lockdown first happened we contacted every family registered to us and told them about our zoom groups and we also provided social welfare calls to priority families to ensure they were getting all the support they needed, including making sure they were able to access food and medication. We discovered that quite a few young carers were looking after somebody with an illness which put them on the ‘extremely vulnerable’ list. One young carer we work is aged nine and her mum has had to shield. It meant that she and her brother have had to effectively shield as well. 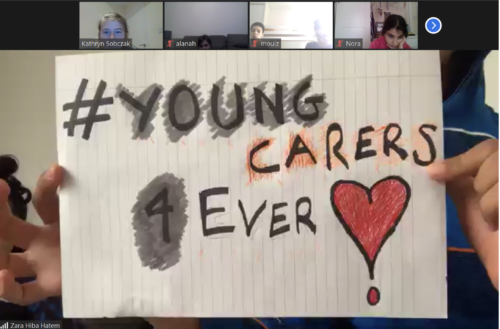 Kathryn Sobczak on an arts class zoom with 4 young carers

“They have had zero contact with anybody apart from our project because they were unable to leave the house at all. During the initial lockdown when the young carer wasn’t at school she literally didn’t see anybody for three months. She and her brother were just stuck in the house together, it was quite a solitary time for her. Even when restrictions were eased, they were still staying indoors because of her mum’s health.She connected with us on zoom which was great and her mum said it really helped her daughter to have a chance to forget about COVID and socialise with other young people even if only online. It was really important that we were able to connect with them by zoom and give them that time away from being a carer in order to forget about the worries and stresses that become even more prominent because COVID is around. 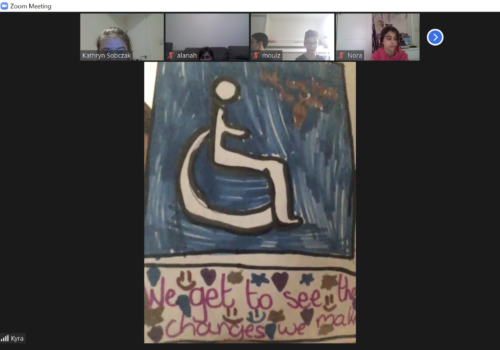 “The zoom calls are with a group of young carers, we do a lot of games and activities.We’ve done things like talent shows, quizzes, online escape rooms, The nine year old also joined in all our creative workshops which she really enjoyed, for example professional artists teach over zoom.The young careers we help are able to see their friends online which we found is the main thing for them. I’m just glad that we are able to support young people like this. We take it for granted that everyone has got people they can speak to but not everyone does. We also do one to one  support over the phone for the young people who don’t have internet access.”

Kathryn Sobczak, right, with a young carer on a matchday trip,

Kathryn, who’s 34, understands these pressures because so much of her own life has been spent either being a young carer or working with carers. “It has been a massive part of my life from as long as I can remember. I was a carer from the age of 7 for my mother who has mental health issues, offering emotional support when she had really bad days. I still see her about twice a week. I attended a young careers project in Kingston which was very valuable to me and I started doing work experience there. I knew from early on that I wanted to work with young carers so when I went to university I did a social work degree. After graduating I got this job at Brentford and I’ve been here for 9 years.”

Working with Kathryn are two-part time staff. “The families we are helping find it unusual that we come from a charity connected with a football club. They always ask about that, we explain that Brentford do a lot more than just football. We provide a range of social and welfare services to councils in West London. The football connection helps, a lot of families know the club and the young people are keen to engage with it.In normal times, we would take young carers to the ground on match days and some of them get the chance to be mascots. The club psychologist, Michael Caulfield, did a session with them last year on World Mental Health Day and a Brentford player Sergi Canos came along too. There was great feedback from that.” 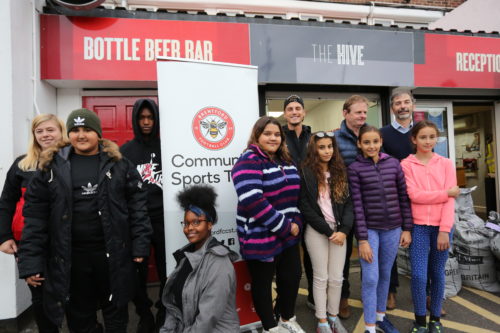 The services which Brentford FC  Community Sports Trust provides to local authorities are funded by Ealing and Hounslow Councils. Previously the young carers service in Ealing was provided by a different charity and Hounslow’s was provided by an in-house department. Additional funding is also provided by some other charities.

Pete Shears, Senior Project Manager at the Trust says; “Kathryn is an invaluable member of staff for the Trust. She has brought a wealth of experience and energy into the Young Carers Programmes, which is essential for this kind of specialist work. She has created and developed both Borough’s projects and has always increased the number of young carers being supported year on year. She started with 25 referrals in 2011 and now supports around 300. Her experience as a Young Carer has been invaluable in building trusted relationships with the young people too. Knowing that they have someone to talk to, with lived experience and who understands their situation, is so important. It has also been great to see the Club get involved with supporting Kathryn and the young carers as well. One young carer even ended up as a matchday photographer!