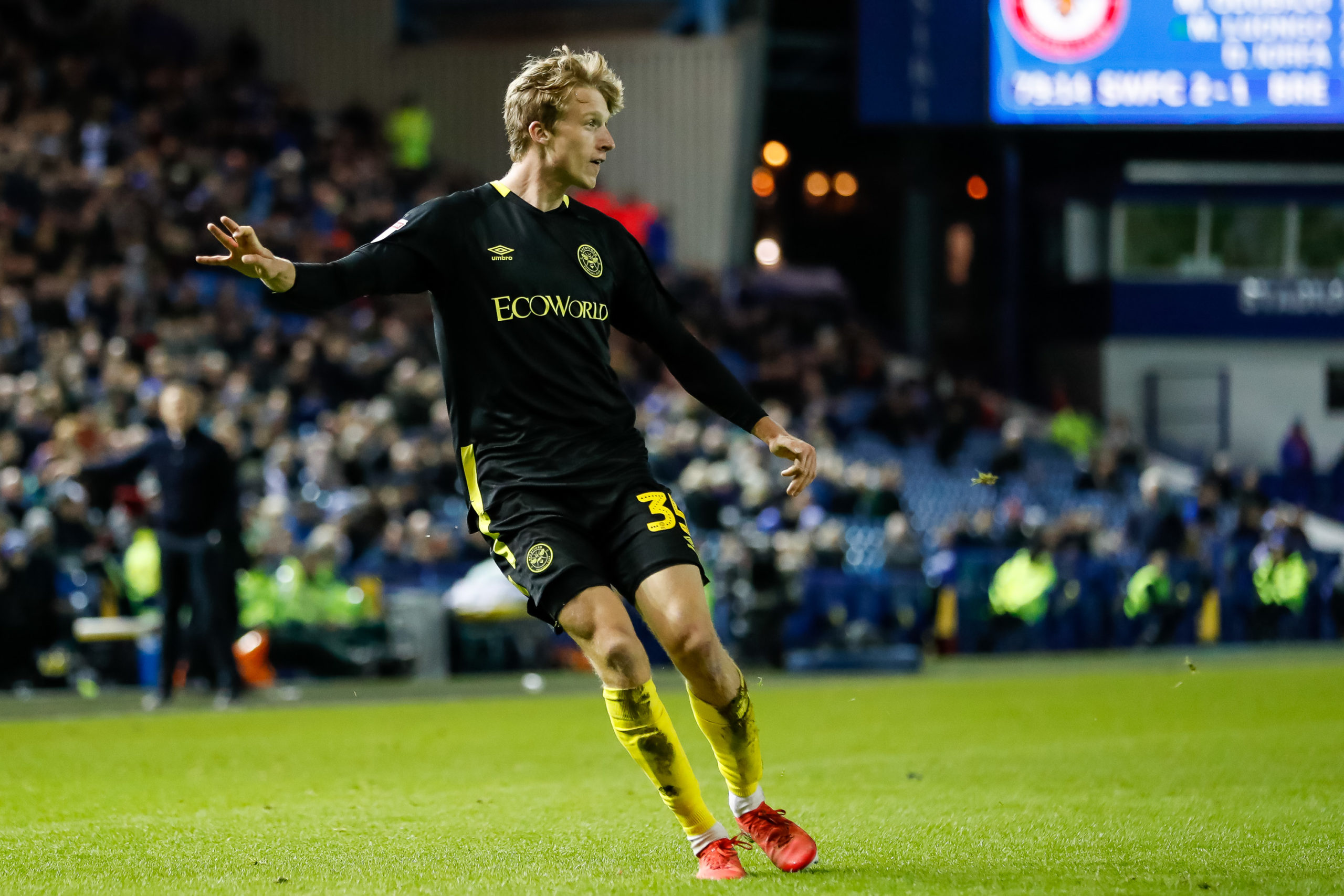 He is one of the best examples of the success of Brentford's B Team system.How did a skinny Danish kid with more downs than ups in his career come to be a Premier League player .
Share |
more

ONE STEP FORWARD Mads was first signed by FC Copenhagen from his local team at the age of 7.

ONE STEP BACK The club had so many young players that the coaches lost track of who was who and Mads was placed in the fifth best team of his age group. ‘After a while, I was moved up to the best team, but the coach’s son played in my position, so it took a while before I got my chance there’.

ONE STEP FORWARD When the boys reached Under 14 level Mads was selected for  the Club’s elite academy.

ONE STEP BACK  Mads wasn’t given a contract .’There were four of us who were told that we had been picked for the academy, but the club never really let us play with the academy team’.

ONE STEP FORWARD At the age of 17 Mads was moved up to FC Copenhagen’s first team .One of the coaches was Brian Riemer, now Thomas Frank’s deputy at Brentford.  To get some first team experience, they decided to loan me out,  I  joined Halmstad who at that time played in the Swedish league.

ONE STEP  BACK Two days after he played his first league game for Halmstad he was called back to the  stadium to meet their Director of Football. ‘They tell me that they had made a mistake with my documents. They had written down that I was from 1989 instead of 1999 in the player registrations. Apparently, this is a huge problem when you’re 18, so I ended up getting suspended for three months by the Swedish FA.So, I returned to FC Copenhagen after that, which was a terrible blow to the guts as a 17-year-old kid. It was a catastrophe’.

A SECOND  STEP BACK Back at FC Copenhagen for two years he didn’t get much playing time.’ I was sent out on loan again, this time to a Danish club Vendsyssel FF’ .

A THIRD STEP BACK  When he arrived on loan there was confusion about his role. ‘I went to the gaffer’s office to talk to him about it. I asked him why they had loaned me if they weren’t even going to play me. He calmly responded, completely honest, “I don’t really know anything about you”. So, he had definitely not been a part of the plans to sign me. At that moment, I honestly thought about quitting football. Not much has gone right in my career in terms of loans’. I’ve always had big ambitions for my talent and where I would be in the long run, but when so much fails at such a young age, you can’t help but feel awful. After my time at Vendsyssel, I re-joined FC Copenhagen and wasn’t doing very well mentally. I didn’t play for FC Copenhagen, I didn’t play for Halmstad and now I failed to play enough games for Vendsyssel, a team at the bottom of the league. I returned to FC Copenhagen and saw that I wasn’t a part of their plans. Not even as a backup. So, I knew I had to leave.’.

A GIANT STEP FORWARD Brentford came calling. ‘I was very fortunate that Brentford started showing their interest in me.I thought that sounded great. A team in the Championship with Brian Riemer as a part of the staff. I think it might have been him who recommended me to them as he knew me very well from our time at FC Copenhagen U19’.

Mads talks about his time at Brentford in an interview with a Danish podcast.  HERE