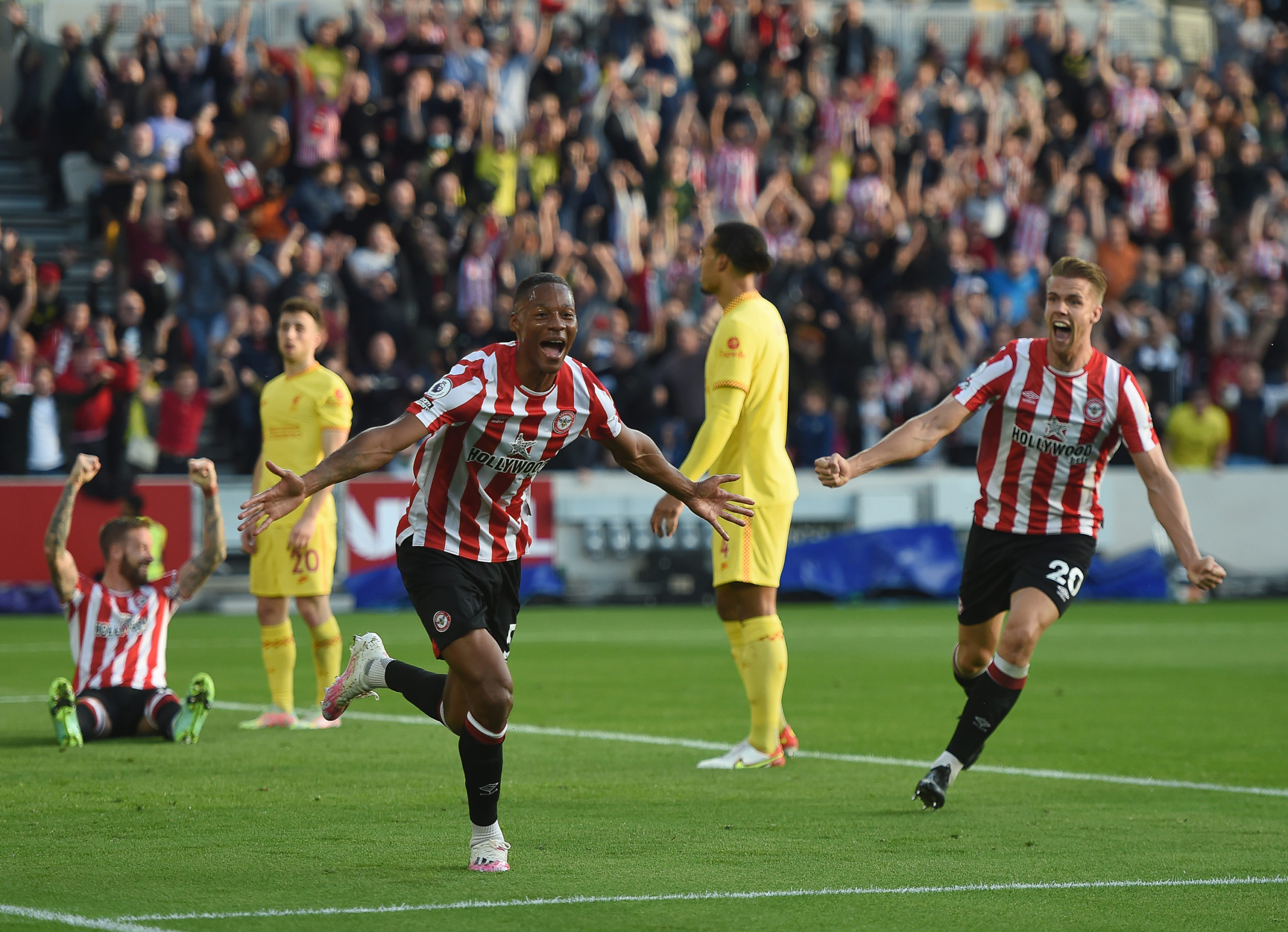 ‘THE GREATEST GAME EVER PLAYED AT A BUS STOP IN HOUNSLOW’

All Bees fans who were there agree they will always remember the night. Contributing Editor Bill Hagerty wrote down how he felt about it.
Share |

What a difference eighty or so years makes between then and last Saturday – the only similarity with this encounter at the Community Stadium was that the teams won a point each; the rest was pure, unforgettable magic.

With only one team change from the win at Wolverhampton – Frank Onyeka replacing Shandon Baptiste – head coach Thomas Frank’s judgement was questionable for the first fifteen minutes, when a visiting side as smooth as a Rolls-Royce engine made devastating play while the sun shone. Only a muscle-testing lunge by Kristopher Ajer to clear a Mohamed Salah shot off the goal-line prevented them from taking an early lead.

But as the minutes ticked by, Brentford almost visibly pulled up their socks and started to retaliate. And after twenty minutes the unthinkable happened – Ethan Pinnock, lurking near the far post, took full advantage of a cross by Sergi Canós – on Liverpool’s books prior to arriving at Brentford – that was neatly back-heeled on by Ivan Toney for Pinnock to put Brentford in front.

The crowd – all but the confidently vocal visiting fans – erupted. The home team celebrated as if the play-off final had been won all over again. The visiting team look bemused by this audacious turn of events.

But it took no longer than ten minutes for them to respond in kind, with a fine cross by Jordan Henderson met by Diego Jota, who eluded those defenders briefed to stay in his pocket to head home the equaliser. And only David Raya dual acrobatic saves worthy of gift-wrapping and keeping until Christmas prevented Curtis Jones and then Jota giving Liverpool the advantage before half-time.

If the pace of the game had been ferocious until now, it at times threatened to challenge Usain Bolt after the interval. Liverpool maintained possession that would be 67 per cent for the match. Jota continued to be a menace, as did Salah, and it was the Egyptian hotshot whose volley in the fifty-fourth minute beat Raya and convinced the VAR that the assistant referee was wrong in signalling an offside offence had been committed.

It was by no means one-way traffic, however, and Brentford’s defence still looked in good shape, so much so that Pontus Jansson deserted it temporarily to shake the crossbar with a shot that rebounded into the penalty area. Vitaly Janelt managed to nod it into the goal ahead of Trent Alexander-Arnold’s valiant effort to scoop it clear.

Two each and twenty-five minutes left to play. Could Brentford hang on to half of the spoils? It looked like a definite maybe, which became a definite no three minutes later when fortune smiled on the visitors and a bullet of a long-range shot from Curtis Jones clipped Ajer and was deflected enough to beat a despairing Raya.

Then Salah chipped a shot over Raya’s bar when he should have buried Brentford for good. But the final act of this extraordinary drama – the finest example of sport as theatre – was yet to be played out.

Entering stage left came Yoane Wissa, a recent addition to the Brentford squad and the third substitute to be employed by Frank. With Brentford pummelling anyone in the way, and Liverpool’s defence working manfully to see out the remaining eight minutes, the Congolese international managed to chip the ball over Alisson’s head and into the net.

More celebration, more delight in the stands. And it wasn’t quite the final curtain – that fell to Toney shooting into a corner of the net for what looked like a Brentford winner to all those failing to notice an assistant referee’s flag signalling offside.

As a dispirited Liverpool trudged from the pitch, with manager Jϋrgen Klopp hurrying after them and later commenting, ‘Brentford deserved a point because they put up a proper fight’. Thomas Frank, after the applause for his team had died down, said, ‘I am crazy, crazy proud of the performance and the players.’

With Liverpool still leading the Premier League, ninth-place Brentford next face West Ham away from home and then Chelsea at the Community Stadium, two of the sides above them in the table.

Onward and upward, I said to my mate Charlie, and reminded him of legendary Liverpool manager Bill Shankly’s observation, ‘Some people think football is a matter of life and death. I assure you it’s more serious than that.’

This report first appeared on the Chiswick Calendar website https://chiswickcalendar.co.uk/