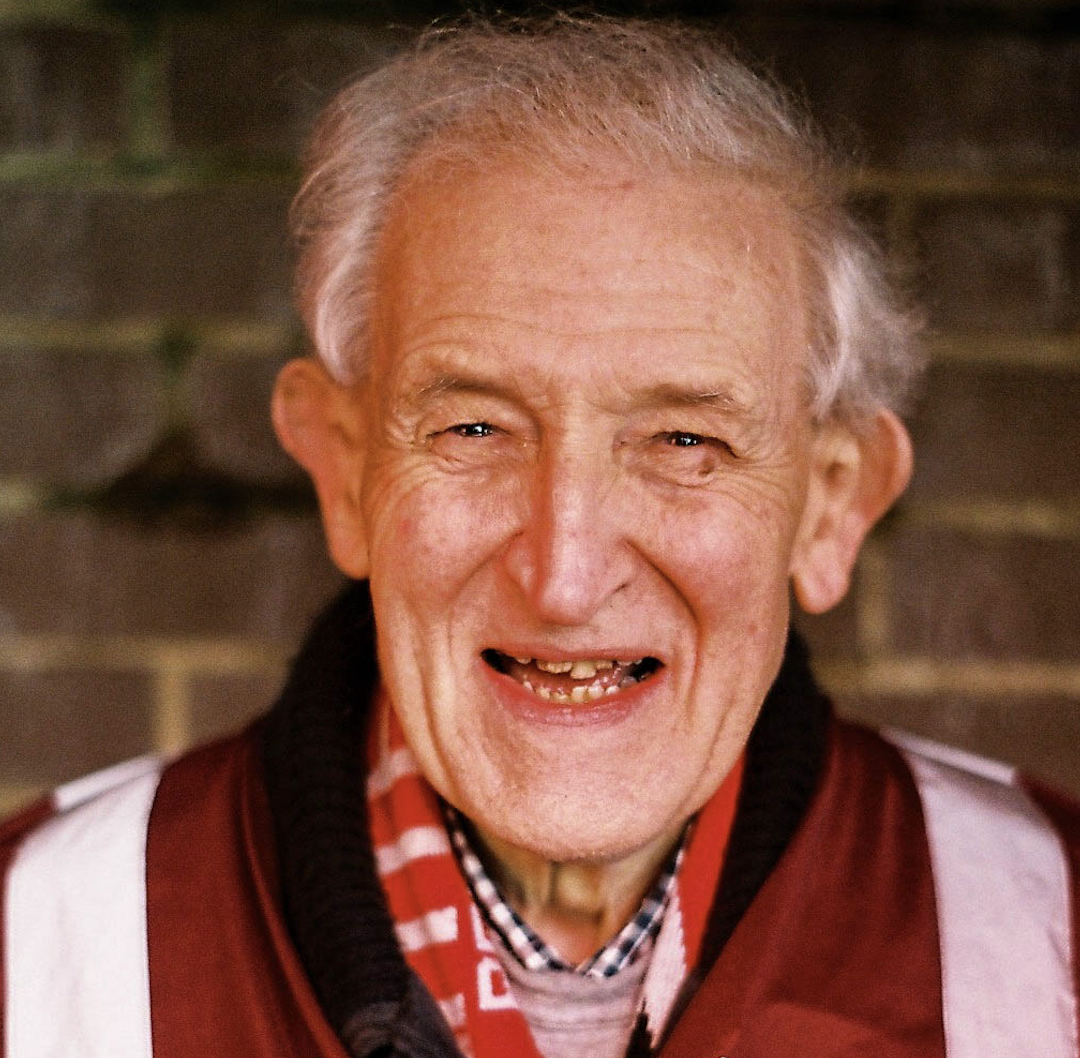 THE FACES OF GRIFFIN PARK ARE SAFELY RECORDED ON FILM

Brentford fans are beginning to realise they may never see another league match at Griffin Park but all aspects of our famous old ground have been captured on film.
Share |
more

In a digital era where anyone with a smartphone can take a photograph 25 year old Adam Rosenbaum likes to to do it the old and hard way, taking pictures on film that have to be doused in chemicals before he knows whether they have come out. Fortunately for him the hundreds of pictures he has taken in and around Griffin Park have properly ‘fixed’ as they say in the jargon. But the not so good news is that lockdown came before he’d photographed everybody and everything he wants to. So now, rather like the football season itself, the project of this Bees supporter is on hold with no idea if and when he can return to Griffin Park

Adam, a video producer at Sky Sports, got the taste for photography when a friend showed how a film camera worked and how ‘it is a bit more of a craft than a digital camera that does all the settings automatically’. He sends his photographs to a darkroom where a developer produces the prints.When he started the project Adam contacted some of the people he wanted to photograph and they agreed to meet up, others he saw at the ground and asked their permission to take their picture. Here are some of his favourites: 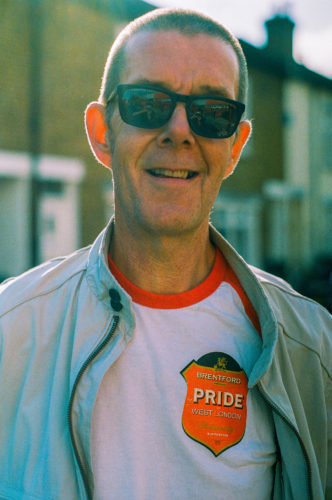 ‘The first photo I took for the project is a Bees fan called Keith who is a lovely guy and he barely misses a game. Him being so friendly helped kickstarted my project’. 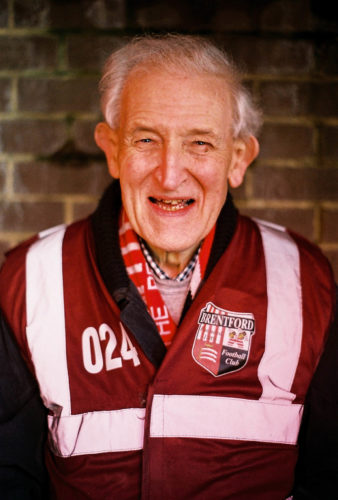 ‘To me this face is synonymous with matchdays at Griffin Park. Robert Chamberlain operates a turnstile in the Braemar Road, I’m sure a lot of Bees recognise him’.

When it come to photographing the playing side of Brentford Adam says ‘the club were really nice to me. They gave me a media press for the Middlesbrough game.I got there about eleven o’clock  and spent some time with the kit man Bob who is someone I really wanted to take a photo of. 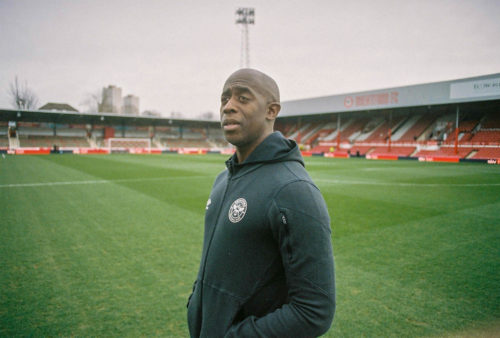 ‘Bob been kitman for about 9 years and has a sort of cult status among Bees fans.  I wanted to document lots of different people’s unique relationships with Griffin Park. Bob was very friendly and accommodating, we took some photos in the changing rooms pre-game and on the pitch, a surreal experience for me’.

Before the game, Adam asked a couple of players who were walking around whether he could take a photo. 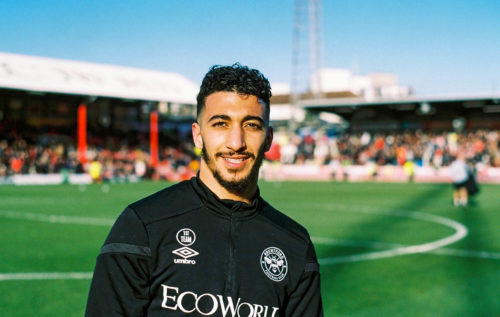 ‘As the players finished their warm-ups and headed towards the changing rooms I approached Said on the pitch and asked if I could take his portrait and he duly obliged. Even if it’s not technically the greatest photo it’s one of the ones I’m most proud of.’

Adam says all the pictures he’s taken have been developed and he’s gone through them all.He admits: ‘I became slightly obsessed with it’. His project is ‘definitely unfinished’ with only 70% of the photos he planned to take. ‘I’m quite gutted as I had some big plans for the final games of the season to get as much content as I could on these special occasions’. He’s still  hoping to get more and he’s open to new ideas for photos; ‘if anyone has got a cool storyline to do with Griffin Park it would be great to document that. But otherwise I will just be happy with about 70 of the pictures I’ve got.  I think they are good but I just don’t know what the hell to do with them. I always thought it would be great to have an exhibition or produce a book of some kind but now, like everything else, it is a bit up in the air’ 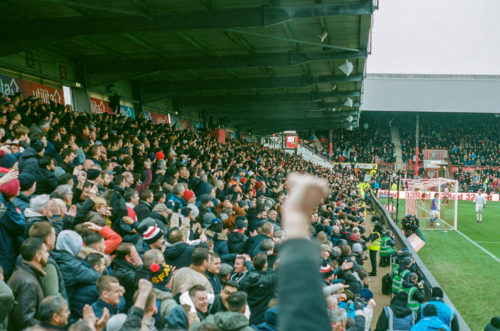 ‘I had a lot of photos of the Ealing Road and found it hard to pick one but I went for this because I feel like it captures what it’s like to watch football from a terrace. This shot is actually of a disallowed goal in the FA Cup game against Leicester, but I like the facial expressions and limbs that are spread across the terrace. One of my big regrets of the project is that I never managed to get a good photo of a really passionate goal celebration, mainly because I was too busy celebrating myself’.