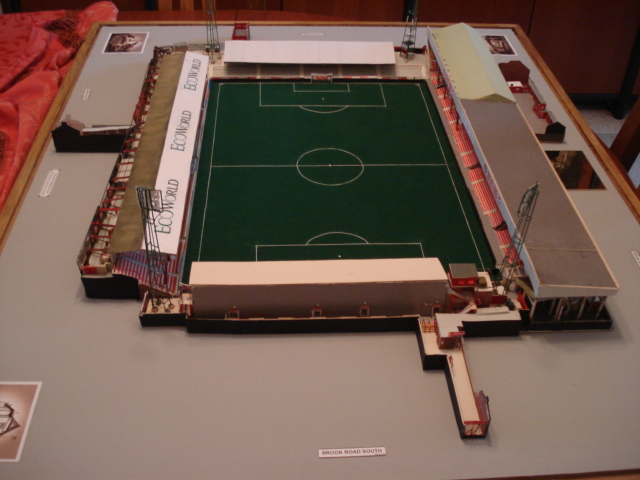 THE BEES FAN WHO HAS BUILT HIS OWN GRIFFIN PARK (TWICE)

Long time Bees supporter Dave Twydell has used the COVID lockdown well, building his second model of Griffin Park and making a video about what came before our old home.
Share |
more

Dave Twydell is a Bees fan who has a thing about old football grounds. He’s written books with titles like ‘Defunct FC’, ’Rejected FC’  and ‘Gone But Not Forgotten’ about clubs and grounds that dropped out of the Football League or no longer exist. ‘Rejected FC’ became a video and even a mini-bus tour. Dave has co-written histories of Brentford and Griffin Park and now in a burst of activity during lock-down he’s even built his second replica model of our old ground.

But his biggest challenge to date has been to research, script, shoot, edit and narrate a mini-documentary about the six places where Brentford FC played before moving to Griffin Park.The mini-documentary is called ‘Brentford FC.The six pre-Griffin Park Grounds’ and it is available on YouTube. Bees fans being an opinionated bunch the video has won praise on the Griffin Park Grapevine message board but has also stirred up debate about the exact whereabouts of one location,‘Benn’s Field’. This was the 1892 home of the club, named after Charles Benn who owned the field and the nearby pub,The Plough, which doubled as the dressing rooms.

Dave says; “This COVID thing gives you plenty of time. It took hours and hours to make a 13 minute video because there were very few illustrations of the different locations, virtually nothing. I made several visits and took my own pictures”. Dave made one discovery, an archive picture of the cricket pavilion at the ground in York Road where Brentford played from 1900-1904. “When you are an enthusiast and you find something new you get quite excited, whereas it leaves most people cold.” 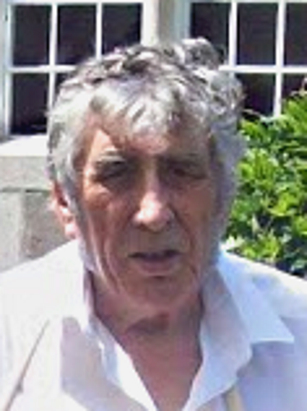 Dave was taken to his first Brentford match in 1954 by his father. Originally a structural engineer – ‘I’ve always been interested in buildings” – he and his wife set up ‘Yore Publications’ in 1991 to publish football books. In 1994 he also scripted an hour-long video documentary ‘English Football Grounds from Newcastle to Wembley’, some of them such as Ayresome Park  in Middlesbrough no longer exist. He and his wife retired 4 years ago which gave him the chance to return to another hobby.

In the 1980s he had made a replica model of Griffin Park, the size of a single bed which he built in two halves in his dining room over a period of about 3 years. It was delivered to the club before  the Centenary in 1989  and for some time it remained in the Police Room at the ground but later disappeared. Despite a fresh search by Bees United last year it has never been found. So Dave set to work to build another one and a Bees United donor contributed to the cost. 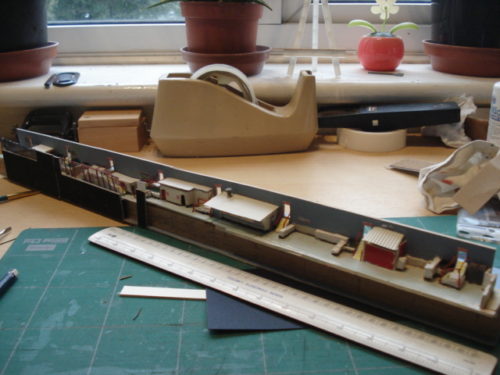 Stage by stage -creating the New Road side of the stand. 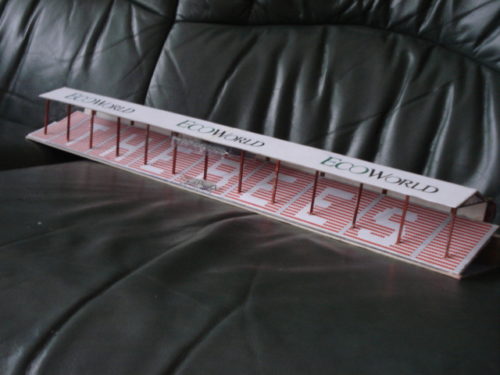 The New Road stand itself is ready- on Dave’s sofa. 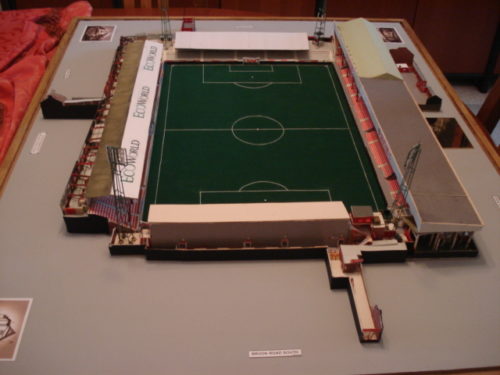 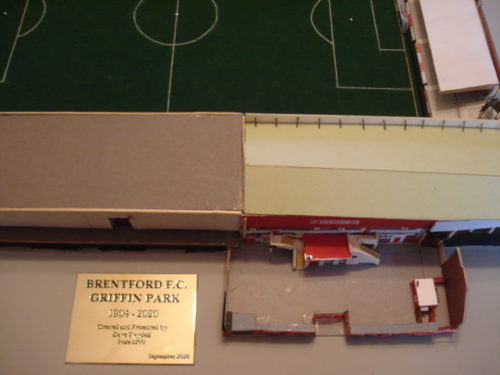 Time to add a plaque 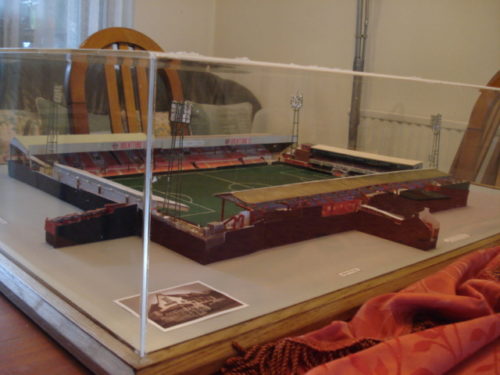 ..and a plastic dome to cover it.

The intention was to put the completed model in an exhibition about the history of Brentford FC which a local venue was going to host. The coronavirus put a stop to that plan but Dave soldiered on during lockdown and he has finished the project. The possibility of a post-COVID exhibition is being revived but in the meantime the completed model will remain at his home. “I think we will either put up with it on our dining room table or else I might be able to move it into the  garage” says Dave.

His family have got used to his devotion to the club and its history; “my dad was a supporter, I think his dad was as well, my wife was born in Brentford High Street and used to go to games. In pre-war days, her mother served tea at the Brook Road end of the ground and my daughter worked in a similar area in the early 1980s. One grand-son is a supporter and was a match day supervisor and the other was a turnstile operator in New Road. We are a true Brentford family.” 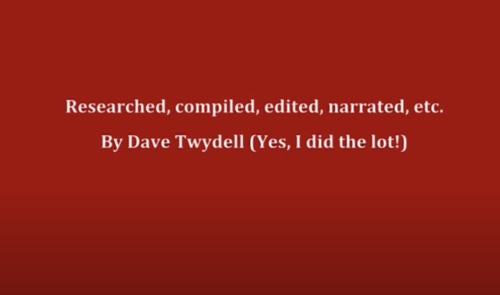 One of the credits at the end of the video. 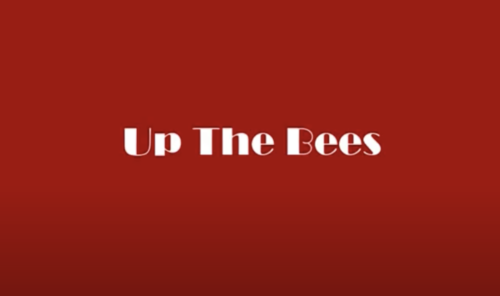 The final frame of the video.