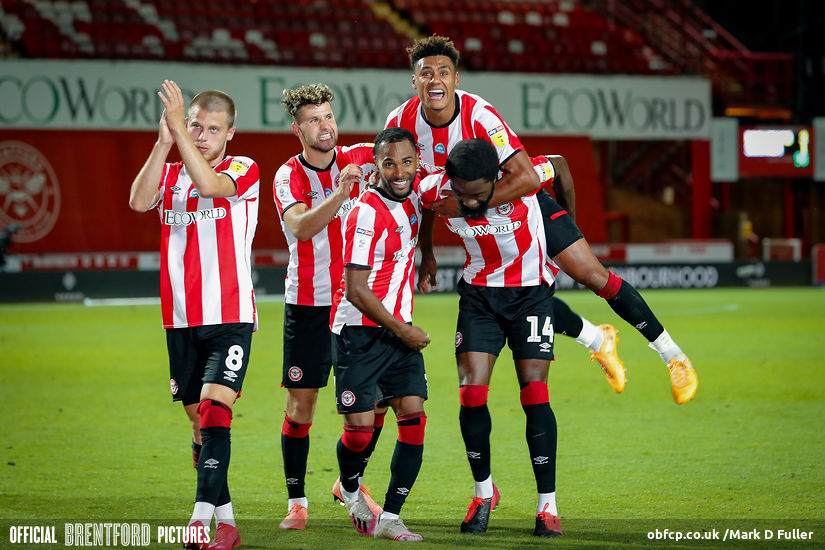 ‘SO CLOSE TO GLORY’

Brentford historian and BU Board member, Greville Waterman, a veteran of all eight disappointing previous playoff campaigns, goes into this final believing in 'new Brentford'.
Share |

Brentford gave Griffin Park the send-off it deserved on Wednesday night with a high energy “top, top performance,” as Thomas Frank might well have said, that Swansea City had no answer to.

After the 3-1 victory the dream continues as the season now goes into its 49th and final match next Tuesday evening at Wembley Stadium when Fulham  will stand between Brentford and a first ever promotion to the Premier League and a return to top flight football after a 73 year-long wait and hiatus.

The last couple of weeks have been a recurring nightmare for all Bees fans with the team seemingly running out of oxygen when within touching distance of the summit and failing to take the two seemingly gilt-edged opportunities to earn automatic promotion that presented themselves before West Brom finally managed to stumble over the line.

The Playoffs and Brentford go together like Superman and Kryptonite and the doom-mongers amongst us have been harking back to our previous eight unsuccessful attempts rather than simply looking forward and embracing the fact that there still remains a route available to the promised land of Premier League riches and the so-called delights of rearranged games, hype and VAR!

The Playoff first leg defeat at The Liberty Stadium on Sunday night was a bitter pill to swallow. The Bees appeared refreshed and re-energised after two stilted, hesitant and below par performances against Stoke City and Barnsley and were certainly up for the fight. They more than matched a skilful Swansea team which was on a massive high after snatching the final Playoff place from a self-combusting Nottingham Forest on the final day of the season.

Watkins, Benrahma and Jensen missed presentable opportunities to give the Bees the lead their slick football deserved, but the tide turned on the hour. A trip on the dangerous Brewster gifted the home team a penalty but Raya’s brilliance denied Ayew. Rico Henry, perhaps overcome with the tension and excitement of the moment then launched himself into a firm but fair looking tackle on Roberts who crumpled and howled like a stuck pig. The home bench and team rose as one in protest and apparently at the behest of the Fourth Official – who just had to be called David Webb – the red card was raised with a flourish against a Brentford player for the seventh time by the ineffable Keith Stroud.

The tide turned after this body blow and the Bees conceded an admittedly brilliant team goal scored with an impressive volley by Ayew. It was a backs to the wall effort from the ten men and the tie ended with a deeply frustrating third consecutive defeat in yet another match in which the fates and Gods had laughed at us.

There is nothing more dangerous than a wounded animal and the Bees were distinctly irritated both at the red card decision itself, which was harsh in the extreme, as well as the reaction from the Swansea team and officials.

Thomas Frank was defiant and insisted that the decision would be rescinded on appeal and he was proved right when on Tuesday lunchtime the Bees received the first good news for which seemed likes aeons when the FA decided that the red card had been awarded in error and that Rico was free to play in the second and decisive leg.

A smile finally crossed my lips when I learned of this but this was simply the righting of a wrong as poor officiating had almost certainly cost Brentford at least a draw at the weekend.

After many decades of watching Brentford and seeing the cup of triumph dashed from our lips on so many previous occasions – and no, I will not depress everyone by listing them again, I was not feeling too confident before the second leg – but this is new Brentford that I am talking about, one that is not weighed down and hamstrung by previous failures and inabilities to rise to the occasion and get the job done.

The performance on Tuesday night could hardly have been bettered with the team showing an unbeatable combination of pace, imagination, organisation, determination, energy plus, of course, pure brilliance in brushing aside the challenge of what was a pretty decent Swansea team that must surely have been expecting to complete the job started on Sunday.

There were thirteen heroes on the pitch who were well aided and abetted by the coaching and support team and a mention has also to be made of the referee Chris Kavanagh who controlled the game calmly and efficiently, was not taken in by diving and rolling around by the visitors and let the players remain at centre stage rather than trying to be the star of the show himself.

So what happens next? Can Brentford replicate or even improve upon their last performance and win the day at Wembley? We will know the answer very soon but in the meantime we can all be delighted and bolstered by the fact that Griffin Park tasted victory in the last of the 2,638 games it has hosted over the past 116 years. And what a victory it was.

Let’s just wait and see if we can overcome the last obstacle and achieve glory next week. We are so close, now let’s just go and get the job done!