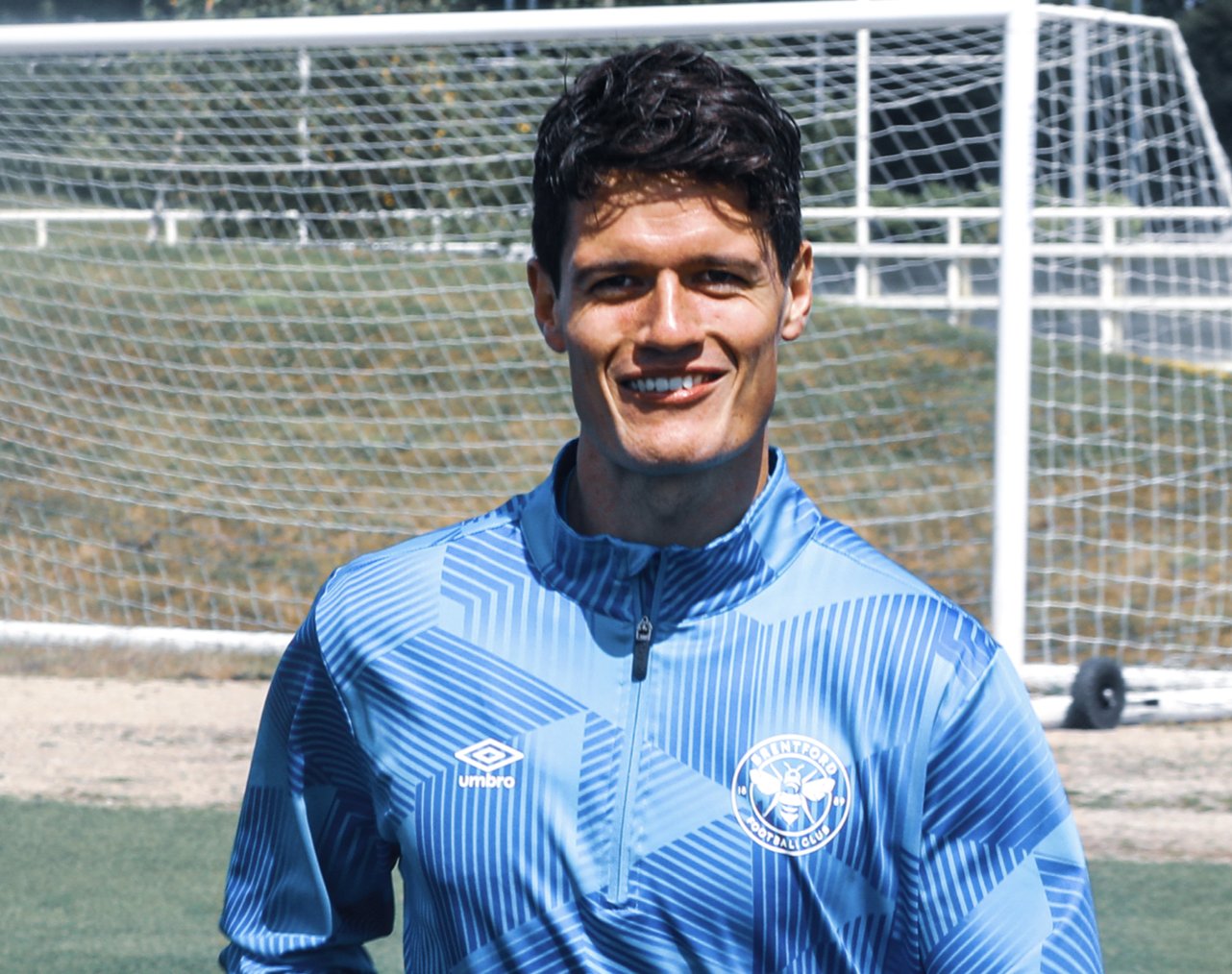 'A Danish team with a distinct Brentford flavour’ is remembered by BU Contributing Editor Bill Hagerty as he looks back at the Euros.
Share |

In the end, it was tears before bedtime. But what dreams of glory had flourished throughout the country before England’s impressive challenge for the European Championship fizzled out as midnight approached last Sunday.

The day it seemed just like that on any other sleepy weekend. Pubs with gardens or terraces in Chiswick and Brentford were doing brisk business at lunchtime, with families enjoying lazy lunches and, for the less hungry, beer and wine brought to their tables. At the Express Tavern, in the shadow of Brentford Football Club’s handsome but barely used new ground, plastic containers of draft Bass were dispensed to occasional callers in search of takeaway refreshment.

Conversation dipped in and out of the day’s big event: England versus Italy at Wembley Stadium for the culmination of Euro 20, a year late because of Covid but remarkable also because the host nation’s team had reached the final, the first such achievement in a major football competition since 1966.

All was right with the world in this end of the enormous Hounslow borough. Well, for a while at least. As kick-off time approached, pubs – those with TV screens ready to bring the action from Wembley into homes and hostelries –   began to fill up, soon to be overflowing.

Now chatter concentrated on England’s path to the final, especially the semi-final in which they had beaten a Danish team with a distinct Brentford flavour. Included in Denmark’s squad were two prominent members of the one that boosted the Bees into the Premier League in their recent glorious season’s end. Midfielders Christian Norgaard and Mathias Jensen started the final on the substitutes’ bench, but both were propelled late into the fiercely fought game. Jensen, the last substitution, soon suffered a leg injury and had to vacate the field, leaving the Danes with only ten men. Bad luck, agreed the pre-match drinkers. Not for England, pointed out others.

With 60,000 socially-distanced fans inside the stadium, and several hundred more – without tickets if course – battling stewards in order to get through the turnstiles, the preliminaries did little to enhance the reputation of the English football fan. The marauding crowd caused a temporary lockdown to restore order and the Italian national anthem was roundly booed. What film star spectator Tom Cruise made of it all, heaven knows, although his constant flashing of one of the world’s most famous smiles indicated that he may not have noticed anything amiss.

So, to the game, which began with a firecracker of a goal that sent the spirit of England fans soaring and reduced the appalling behaviour of jerks inside and out of the ground to a minor note in history. Kieran Trippier’s perfectly crafted cross was met by Luke Shaw with a thumping half-volley that zipped past goalkeeper Gianluigi Donnarumma. Two minutes gone. England 1-0 ahead. Oh, happy day!

And Gareth Southgate’s spirited side continued to look like winners until Italy manager Roberto Mancini shuffled his pack with the skill of a Mississippi cardsharp and turned a good team into polished unit that shoved being sucker-punched to the back of their minds and set out for revenge.

From then on England struggled to survive, a task made even harder after 67 minutes when Italy scored a goal: an untidy, scrambled goal by Leonardo Bonucci following Jordan Pickford’s splendid save of Marco Verratti’s header, but a goal, nonetheless.

The substitution of Jack Grealish for Mason Mount added sparkle to an England side by now in dire need of some spit and polish and he might well have had a penalty when fiercely clattered by a rampant Jorginho but for referee Bjorn Kuipers’ disinterest bordering on somnambulism. But it was too little, too late and Southgate’s introduction of Marcus Radford and Jadon Sancho with only minutes left to play was patently aimed at providing two deadeye marksmen for the penalty shootout to come.

Only it didn’t work, with a trio of misses – 19-year-old Bukayo Saka inexplicably was drafted to complete the final humiliation – ending England’s excellent and sometimes inspired campaign.

So tears of some players and many in the crowd was all that remained of just another Sunday. That and the litter, beer breath, a shroud of disappointment and what-might-have-been discussions that would last into the night.

Oh well, there’s always the World Cup next year, said a fan at a neighbouring table in the pub. ‘And only five weeks to Brentford’s first game in the Premier League’ said my mate Charlie. ‘How bad is that?’