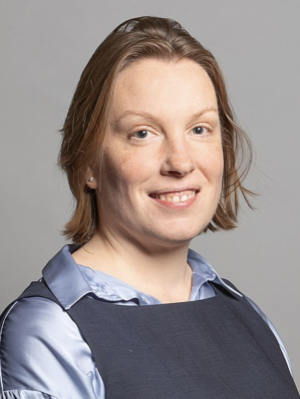 Bees United is pleased that the official review by Tracey Crouch MP into the future of football has produced an interim report which supports ‘a golden share for fans' as we suggested. We’ve summarised her main findings.
Share |

Tracey Crouch MP and her expert panel of advisors heard over 100 hours of oral evidence from fan groups, leagues and clubs at every level of the professional game. Among them were the Chairman of Bees United Stewart Purvis, the Chairman of Brentford FC Cliff Crown and  the owner Matthew Benham. Gemma Teale of BIAS and LGBeeTs was part of a panel representing the Football Supporters Association. Ms Crouch also received over 70 documents of written evidence and conducted a survey which had 16,000 responses.

In her update to the DCMS Secretary of State,Oliver Dowden, she sets out what she calls her  ‘preliminary findings and recommendations’ and stresses ‘there is much work still to do’.

However she wants to put on record now that she has reached one concision which is that ‘in order to protect the future of key aspects of our national game a new Independent Regulator for English Football (‘IREF’) is needed.’

It is interesting what she thinks such a regulator should do and not do. “I believe that IREF should be established to address issues that are most relevant to the risks to the game and already at least partially a matter of English law – particularly financial regulation, corporate governance and ownership’.… However, I do not believe that IREF should cover ‘football issues’ such as the running of league competitions, video technology, the national game, Wembley Stadium, the delivery of a grassroots strategy and other such matters which should remain with the existing bodies’

Some organisations had argued against a new regulator arguing that the FA is the governing body of football in England but clearly she doesn’t think the FA is reformed enough to do that. Instead she says: ‘It may also be that at some point in the future a substantially reformed FA could absorb the functions of IREF, though evidence received indicates this possibility is some way off’. It is a stinging criticism of the FA.

You can read the full document here.

From the Bees United point of view (see our evidence in the June newsletter) the sentence which caught our eye was this : ‘I therefore intend to develop proposals with the Panel to offer greater protection for these important assets through a ‘golden share’ for fans, giving veto powers over reserved items, to be held by a democratic legally constituted fan group’. Bees United has a ‘special share’  in Brentford FC which gives us veto rights on certain issues.

We welcome this. As to what particular assets would be protected by such a share she writes: ‘The most pressing of these has been the many clubs who appear to have lost the rights to their home grounds, but much evidence was also received of concerns relating to items such as club badges, location, colours and competitions”.

On the equally important subject of club governance she is very positive on the importance of independent directors. Brentford FC has a good record on this compared to some clubs which have none.

Although Bees United was very positive about our experience of having a representative on the club board  it appears other fan groups were not. Tracey Crouch writes: ‘To date, there has been no consensus in the evidence presented to the Review on the correct vehicle for such fan engagement, with suggestions such as fan appointed directors not universally favoured by supporter groups. Indeed, evidence was received from existing fan elected directors of some significant difficulties that they face’. It appears that the case for fan elected directors is dead. But Bees United will continue to argue that case whenever and wherever is appropriate.