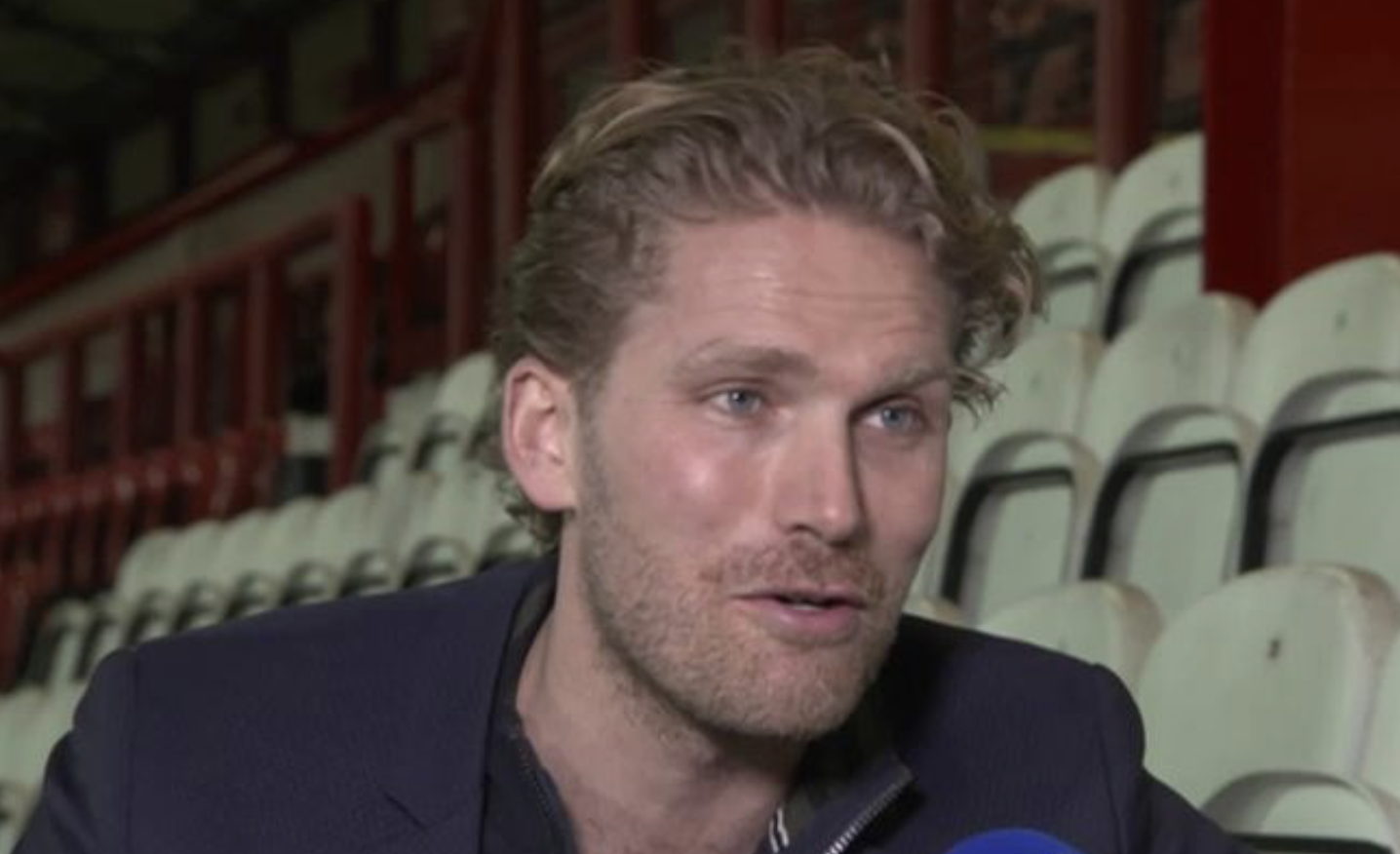 MY TRIBUTE TO GRIFFIN PARK BY RASMUS ANKERSEN

Brentford FC's Co-Director of Football, Rasmus Ankersen, has posted a tribute to Griffin Park. It appeared as a stream of tweets from @RasmusAnkersen on the day that was meant to be Brentford's last home league game against Barnsley.His tribute was warmly welcomed by Bees fans and Ras has kindly given permission for it to appear here as an article.
Share |
more

Brentford FC’s Co-Director of Football, Rasmus Ankersen, has posted a tribute to Griffin Park. It appeared as a stream of tweets from @RasmusAnkersen on the day that  was meant to be Brentford’s last home league game against Barnsley.His tribute was warmly welcomed by Bees fans and Ras has kindly given permission for it to appear here as an article.

May 6th 2013 I faced Griffin Park for the very first time. A few weeks earlier I had met Matthew Benham and he kindly invited me for the second leg of the playoff semi final against Swindon. I had flown into Heathrow Airport many times wondering not only how much you could charge for advertising on that roof, but also which club that little ground belonged to. Now I knew.

Had it not been for the old floodlights, which looked more like massive telephone poles with satellite dishes randomly placed all over them, I would never have guessed you could squeeze a football ground in there. The match was spectacular. 3-3 followed by a penalty win for The Bees and a ticket to Wembley (we won’t talk about what happened there). After the final whistle I suddenly found myself part of a massive pitch invasion. I thought that kind of thing wouldn’t happen in modern football anymore, but no one seemed to care at Griffin Park. 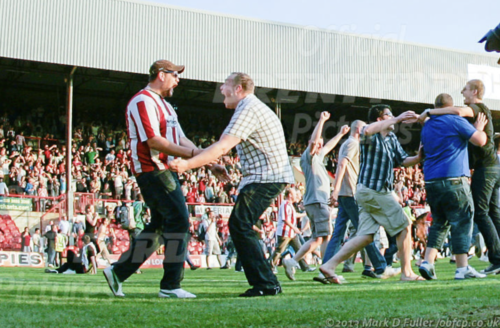 6th May 2013 Brentford beat Swindon in play off semi-final

Matt invited me to the dressing rooms. I remember having a look into the away dressing room and thinking that is a prime example of psychological warfare before the battle has even begun. Not quite designed for comfort. Over the past few years I have had a lot of fun imagining the facial expression of a relegated Premier League millionaire walking into that dressing room for the first time. It is almost as if it is designed to crush their confidence, silently communicating: you are not better than this, and for 90 minutes today we are going to drag you through hell. To this date I still wonder if there is actually hot water in the shower in there.
My first visit to Griffin Park felt like entering a time warp. While football has become ever more commercial, invaded by suits and sky boxes, GP seemed to have gone under the radar, almost deliberately resisting to change. It was a football experience the original way. For five years I have had the privilege to help run this amazing football club. In an emotional industry my job is to make non-emotional and rational decisions, but I must admit that I felt a little emotional today 2nd of May. I guess this ground really got me.However, one thing has annoyed me since I stepped into Griffin Park for the first time, almost as much as that last minute equaliser by Bristol City earlier this season. At the New Rd stand, about second block to the left when you are watching from the Directors Box, there is a Danish flag with a Brøndby IF logo (the Danish club I grew up wanting to beat) printed on it. I would appreciate if we can please leave it behind when we move.
A couple of years ago I was travelling abroad to meet a potential new player and back at Heathrow Airport I was picked up by a taxi driver. He had recognised my name, and on his pick-up board underneath my name he had written “Come On Your Bees”. His name was Mick, 75 years old and been to Griffin Park for the first time almost 70 years ago with his grand dad. He still has the same seat. That was the day I really realised I was part of something bigger. My short history with the club is nothing compared to many of the Brentford fans who are second and even third generation Bees, but over the past five years Griffin Park has felt like home to me too. When hosting guests I have often found myself passionately telling them about this ground as if it was my home. About the four pubs. About it surviving the second world war bombings. About the failed QPR take over. About Trotta smashing that penalty onto the bar.
Today was supposed to be a very special day to share with everyone who cares about Brentford. Unfortunately something unexpected came up, but all the memories will live on. I am proud to have played a tiny role in the big history of this ground. They say that to build a space shuttle, you have to know about the Wright brothers. Anyone who wants to build a football stadium, should know about Griffin Park.
Looking forward to see all your Bees again soon.
Share
more