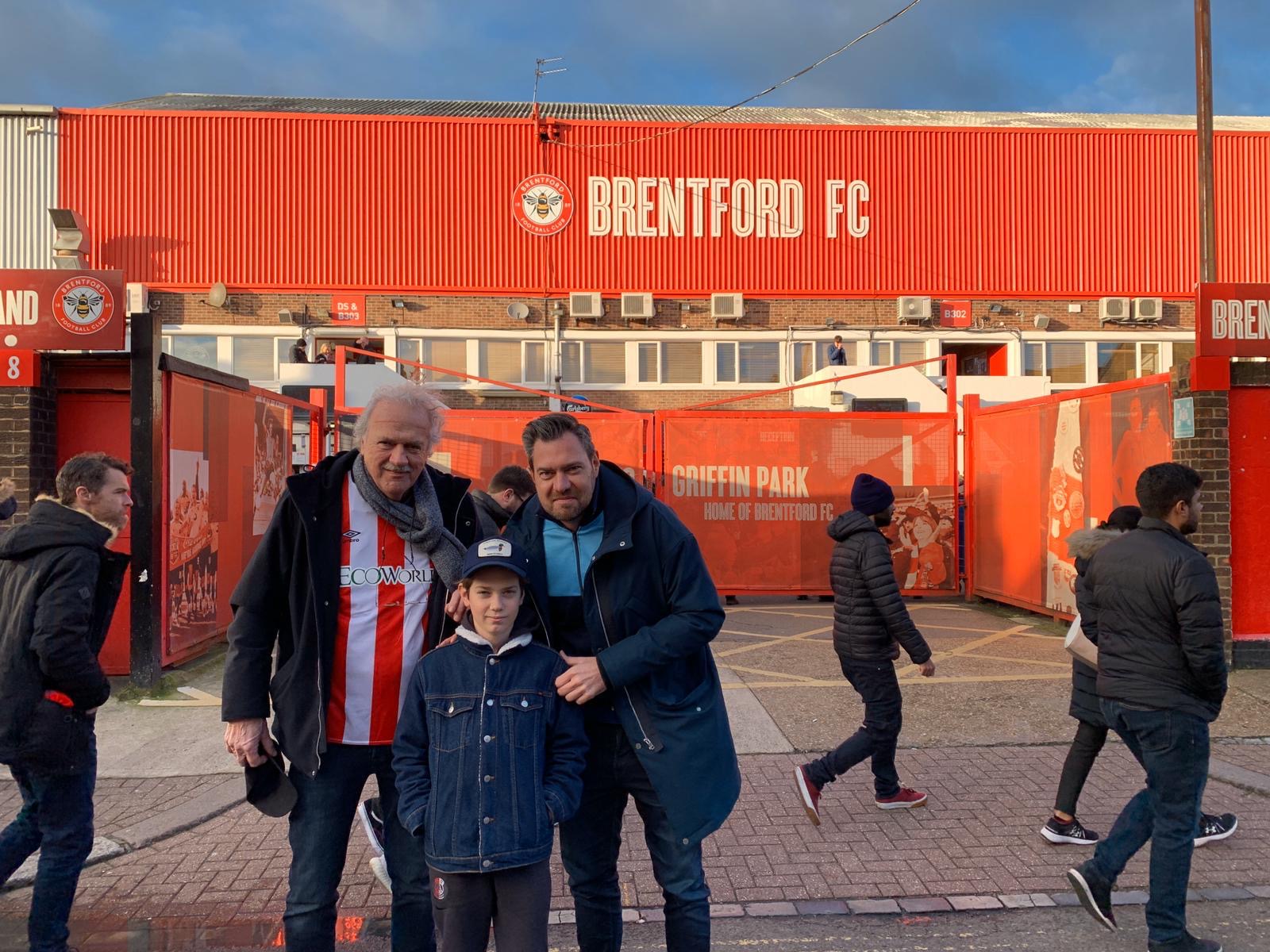 DID YOU SPOT THE DUTCH TV BEE?

Stewart Purvis talks to the Dutch TV pundit who has been a Brentford supporter for a decade and a half.
Share |

If you were at Griffin Park on Saturday you may have spotted  a top TV pundit standing with his mates on the Ealing Road terraces. He won’t have been immediately recognisable to us Bees fans but in Holland Sjoerd Mossou is a very big deal, a star football columnist on the country’s biggest newspaper who appears on their equivalent of the Match of the Day. And Sjoerd may be one of the reasons why so many Dutch football fans are coming to Griffin Park, after all he wrote a book telling them to.

The story begins in 2003 when Sjoerd, then a 23 year old freelance football reporter, decided to move to London to make a living covering the Dutch stars of the Premier League, Hasselbaink, Bergkamp, Van Nistelrooy for media back in the Netherlands.

He rented a small flat in Ealing and decided to check out the local club. As he was busy covering the Premier League the only opportunity to go Griffin Park was on a weekday evening to watch a reserve game with about 200 other people. Sjoerd says it was love at first sight, not just the grand old ground but the streets as well, so ‘down to earth, cosy’. The stadium itself brought back memories of what the club he supported and still supports, NAC Breda, was like until a new stadium was built in 1996. He became a Brentford fan and to this day his twitter account @sjoerdmossou lists ‘BrentfordFC’ among his interests.

He took the Brentford link one step further by a coincidence. He discovered that a local football team was looking for a goalkeeper. That was his preferred position so he applied and joined the team run by the Beesotted crew. He remembered his Sunday mornings in Gunnersbury Park: “We rented a field for 90 minutes from the manager of the park. There were only aluminium posts. The home playing club had to bring the nets and corner flags. We were then hanging up goal nets on a kitchen step on a Sunday morning’ .He found this  ‘romantic’ but it also made him appreciate how much better amateur clubs are organised  in the Netherlands.

After 18 months in England he got an offer to return to Holland as the Ajax correspondent of the Dutch newspaper Algemeen Dagblad’ and that paper has been his base ever since as his career has developed into television and books. He first appeared on the state channel NOS talking about Dutch league football and is now a regular pundit on Fox Sports who have the rights to live games. But he has always found time for Brentford, travelling to games between one and five times a year, normally to Griffin Park but also to away games such as QPR and even Tranmere back in the days of League One. This season he’s planned seven trips already and wants to visit Griffin Park as many times as possible. He’s even brought his father and his son. In 2012 Sjoerd wrote a book in Dutch about football clubs in London in which he singled out Brentford as ‘the most authentic, old-school British, most pure’. He says that at the time Brentford was probably the most unknown to Dutch fans but now ‘when I am at Brentford I’m surprised how often I hear Dutch spoken around me’.

Like many Brentford fans he has mixed feelings about leaving Griffin Park. He has nothing against new stadiums and there are many in Holland like Brentford’s new one. But to him coming to Griffin Park is ‘a special thing, like going back to the 1990s’.

This Saturday he got a welcome dose of that as he stood in the Ealing Road end with the friends he has made over the years at Brentford. Then on Sunday it was back to 2003 as he joined up for a reunion game with Beesotted but this time he was playing against them with JEKA, a club his father played for. Sjoerd joined at eleven and has been there ever since. He once played in the first team, now at 42 he’s in their fourth team and JEKA 4 is the Sunday league team he will be bringing over. He writes about the joy of amateur football and the places where they play; ’If you play together for so long, you will also experience a lot together. Someone gets a divorce, gets fired, has a child or not’.

So it was a very Brentford weekend for Sjoerd (to pronounce it try ‘sured’ as in insured and assured), TV pundit, reporter, author, editor, goalkeeper and for 90 minutes against QPR on Saturday afternoon a very Dutch Bee. And didn’t the game turn out well. Sjoerd says he had a ‘brilliant weekend’. He really enjoyed the QPR game and on Sunday he played in goal for his old mates on the Beesotted team against his own club from Holland known as JEKA  4. The score was Beesotted 2 JEKA 4 4!