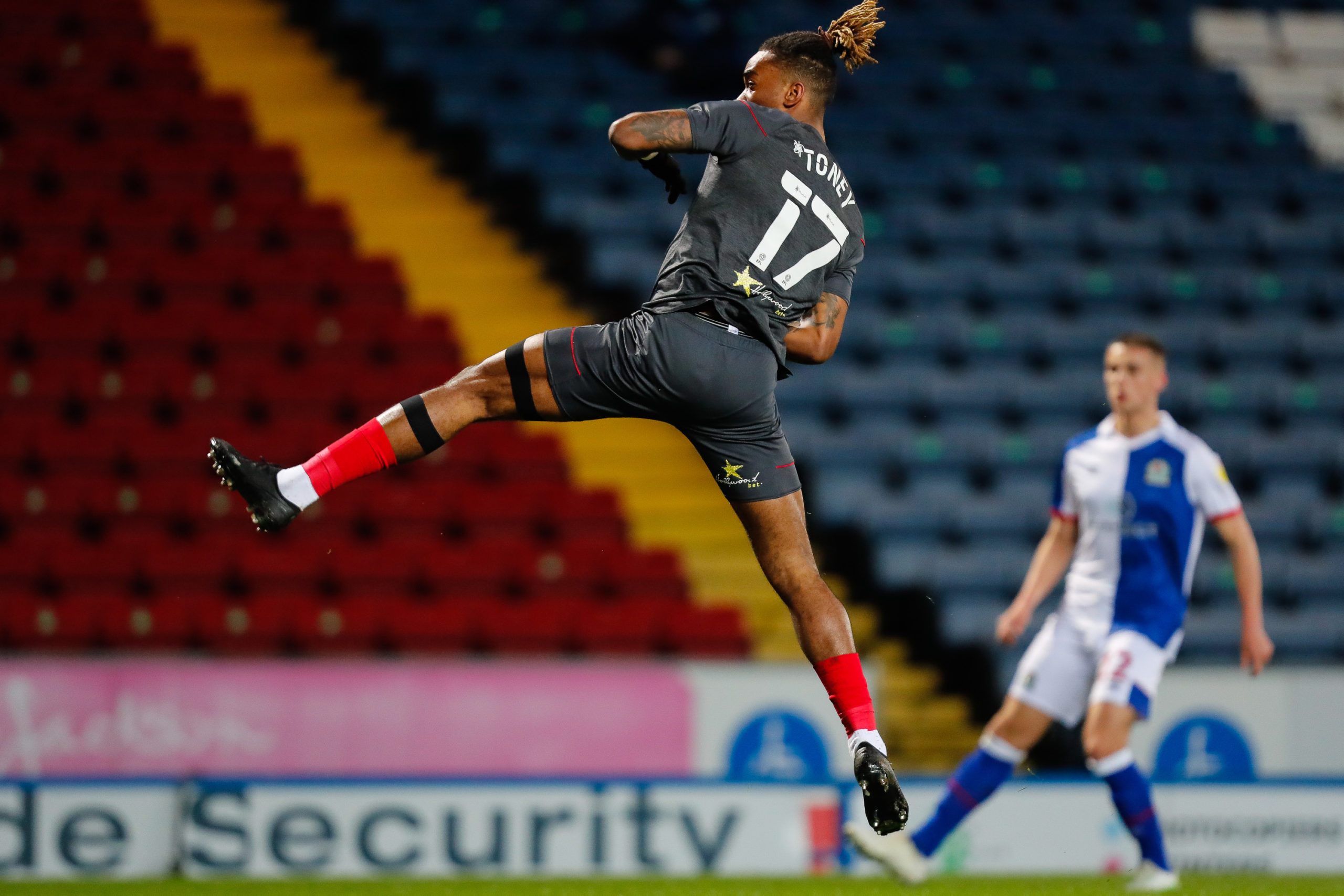 ‘JUST MAYBE THE GODS WILL SMILE DOWN UPON US’

Ivan Toney, nominated for EFL Championship Player of the Year, leads the Bees into the Play-Offs and BU Contributing Editor Greville Waterman says fans should be in a 'positive, confident and phlegmatic frame of mind'.
Share |

My friend Andy is an exiled Rotherham fan marooned in North London and as he does not have Sky TV he inveigled his way into my front room on Tuesday night and suffered and squirmed as his beloved Millers demonstrated effort and energy in abundance but a sad lack of the necessary quality as the Bees deservedly earned a narrow 1-0 win and Rotherham teetered on the relegation precipice with their fate still to be decided as the season comes towards a dramatic conclusion.

Watching poor Andy’s agony throughout what must have been 94 minutes of torture for him and the hangdog expression on his face as he sadly wended his way home resigned to visiting the likes of Gillingham and Fleetwood next season provided me with a salutary reminder not to take things for granted, as well as just how lucky we are to be watching a Brentford team who in reality are no bigger a club than the Millers and yet there is a yawning chasm between the two teams in terms of quality as we are currently massively punching above our weight.

It has been a bizarre couple of months for the Bees. If you had told me that we would have gone on a run of ten matches without defeat after narrowly losing at Carrow Road at the beginning of March I would have confidently have expected that we would now be on the verge of clinching our automatic promotion to the Premier League. What I would not have anticipated is that six of those ten games would have ended in frustrating draws and it is our failure to get over the line and finish teams off that has condemned us to the misery of the Play-Offs – yet again.

I have just used a pretty pejorative term to describe the end of season lottery that is the Play-Offs and yet in reality, we should embrace them as we will shortly be embarking on a mini-tournament with a 25% chance of winning the Golden Ticket to the promised land.

I am old enough to remember all nine of our previous fumbling efforts to triumph in the Play-Offs since 1991 and, to be quite frank, in none of the four Play-Off Finals that we reached in 1997, 2002, 2013 and 2020 did we really turn up at either Wembley or the Millennium Stadium and beyond a totally unexpected Semi Final First leg victory at Bristol City in 1997 and the wonderful exhibition of pure attacking football that we exhibited against Swansea in the last ever match at Griffin Park it is hard to remember a Play-Off match where we have ever performed anywhere near our true potential.

As far as this season goes, we should be entering the Play-Off lottery in a positive, confident and phlegmatic frame of mind. Yes, it is terribly disappointing that we have been unable to gain automatic promotion but we all know the reasons for not doing so. The lack of rest and preparation time and an initial slight hangover after the disappointment of last season’s Wembley defeat, selling our two best players in Ollie Watkins and Said Benrahma, the distraction caused by the amazing run to the Semi-final of the Carabao Cup, the lack of fans at all but a couple of matches and the catastrophic and seemingly never-ending series of injuries to key and irreplaceable players which have meant that the likes of Pontus Jansson, Rico Henry, Henrik Dalsgaard, Josh Dasilva and Christian Norgaard have missed vast swathes of the season.

To have achieved the same points tally as last season with still two matches to play and to have lost a mere seven matches in total is an incredible achievement, particularly given the nine frustrating games we lost 1-0 last season. It is galling that we are currently the Championship’s top scorers with 74 goals and a slightly more even distribution of them would surely have turned some of our 15 draws into the victories needed to have won promotion automatically. We must also celebrate our beating no less than four Premier League teams in the Carabao Cup.

Yes, there is naturally some disappointment that we could not have gone one step further in the Championship but given the obstacles and problems that we have faced it has been a magnificent season.

I do not intend to single out many players as it is a team game however it would be invidious not to mention Ivan Toney who has been the best player in the league this season and is currently on the verge – and the width of a goalpost away from reaching the 30-goal milestone he so thoroughly deserves.

It remains to be seen if we can overcome our Play-Off hoodoo and strike gold at the tenth time of asking. But why shouldn’t we? We are an exceptionally talented and well-organised team that is full of confidence and hard to beat and one that is entering the Play-Offs on a high given our current undefeated run.

I am no mathematician or expert on probability and I know that there are many statisticians and analysts employed by the club who can prove through theory and logic that our previous failures can have no bearing on how we will perform in the Play-Offs next month. We start again with a clean slate.

We, the fans, need to keep as cool and calm heads as the players and team management and maybe, just maybe, the Gods will smile down upon us.

It has already been a season to remember and perhaps the best is yet to come?