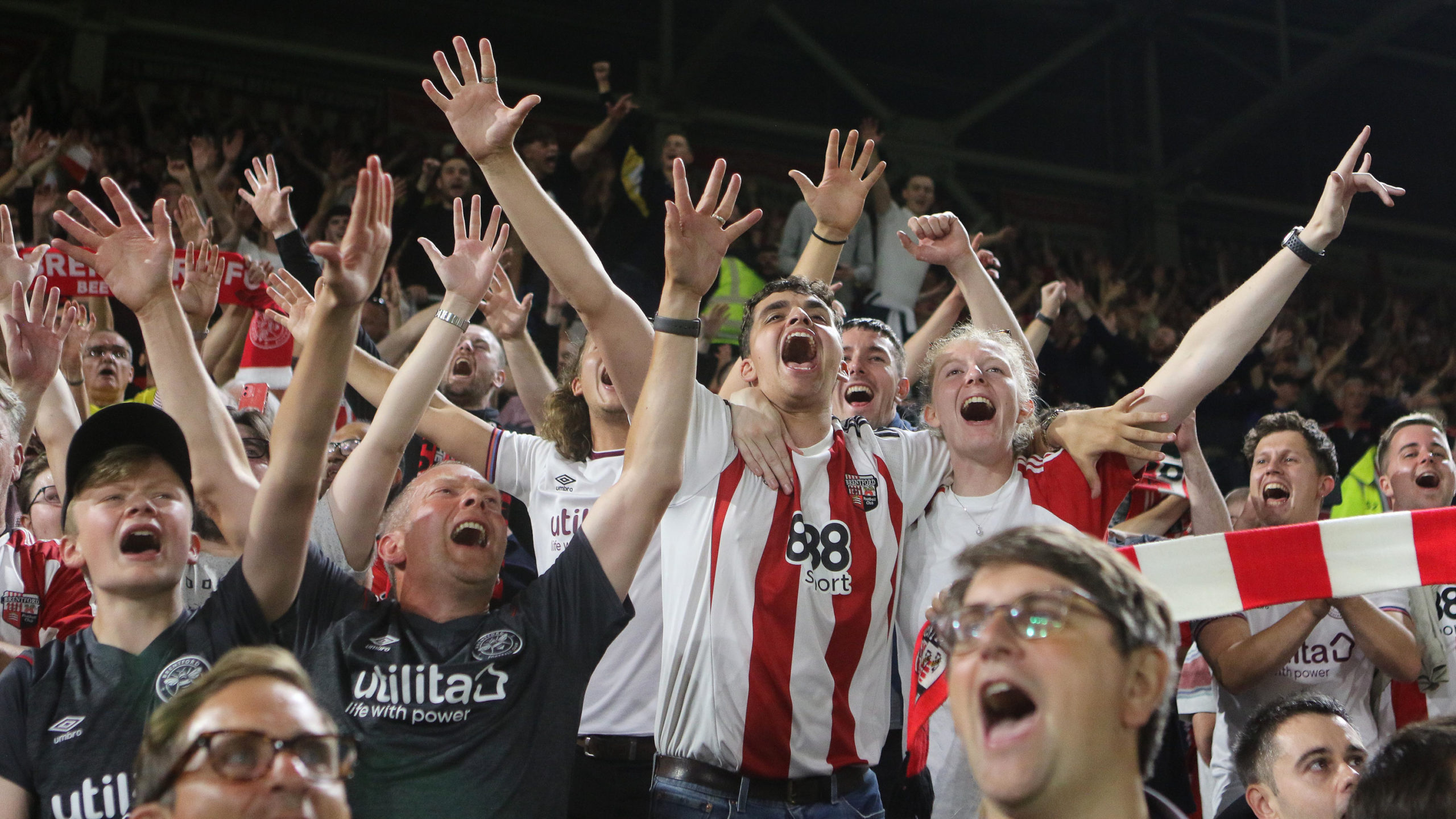 HOW WAS THE ARSENAL GAME FOR YOU?

That's the question we put to some Bees United board members the morning after.
Share |
more

JIM WALSH ‘Supporter 44 years, BU Member since 2001 (since the start) and BIAS for probably about 25 years’.

13th August 2011 – a League One defeat at Sheffield United (following a League Cup first round defeat at Hereford). 10 years later I enjoyed possibly my best day in over 40 years supporting the Bees.

It was more than a dream come true. The buzz approaching the new stadium, meeting with friends not seen for 18 months, everyone smiling, disbelieving we were here – our first game in the top-flight for 74 years (our first ever in the Premier League – against Arsenal, a giant of English football).

That it was under lights just added to the occasion. Even pre-match, it was electric – “Hey Jude” as the Arsenal team entered the cauldron was spine tingling – and I’m sure would have sent a shudder through our opponents. Every Bees player, every Bees fan, gave everything they had – Bee Together exemplified. The “bus stop in Hounslow” were excellent and deservedly beat our illustrious neighbours.

The night typified all that’s good about Brentford. Among many moments I’ll never forget:

The Arsenal game was my first visit to the Stadium and all I can say is Wow!  My main concern leaving Griffin Park was, would our new home be as close to the action and as atmospheric?  I really feared a soulless new stadium (like many I’ve been to) but instead we have a soulful one!  The best compliment I can pay to all those involved in creating it is to say “Thank you” for creating a 21st Century Griffin Park.  Our first Premier League game showed what sort of atmosphere can be created; the challenge to us supporters is to keep that going for the rest of the season and beyond.

What a way to showcase the start of the Premier League Season and show what Brentford is all about to a worldwide audience.  I saw, skill, hard work, out thinking the opposition, togetherness, respect and good manners regarding Rob Rowan/Bukayo Saka, a deep connection between players and supporters (the clips with Woody were particularly touching), a fantastic atmospheric new stadium and a deserved win for the Bees!  In the best league world there will no doubt be tougher days ahead but, with continued togetherness, I suspect a few betting companies and pundits might just be proved wrong at the end of the season.

DON TANSWELL’ I’m a junior supporter – but retired from work! First match, Bees v Norwich, 1st January 2019, shivers up and down the back of my neck to feel that family atmosphere’

A song, sort of about hope, kept on going through my mind before Friday.

Then all of a sudden, the six year old grandson arrived to watch his first ever match and before we knew it, after a quick walk along the river there were crowds and crowds and crowds and we arrived at a big full stadium with noise and noise and noise. Nerves, thrills and expectation mixed together amongst our great big crowd. Youngsters growing up by the minute with their future key moments to savour and oldsters getting younger as every kick got us closer to the biggest moments in decades of memories for some or in more recent memory for myself, plus Ryan and Niall who came all the way from Dublin.

I know some of us said we dared not to dream because it was all too much to hope for, so what more can I say that you don’t already know, well, it’s that song which actually came true around 9.48, which starts like this…
“Fairytales can come true, It can happen to you, If you’re young at heart”
We all become kiddies again that Friday night, I know I did