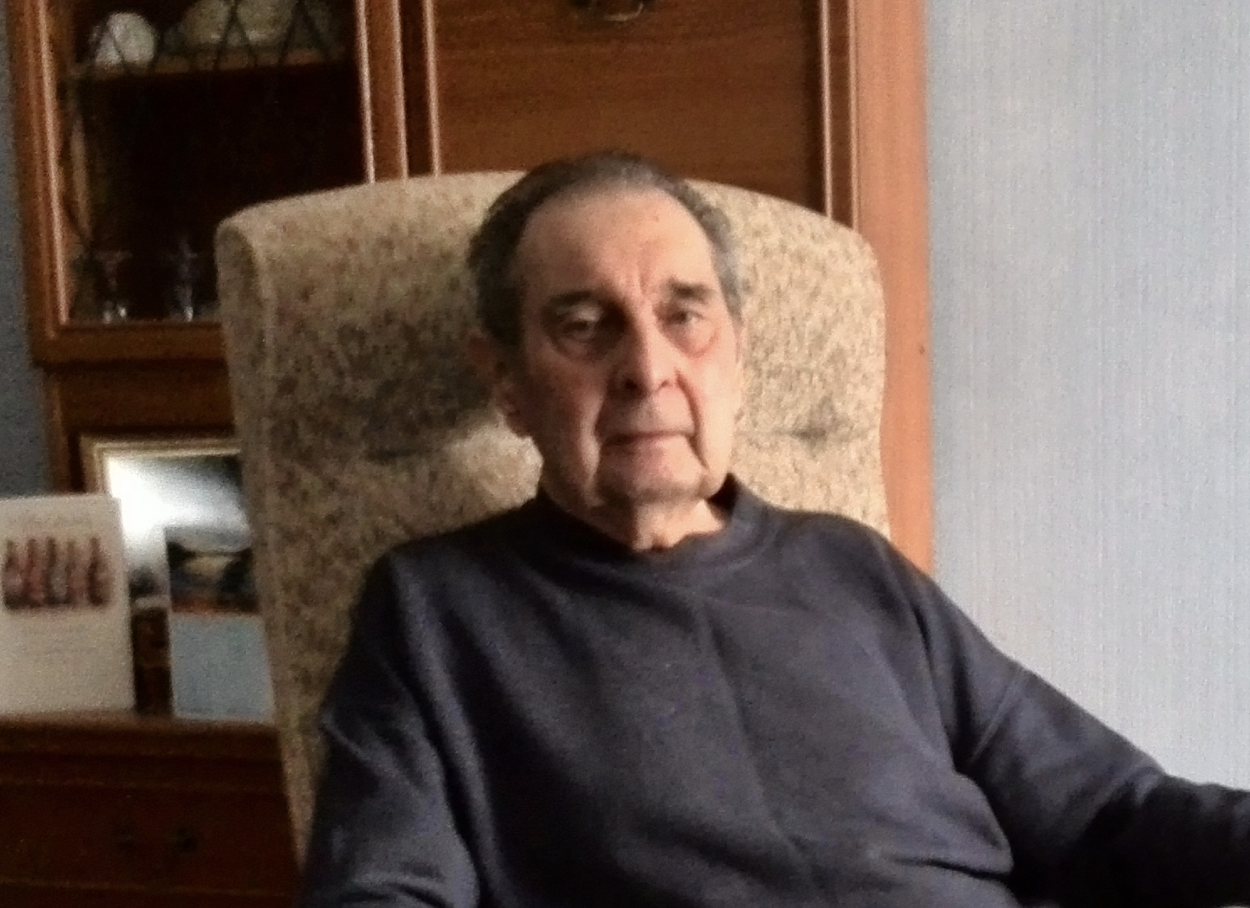 NOW RON, A BEES FAN FOR 85 YEARS,IS BACK IN CONTACT

Ron Fishlock is 96 and has been a Brentford fan since the age of 11 so that’s 85 years a Bee. By joining BU his daughter Chris also helped BU connect with him. BU Chairman Stewart Purvis explains.
Share |
more

At the start of this year 459 Brentford supporters were receiving the Bees United newsletter by email each month. Now it is more than 1,250 and that’s an extraordinary increase by any standards. As the Editor of the newsletter I would love to say the reason is the quality of the journalism, but the truth is that it is the work of one man sitting at a computer in Cornwall.

The story starts with something called GDPR – ‘General Data Protection Regulation’, the European directive on data protection and privacy. It is one of those rules that you think ‘surely that can’t apply to a small organisation like us’. But it does and as a shareholder in a very professional club like Brentford FC we decided to take it seriously too.

BU’s traditional systems once recorded up to 4,000 members when it was running the club. Over time what was once the BU database morphed into the BFC database. The problem was that it may have once been OK for BU to give members details to BFC but after GDPR the club felt that it couldn’t give them back to us.

So we had to start almost from scratch building back a list of members and making sure each one had been told of their data protection rights. Some would be people who’d joined years ago but for some reason we were no longer in contact with them. Ron Fishlock is a good example, he’d been a BU member for many years but wasn’t in our current database. We were only able to reconnect with him because his daughter Chris joined BU via our website recently and in the follow up we were able to make a link with him. Ron is one of the few, maybe the only, surviving Bees fans who was at the 1942 London War Cup Final at Wembley. He also remembers working alongside some of Brentford’s First Division players as they helped out with the war effort making bomb sights at a factory on the Great West Road.

We knew there wouldn’t be many lucky breaks like linking up with Ron but fortunately we had an expert on the Bees United board in using technology to help us. John Scott is a West Country Bee, one of that dedicated band of fans who travel to games by minibus up and down the M5 and M4, and this year he’s been an especially busy Bee on our behalf. He’s a former BT executive and is currently a director of a consultancy helping companies with GDPR issues. We had landed on our feet. But it is one thing to know the rules, quite another to put in the slog to solve the problem. 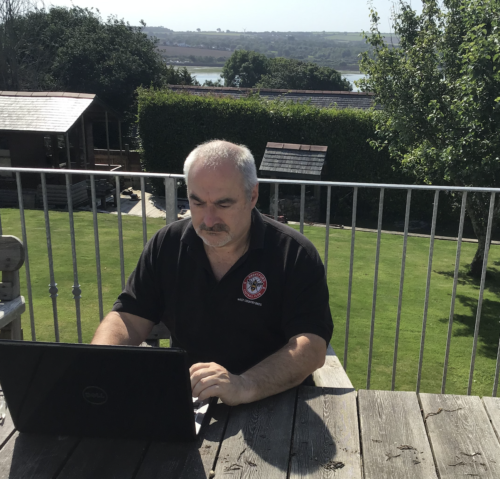 John Scott at work in his garden in St Ives, Cornwall.

One breakthrough came when John tracked down an old membership list from former BU Board member Bruce Powell. Clearly it was not one that was going to be ‘GDPR compliant’ but it was something John could compare with a current list. From his home in St Ives John pressed on with the ‘data cleanse’. He says; “The initial thinking was to upload all the members details and then send out automated mails. Unfortunately it became obvious from the ‘old database’ that there were multiple issues with the data so I decided to do it manually. I had to accept  that it was going to be a long process contacting nearly 3,000 members on an individual basis. I could create templated e-mails that reflected the specific data issue. I currently have 17 different templates.

“Disappointingly over 300 e-mails have “failed” i.e. the e-mail address is no longer valid. Adding these to the 546 member details that had no mail address to start with, plus a percentage of the 900 members I have yet to try and contact, means that we will have to write to over 1,000 members by the end of the project and I hope that we can reach that member.

“I have two asks of all members. First, if you know of someone who is a Bees fan, then please ask them if they were ever a Bees United member and get them to contact me if they would like to remain one. Second, the chances are that existing members do not have their postal address in the system and to get the limited edition book later this year, I need to get those addresses and add it to the system. So please drop me an e-mail at johnscott935@btinternet.com and I would be only too pleased to add that to the system and also align it to your membership number.”

There have been many good moments for John along the way, watching one monthly target after another achieved and getting feedback from Bees fans pleased to be reconnected. Some examples:

‘Count me in please’.

‘Thank you for your perseverance and diligence’.

‘I would like to continue to support you and remain within Bees United and if you need anything please let me know’.

‘I’m happy to remain a member, the address details you have are now incorrect as I have moved to Australia’.

‘Yes, thanks for letting me keep my dad’s membership number, he would have been so proud of the team’

T’hanks for this and totally understand the role of Bees United and I very grateful for what it has (and continues to do for the club)’.

‘YES I am still kicking and alive – and my details are all correct.  If you need anything else,  tell me.’

“There have also been sad moments: a husband saying that his wife was a member but had died however he wanted to stay a member, a wife saying her husband had died after supporting the Bees for 54 years. He had hoped to make it to the new stadium but ‘sadly it was not to be’.

John says: “This project is far from being completed but to date I have sent e-mails to over 1,400 members. My aim was to send out about 200 mails per week, so don’t tell my Board colleagues, but I am behind schedule by about 2 weeks. I am planning on completing this phase by the end of July.I have had so many lovely responses / acceptances but also sad news where a member has passed away. For every e-mail that I receive giving consent or in some cases, unsubscribing, I always send an acknowledgement response, with the vast majority being unique to thank them, comment on their mail to me, or to give condolences.

“Sometimes a member will call me to discuss their membership and sometimes I have  multiple e-mail engagements where I hear so many wonderful stories. I recently contacted a member whose husband had passed away but we transferred the membership number to her son. Instances like this also make this project so very enjoyable and extremely satisfying.

“Plans for the future are to get a link on the website where members can view and update their details directly. We never again want to lose touch with our members.