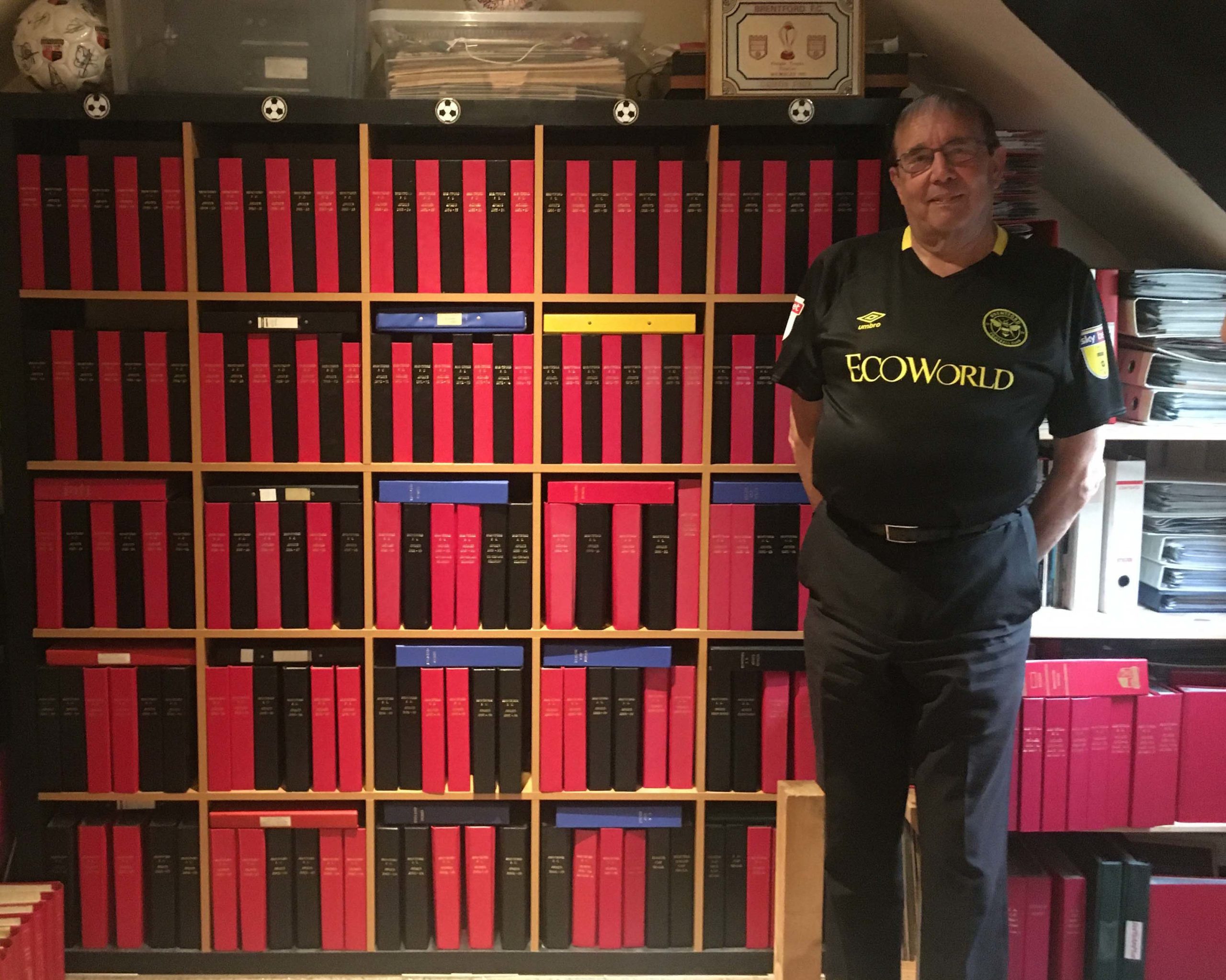 HAS THE PROGRAMME SHOP CLOSED FOR THE LAST TIME?

The future of the Brentford Programme Collectors Club is in doubt after it shut up shop at Griffin Park, possibly for the last time.
Share |
more

Steven Hearne has an extraordinary CV as a Brentford supporter:

After that disappointment he is facing a new challenge in surprisingly good spirits. The Griffin Park shop where he sells and buys old programmes is closed and may never open again at either our old or new stadiums. The Brentford Programme Collectors Club should be celebrating its 30th anniversary later this year having started in November 1990 when Steven and colleagues ‘bent the ear’ of programme editor Eric White to include something about them. About 30 people expressed interest and two years later Steven and Philip Gosden set up shop in a room next to the Hive. Later Alan Gilding joined Steven. 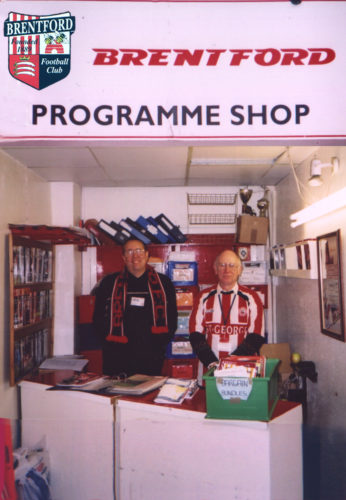 Steven Hearne and Alan Gilding when the shop was next to the Hive.

The main purpose was to enable members to fill gaps in their programme collections. They began buying extra copies of programmes from every home and away game so that people could buy back copies. From the sales they raised money for the Football Club in return for a rent free patch. About £75,000 has been raised over the years. Later they moved to what became the shop’s permanent home in the back of the Braemar Road stand.

Every Saturday match day in recent times Steven and Alan have got to Griffin Park at around ten o’clock and transported six or seven heavy bags of old programmes from his car into the ground. They set out their stall with an individual folder for each member to collect what has been ordered. Non-members would also come to buy or sell on the day. After each game Steven and Alan took the bags back to the car with a short stop for refreshment at The Griffin. 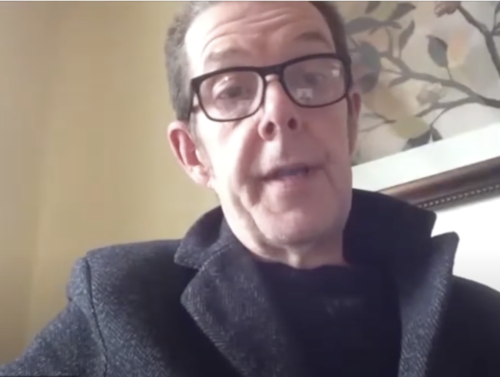 Keith Macinnes asks Jon Varney about the future of the collectors club on a zoom call.

Now the future for the programme shop is uncertain. When Brentford CEO Jon Varney recently answered fans questions on a Zoom call, club member Keith Macinnes asked “Is there any chance of something similar being set up at Lionel Road?” Jon replied; “We haven’t discussed that but happy to take that forward and have a conversation around it. I think we all know that we are on a pretty unique site at the new stadium at Lionel Road. It is incredibly tight and every square inch of that stadium is being utilised…If we can carry on doing what we’ve been doing then why wouldn’t we.”  He invited Keith to email him and in the follow up told Keith he would do what he could.

Accommodating programme shops seems to be a common issue when football clubs move grounds. Steven says: “We use to swap programmes with other clubs, I would go to an away game with a suitcase of about 50-60 programmes but there are now few shops in the league, I think Walsall have got one and Bristol Rovers but hardly any clubs who have moved have kept a shop.”

If no location can be found in or near the new stadium “the subscription service where we provide members with away programmes and other items may have to end because we seem to have nowhere they can collect them from us.”

He accepts that “As a collectors group we are diminishing by age, most of us are in our 60s or 70s”. Technology has changed everything. “Demand has gone down, you can get all the information online without having to purchase a programme. Only about 20% of the crowd buy a programme and the collecting hobby is not something that youngsters tend to go for any more.

“Ebay helped to kill off the collecting business because suddenly there were all these old programmes which nobody knew existed suddenly flying onto the market and like everything it is supply and demand. For programmes from 1970 onwards you can literally pick them up anywhere, on eBay you can see them in their hundreds and hundreds.”

But Steven is determined the collectors club will continue in some form; “We will try to keep it going as long as we can. Since the virus we haven’t been able to have a proper meeting to discuss what we are  going to do. We have sufficient funds to keep our lock up facility going for another year. We can still meet as a group, we can try and pick up old stuff that each of us  wants, how it will work over a period of time we don’t know.”