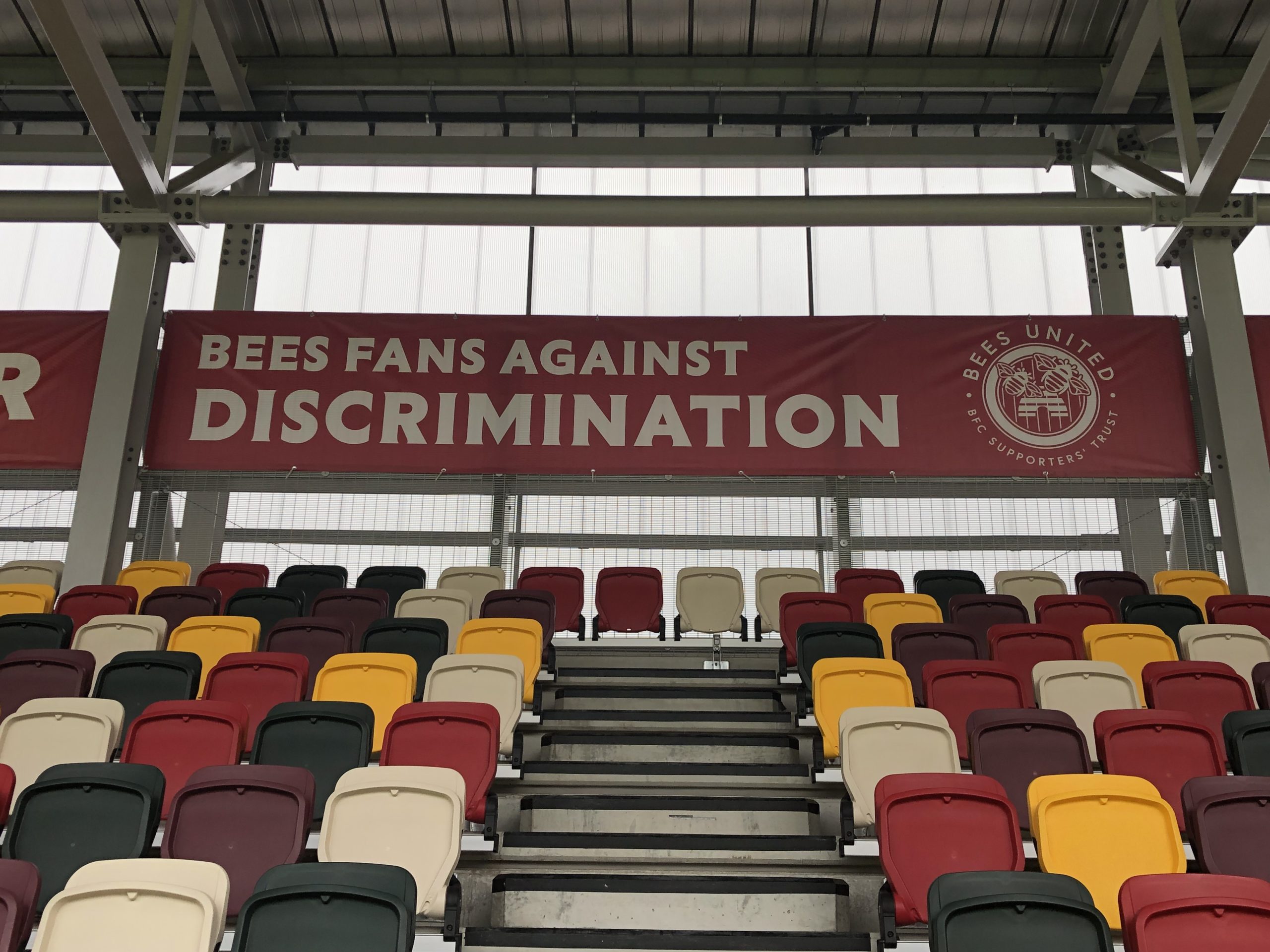 The anti-discrimination banners and flags organised by fan groups with the club had an unexpectedly important impact during the Arsenal game.Here's the story behind them.
Share |

The starting point was the unease felt by many Bees supporters during the summer that their team looked like being the only one in the Premier League not to take the knee before games in a protest against racism and other discrimination. In fact behind the scenes the club management was equally uneasy and looking for a way forward.

The first fan initiative was taken by Adam Hobbs, Chairman of BIAS (Brentford Independent Association of Supporters) who in mid-July emailed other supporter groups, asking what we could do in light of the recent high profile incidents of racism against players and also the reports and in the press around the clubs decision to not take the knee.   His suggestions included having a large overhead flag that could be visible on TV to make the greatest impact. 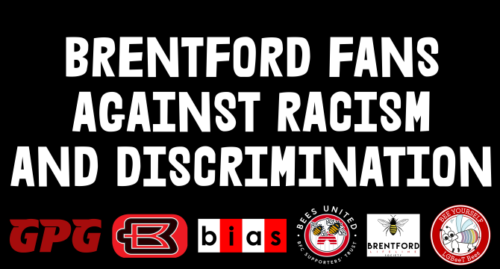 There was an immediate and positive response from other groups so Adam contacted the club and began trying to make the project happen.The priority was to get something organised in time for the Arsenal game on 13th August so that the banner could appear on Sky’s live coverage. Meanwhile in early August, in time for the Arsenal game, the club announced:”We believe that in the upcoming season the collective cause of tackling discrimination and racism will be best served by acting in unison and solidarity with all our fellow Premier League teams”. The Brentford team would take the knee although Ivan Toney would continue to stand.
In the stadium Adam and colleagues were working with club officials to try to overcome a series of logistical problems with the idea of one big flag in the North Stand facing the Sky cameras in the South Stand.The club’s solution was to fill the North Stand with signage alternating between #beetogether and supporter group logos against the red and white colours of the club. To keep the fan led element the club would also pay for two flags to go in the East and West stands in the original black and white design created by BIAS. It was to prove a successful solution.Stewart Purvis, Chairman of Bees United, emailed his congratulations to Adam Hobbs. 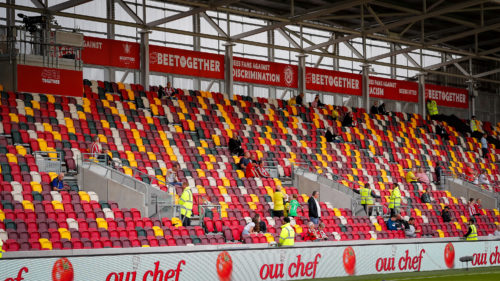 The anti-discrimination signs in the North Stand 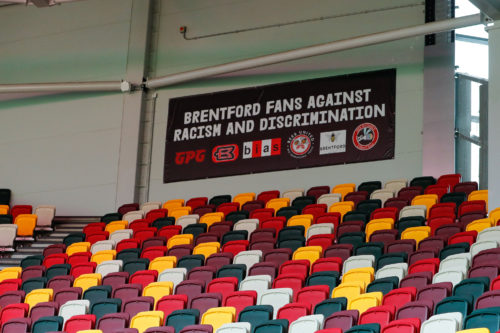 The fan group banner in the East Stand

The signs and banners were to take on a special significance during the Arsenal game. When the Gunners brought on Bukayo Saka as a substitute Bees supporters rose in support of the young player, a local lad, who had been abused after missing a penalty in the final of the Euros. Sky showed fans standing and applauding in front of one of the signs. 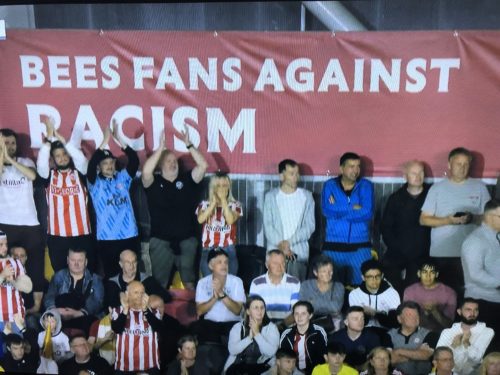 On Thursday 26th August a Cabinet Minister saw the flags and banners for himself. DCMS Secretary,Oliver Dowden whose department is responsible for the ‘fan-led review’  of English football, visited the Brentford Community Stadium. He met club executives and also fan representatives Stewart Purvis and Don Tanswell from Bees United and Gemma Teale from BIAS and LGBeeTs. Afterwards in an interview with the Times he praised Brentford as a ‘model club’ and supported the principle of a ‘golden share’ of the kind which Bees United holds in Brentford.