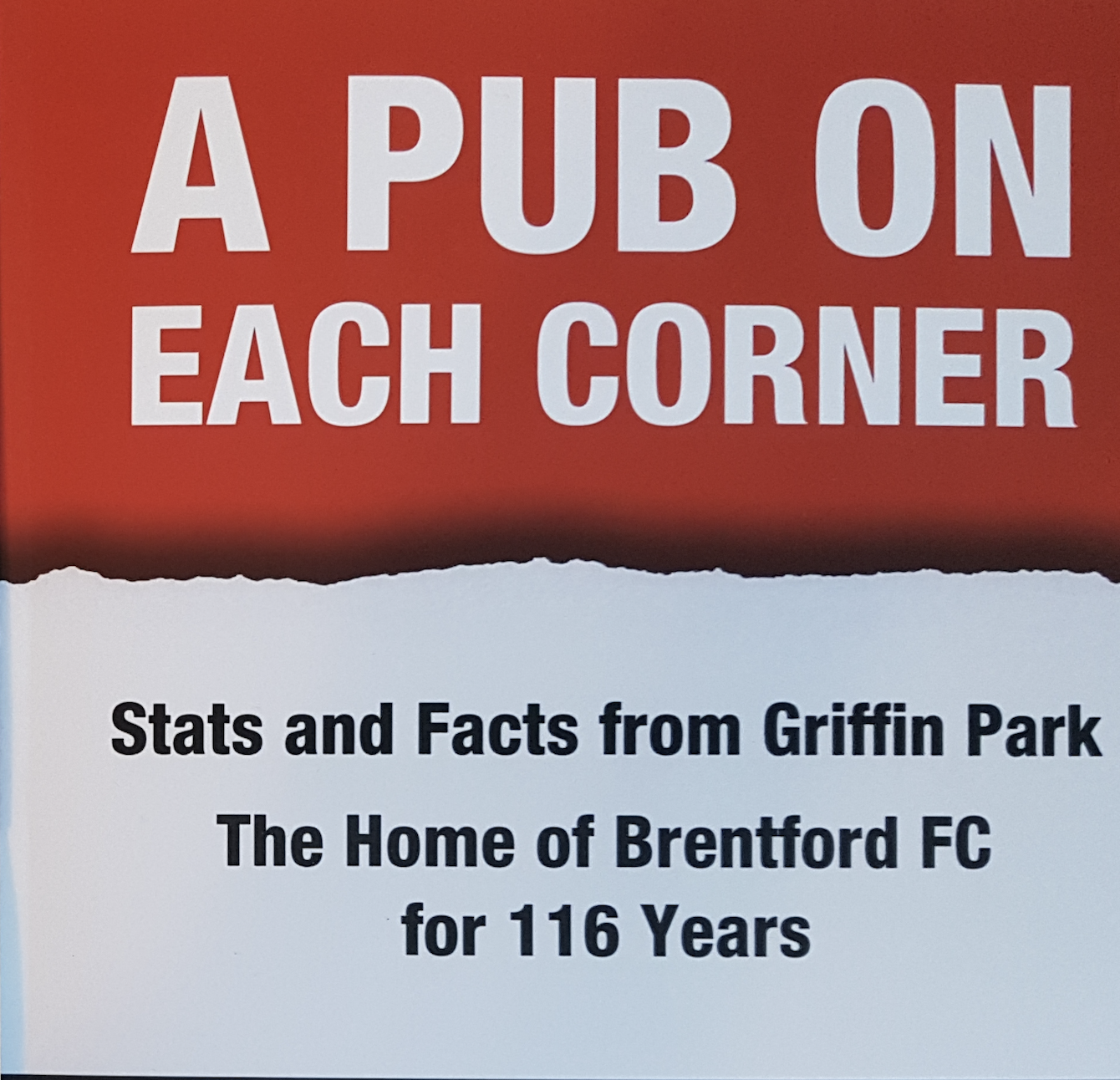 BEES STATS FAN PUBLISHES ’A PUB ON EACH CORNER’

Jonathan Burchill is a Bees fan who loves collecting facts and figures, the more exotic the better. He’s written a book about Griffin Park called ‘A Pub On Each Corner’ which tells you, among many other things, which Brentford player ended up sleeping in a car on Ealing Common.
Share |
more

Jonathan Burchill’s book contains 165,000 words and they took him three years to write. A friend who helped along the way sums up the 400 pages in one word ‘voluminous’. The title is ‘A Pub on Each Corner: Stats and Facts from Griffin Park’ and the publishers promote it as ‘a unique history of Brentford through season-by-season reviews of the events at Griffin Park’.

The work really started 45 years ago as, according to the author, “you could say the first seeds were planted during the FA Cup 3rd round game against Bolton in 1976”. This was when Jonathan went to his first Brentford game aged 12 with his father who’d been a Brentford fan for decades.

“I liked the grid at the back of the programmes with the fixtures down the sides and the players’ names along the top which showed when they played and their shirt numbers. If I couldn’t go to a game I’d make sure I filled it in”.

So began Jonathan’s interest in Brentford’s history, stats and records. Later in life he also started “looking for the less obvious things, the more obscure facts”.Talking with fellow Brentford fan and historian Greville Waterman 3 years ago they wondered “is there a book in it?”. 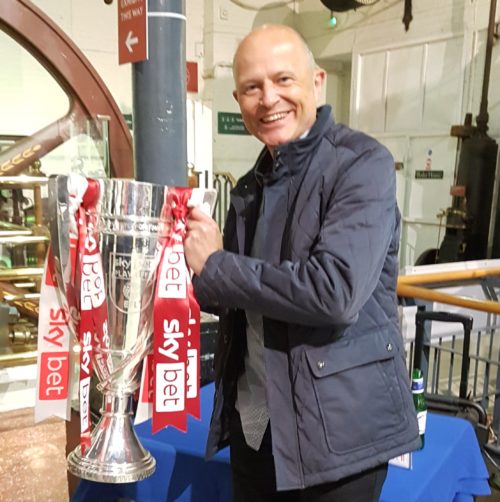 Jonathan thinks between 25-30 books have been published about the Club over the years so he wanted his to be different. To test his idea for a new structure, he started by using the season of 1965-66 as an example, setting out the basic facts and then trying to add some key stories as bullet points so the reader could dip in and out. “One fact which caught my eye was that a player called Dai Ward, who fell out with the club over contract terms, ended up sleeping in his car on Ealing Common”.

Reassured that the format would work he started going through old newspapers, many of which are now available online. “In our glory days we were big news and Brentford were covered by all sorts of papers, not just local ones. This was what an ordinary fan would have been able to read at the time. I was able to build up every week of every year for 116 years trying to find the less well told stories. As Griffin Park is now a finite period of our history, it was an ideal time to record them for posterity”.

Jonathan worked for over 30 years in banking and the key to his research lies in his spreadsheets, he has one for every season since 1889. By applying filters he is able to search for facts, links and trends in minutes that would take days and weeks if he had to wade through old record books.

“I started actually writing the book in 2019 and sometimes I had two computers open, checking results tables on one and writing the book on another. When we went into lockdown last year,it meant my wife and son started working from home too, the computers got a bit slower with the three of us siting in separate rooms doing our own thing. But overall having more time because we couldn’t go on holiday speeded up the writing process”.

As the title suggests, his primary focus was on Griffin Park which Jonathan reminds us was once not just the team’s pitch but also the training ground plus the administrative base.Today the stadium, the training ground in Jersey Road and the Club offices at 27 Great West Road are three separate locations.

Jonathan’s research has found that Brentford’s history often repeats itself. “There are some recurring themes, some of which I didn’t expect. One is the number of times we could have left Griffin Park. Most supporters know about the Ron Noades era and  the QPR saga, but as early as 1908 there was a question mark over its future and people were already looking around for slightly better sites. Another recurring theme was grand redevelopment plans for Griffin Park that never happened”.

Jonathan has also been counting the number of missed penalties. We all know about Marcelo Trotta hitting the bar against Doncaster in 2013 when scoring would have sealed promotion to the Championship a year earlier than eventually happened but according to Jonathan: “there were an unbelievable amount of other Trottas. Even in our glory era there is a joke newspaper advert; ‘Wanted A Penalty Taker for Brentford FC’ .”

The publisher points out that ‘Jonathan weaves an extended, fascinating insight not just into this remarkable West London football club but into the social history affecting those connected with it for over a century’. So wartime inevitably has its place in the story and so too does the 1926 General Strike and the periods of high inflation when ticket prices went up twice in a season.‘‘There are also far more and far earlier mentions of the role of women at Griffin Park, for instance the first woman reporter, than you might imagine” says Jonathan.

With his task completed and the book available now from the publisher and in  the club shop, Jonathan can now ponder ‘what’s next?’

“There are a number of things I need to paint and decorate in the  house – things that got neglected over the past couple of years”.

A Pub on Each Corner: Stats and Facts from Griffin Park – The Home of Brentford FC for 116 Years’ is published by Hawksmoor priced £24.99. It can be ordered here

Jonathan Burchill tweets at @Jonathan77777 and ‘JB’s Stats’ is a regular feature of the Beesotted podcast.