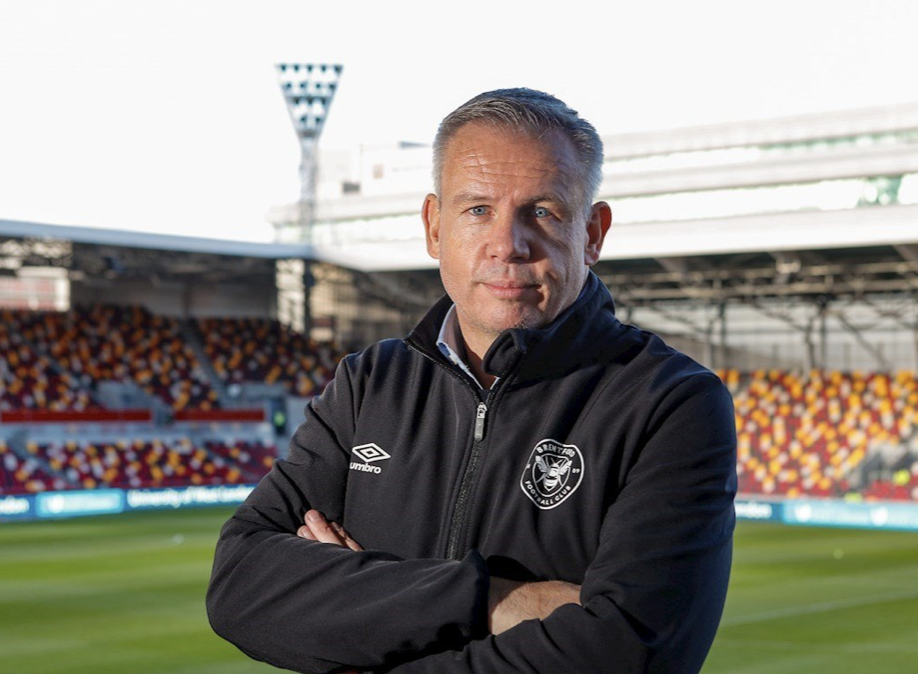 Brentford FC CEO Jon Varney has paid tribute to the support of Bees fans during a ‘deeply frustrating’ year for the club and talked of the possible timetable for getting fans back into the stadium. At the Bees United Annual General Meeting held via Zoom on March 31st April he praised “the support of our fans not only for their financial contributions to the club in terms of the freezing of season tickets but also for the phone calls and emails that we get and the comments on social media”. 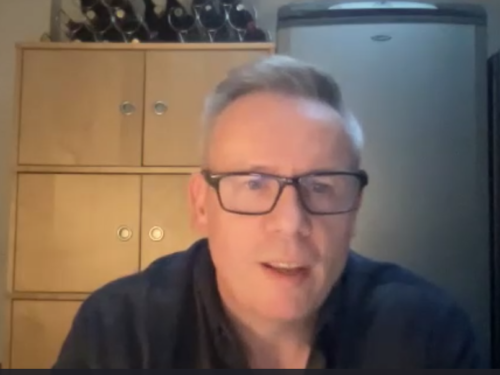 Jon looked back at events since he spoke at the previous BU AGM ahead of our game at home to Sheffield Wednesday on March 7 2020 – the last attended by fans before COVID-19 restrictions began. He said the past 12 months had been a ‘deeply frustrating period’. At the Play-Off Final “we were one kick away from the land of milk and honey and that was an incredibly challenging time for everybody”. In addition no other club on the planet had ever been forced to say goodbye to its old ground and to say hello to its new one without its fans. The COVID lockdowns meant the club “had to mothball the off-field operations at a time when we were desperate to kick the whole football club forward”.

However the whole club – players, staff, board, management, and fans – could be incredibly proud of the way Brentford had got through the year. “We have definitely got through it thanks to that collective of togetherness”. The staff had worked tirelessly, there had been ‘incredible support’ from Matthew Benham and there was now so much to look forward to. There was ‘a fantastic new home’, 10,500 Season Ticket Holders, a playing squad still pushing for promotion and a ‘real possibility of fans returning to football stadiums’.

Jon said that looking forward, the clear key objectives for the club were:
Playing side – to build a Premier League team.
Off the pitch – Delivering outstanding fan engagement and to be the most inclusive Club in the country. 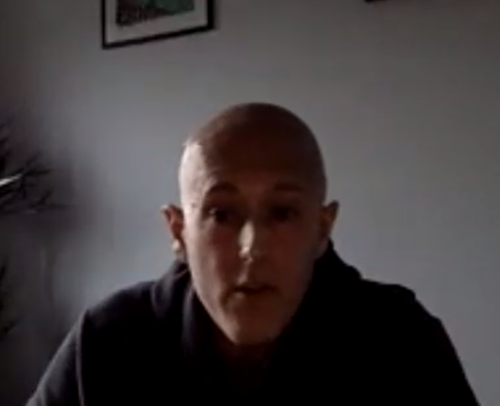 BU’s guest of honour was Jamie Powell who recently returned from specialist medical treatment in the U.S which was partly funded by donations from individual fans, the club and BU. Jamie took the opportunity to thank everybody “for all the help you have shown towards me, it’s been absolutely amazing. I can’t thank you all enough for what you did for me. The whole of the time I was in Boston Brentford meant so much to me.  It gave me so much mental strength watching the team in every single game on my laptop. I was unbeatable the whole time the team was unbeatable”.

Jamie asked Jon if the club would be sustainable if future transfers to other clubs were not as lucrative as they had been in recent years. Jon said “Player trading will always be an important part of how we balance our books but we want to grow our off-field revenues so that we can invest more in the playing  squad”.  When asked a similar question by a member later on Jon said; “We’ve got to be mindful that Matthew has put in the best part of a hundred million pounds and he doesn’t have a bottomless pit of money as much as we would all love him to have one. So we do need to trade players.”

Among Jon’s answers to other questions:

The effect of Brexit on player recruitment? ‘The new rules do create challenges, unsurprisingly we are well prepared, our playing department are across all of the detail. It is more of a challenge around our B team so there is a renewed focus on looking at UK based talent” .

Are the club reconsidering the ground-share with London Irish because of the impact on the pitch? Jon explained that because of the way the COVID lockdowns disrupted the end of one season and the start of another last summer “every club has suffered from not doing an end of season renovation of their pitch. Having London Irish is really important from a revenue perspective, just to put everyone’s mind at rest that is a Desso GrassMaster pitch, the same as at Twickenham and Wembley Stadiums”

If we get into the play-offs  will we be able to see semi-finals and a final? “Based on the roadmap the Government have announced we are expecting full stadiums from the start of next season. The most realistic chance of seeing football at the new stadium this season would be through a play-off semi-final. We are working with the Safety Advisory Group on what the number of fans would be. We don’t believe it would be north of 4,000”.

Are the stadium naming rights on hold until we know which division we will be in next season? “No, it is absolutely part of the business plan to secure a naming rights partner. We are still very much in discussion with various parties. Clearly the backdrop of COVID has created a challenging environment. For us it is about finding the right partner, not just any partner. We’ve turned deals away because of the brand fit and because the commercial returns weren’t where we wanted to be”.

At the end of the Q and A Jon thanked all the Bees United membership for their support. He said the Club were looking forward to welcoming everybody back to our new home.

The host on the Zoom, BU Board Jon Gosling, introduced Cliff Crown, the Chairman of Brentford Football Club, who thanked Jon Varney for doing a ‘fantastic job over the past two years’. He also said how good it was to see Jamie Powell on the call. Cliff urged fans to ‘keep the faith’ in reaching the goal of the Premier League. He thanked Bees United members for their support, especially the work which Stewart Purvis did at board level.

In the formal part of the meeting all the resolutions tabled by the board were voted through including the revisions to the BU rules. Three new Board members were confirmed: Christine Powell, Jeffrey Roy and Fran Carroll.