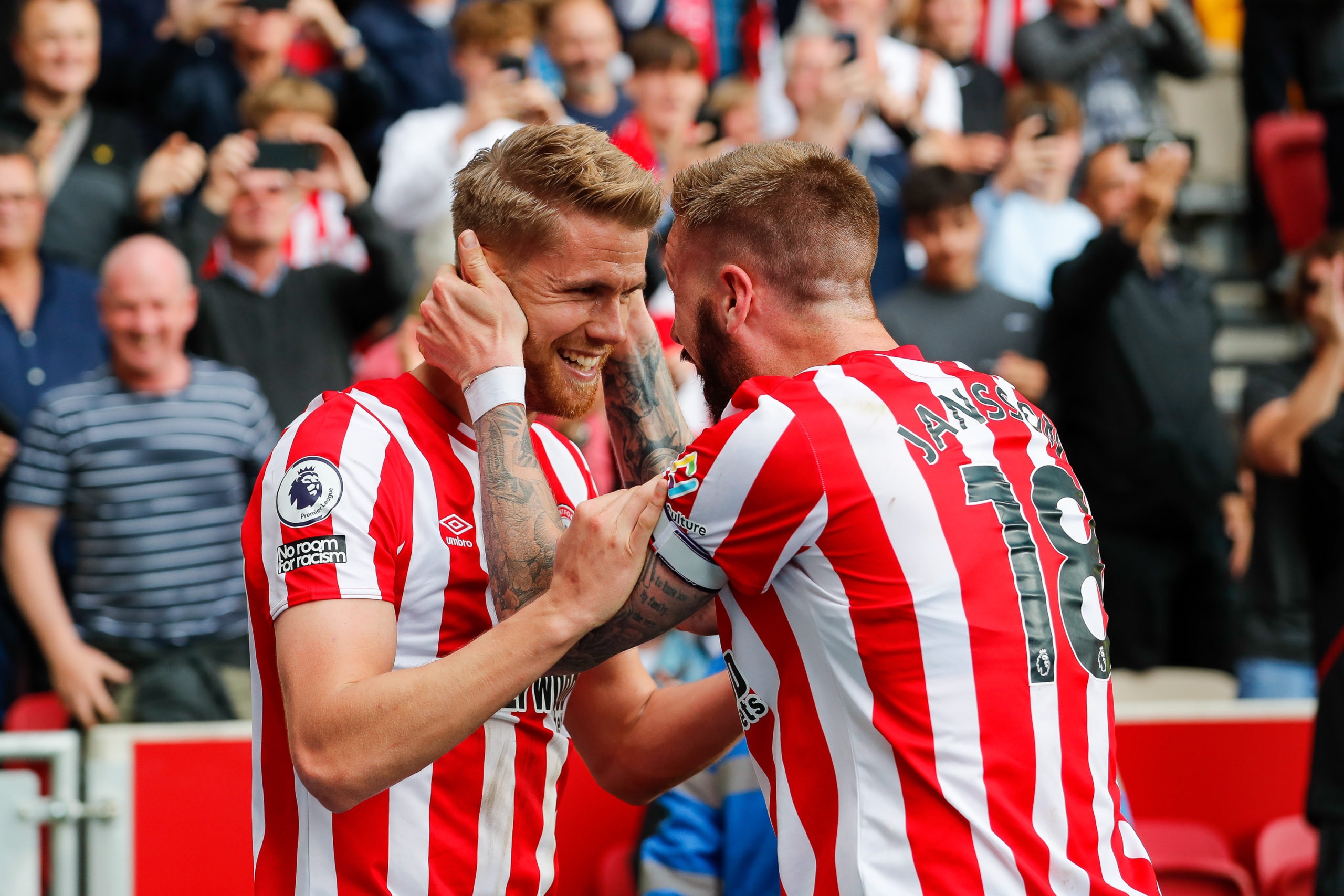 What a wonderful season this has turned out to be. Who could have predicted that a bus stop in Hounslow would emerge as major players and acknowledged supreme entertainers in one of the toughest football competitions in the world?

Witness the latest chapter in a remarkable story: another superlative performance by Brentford as the Saints failed to go marching in.

Southampton beat them 4-1 at home earlier in the year, but this team was one that couldn’t find its way through a resolute Bees’ defence, even one depleted by the absence of the injured Ethan Pinnock. And it was only six days since Manchester United had sent Brentford home from Old Trafford nursing a 0-3 defeat.

No wonder the home crowd were so reluctant to leave the Community Stadium as the team trouped from the pitch after their familiar lap of honour to leave thousands still dancing on the terraces and in the stands.

With just two matches still to play in this first, accomplished Premier League season, the Bees regained twelfth place in the table to put eleven points between them and the relegation box. The fact that Norwich City and Watford – the two sides automatically promoted at the end of last season – were confirmed as returning immediately to the Championship, proved just how far play-off-winners Brentford have come in their first top-tier outing since 1947.

Okay, games in hand by those jostling for position below means that occupying a relatively lofty position may not last. But, hey, hands up any fan who would not have grabbed with both hands a near-mid table place if offered it back in August of last year.

Southampton started well, with slick passing at speed that would have caused Brentford to scratch their heads had they not been busy trying to get out of their own half. It didn’t last long, although David Raya was almost caught napping when attempting to clear the ball while harassed by striker Adam Armstrong.

Then all genuine attacking action switched to focus on visiting goalkeeper Fraser Forster, all 6ft 7ins of him. Matthias Jensen went close, Yoane Wissa shot too near the keeper after a superb Ivan Toney head-flick feed, and Christian Eriksen failed to convert a couple of chances, proving that this playmaster does not always display finishing finesse.

No matter. An explosive Brentford burst after 12 minutes saw an Eriksen’s corner chipped back into the goalmouth by Toney for Pontus Jansson to bundle it into goal. The skipper scored his first Premier League goal four games ago – looks like he’s in danger of making a habit of it.

Skip now to little more than a minute later when Eriksen was brought down midway inside the Southampton half and referee Michael Salisbury showed commendable judgement in recognising Brentford’s advantage as Wissa collected the loose ball and sprinted away to beat Forster with a measured pass that even his great reach couldn’t cope with.

Adam Armstrong managed to get the ball past Raya just before the interval, only to be judged offside. Otherwise, the pattern remained the same, Brentford buzzing threateningly – a Toney shot rebounded, only for Bryan Mbeumo to blast it skyward – while the Saints, relying on two wings and probably a prayer, added several long shots to their repertoire to not avail.

Just under the half-hour of the second period saw a melee in the visitors’ goalmouth when several Bees tried to force the ball home, a pinball episode ended by Jensen firing over. No matter; a slightly shorter repeat performance saw Kristoffer Ajer appear somewhat surprisingly in the midst of it all to sidestep a tackle and then neatly nutmeg Forster for his first Brentford goal.

Game over, really, although Thomas Frank’s decision to substitute 19-year-old forward Nathan Young-Coombes for his first-team debut just a few minutes before the end was good for his morale and hopefully for Brentford’s future.

The entertainment mentioned earlier this review was on this occasion provided by the appearance in the main stand of former player and broadcaster Chris Kamara, ex-club chairman (and restaurateur) Dan Tana, and Bradley Walsh, one-time on the playing staff but now a popular TV host and actor, dapper in suit and tie.

Nice to see the celebs turning out, I murmured to my mate Charlie.

This report appeared first on the Chiswick Calendar website