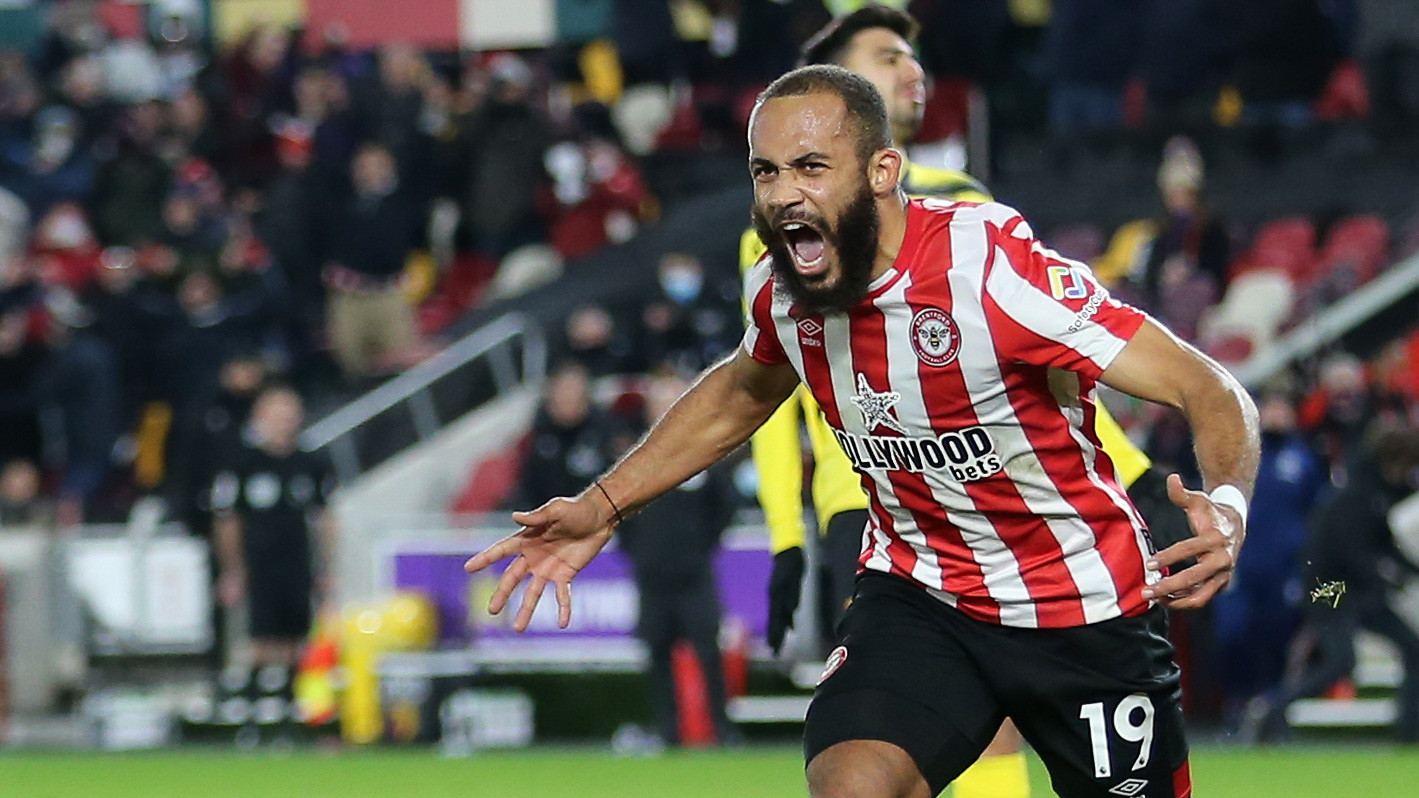 In Brentford’s topsy-turvy history, ten minutes of this game will rightfully claim to remain long in the memory of those privileged to have been at the Community Stadium this chilly December evening.

Remove those specific ten minutes – including five added for stoppages – and it is a different story. For during much of the action, such as it was, the crowd could have been forgiven for thinking they were watching two sides auditioning for places in the Championship.

There were mitigating circumstances of course, especially in the players available for Thomas Frank’s team selection. What with Ivan Toney and Ethan Pinnock sidelined by Covid and a long injury list headed by David Raya, it was a makeshift group that lined up, Vitaly Janelt dropping into the back three and Yoane Wissa, later replaced by Marcus Forss, joining Bryan Mbeumo up front.

And it all started so well. Shandon Baptiste saw a shot finger-tipped over the bar and Mbeumo was thwarted only by Daniel Bachmann at full stretch (Watford’s England international keeper Ben Foster is one of head coach Claudio Ranieri’s own injury problems).

Then the game went off-script as far as Brentford was concerned, with Joshua King clipping a post before – disaster! – the lively Emmanuel Dennis became the invisible man to the home defence to head a precise corner easily past Alvaro Fernández.

From then on it was a contest of toing and froing, with Brentford doing most of the toing – or is it the froing? – with bursts of attractive close passing that fizzled out by the edge of the penalty area, should it manage to get that far. Watford behaved similarly, but less frequently. BBC statistics show that the Bees had 63 per cent of possession against the opposition’s 37, which could be described as commanding if they could only have scored.

A note on the referee: those stats also show that Watford committed 18 fouls to Brentford’s 12 that demanded the attention of referee Michael Oliver. He distributed yellow cards to four of the home team and none to the visitors. He also managed to incur the ire of the Brentford players – and the crowd, who chorused ‘Can we have a referee! – which was just about his only noticeable contribution to the game.

Deep into the second half, Brentford were still making only minimal progress and their frustration grew with every failed attack. But six minutes from the end of normal time, perseverance paid off, a Janelt cross finding Forss and a possibly fortunate back header allowing the lurking Pontus Jansson to nod the ball home from close in.

It was the first Premier League goal for the captain, who has been lurking in similar positions in the hope of this very achievement for most of the season. 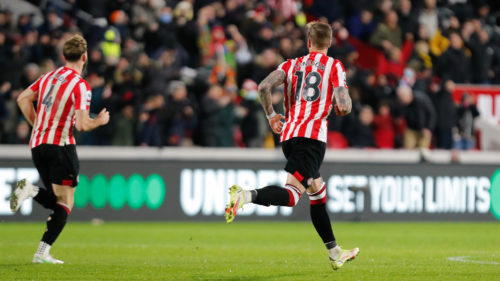 He careered away in celebration with Charlie Goode racing ahead of him, which so confused those unable to identify instantly the scorer that Goode was credited with the goal over the PA system. All very Brentford, but more was to come.

With just a minute of added time remaining, Saman Ghoddos bustled dangerously into the Watford penalty area and, having played the ball, was unceremoniously, and foolishly, brought down from behind by William Ekong. A penalty, but with Toney, the majestic converter in such situations absent, who to take it? Up stepped the master’s apprentice, who with a slight shimmy sent Bachmann tentatively to his right while Mbeumo clipped the ball into the vacant gap near the opposite post. 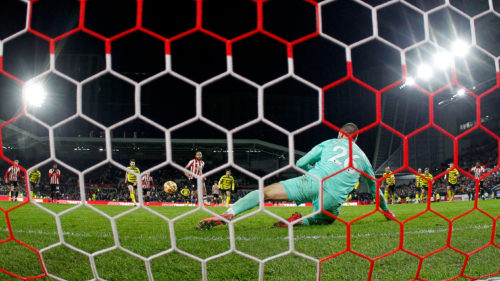 Pandemonium seized the day. The home fans immediately erupted into a celebration of such elation that heaven knows what they can do to top it should Brentford win the FA Cup. In the technical area, Thomas Frank put his hands over his eyes and his knees buckled in a spasm of released tension. Mbeumo took off in a joyous sprint, as well he might – he had played magnificently throughout and scored one of his recently rare goals imperiously.

Hard to believe, I observed to my mate Charlie, but it should give whatever team Thomas can put together a great lift for whenever the next home game – Manchester United with quite likely Christiano Ronaldo hunting for goals.‘Who’s Christiano Ronaldo?’ said Charlie.

This report first appeared in the Chiswick Calendar.