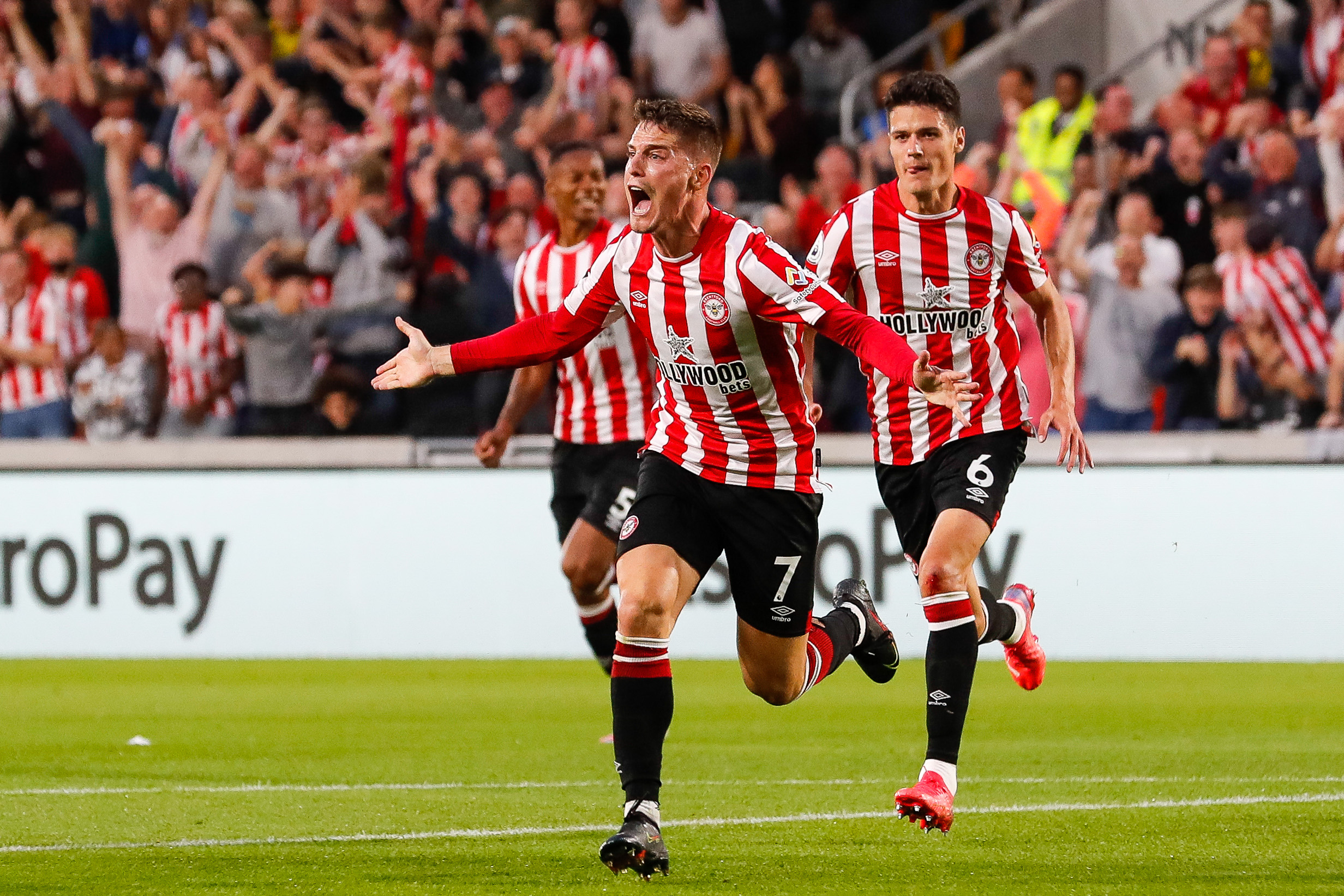 This was no flash in the pan, no riding of luck by new boys of the Premier League. Here we saw the dismantling of one of the most famous teams in football by a side offering a total of less than an hour at this level; a club that arrived at the summit after 74 years of varying fortunes and myriad disappointments.

What a team, what a squad this is. And what an army of supporters, christening the Premier League debut at their state-of-the-art new stadium with full-throated support but also standing after 28 minutes in tribute to late technical director Rob Rowan, who died suddenly at the age of 28, and then repeating the exercise in respecting Arsenal’s sub Bukayo Saka, who suffered appalling online abuse after missing a penalty for England in the Euro final earlier in the year.

The preparation for this occasion had seen emotions flooding the two challenging friendly fixtures at the Community Stadium.

Although losing 0-1 to West Ham – fittingly, the Hammers’ goal was crafted and scored by Said Benrahma, a star Bee and crowd favourite until transferred at the beginning of last season – Brentford looked sharp and hungry. Then came Spanish visitors Valencia, a match I watched on TV in Spain that left confident Valencians shaking their heads as Ethan Pinnock and new signing Frank Onyeka each scored to cancel out an earlier Valencia goal and give Brentford a 2-1 victory.

Back in West London, as the days ticked by towards the first Premier League game of the season – an occasion to be further heightened by full TV coverage – anticipation and optimism grew. There was magic abroad in the air.

And so to the big event and the atmosphere, which appeared to have been transported unaltered along Kew Bridge Road from Griffin Park. Only the locale had changed, now resembling pre-match like a major movie location.

Media crews scuttled here and there. The pitch sprinklers sprinkled prettily. Peter Gilham – Mr Brentford – stood close to the edge of the centre line, presumably pondering on how his introduction of the teams could make history. The west end collectively cleared its throat and the decibel count soared.

Five minutes to go and Hey Jude reached a crescendo. The words of head coach Thomas Franks’ address on the big video screens were drowned out. So was Peter Gilham’s welcoming of the teams, except for the familiar bellow of the word BRENTFORD, which flirted with the crowd noise and could just about be made out by those with an acute sense of hearing.

Both teams fielded the selected starting line-up together with substitutes, Arsenal resplendent in multi-coloured tops, Brentford in a scarlet that shouted as loudly as the West Stand Alliance massed behind the home goal – ‘A place for the Brentford supporters who want a real atmosphere at Lionel Road’.

Arsenal, famous for their red shirts and white shorts but here tidy in their blue third strip, set off at a crackerjack pace. For five minutes or so, Brentford looked as if they might be overawed by the North London superstars, but with new signings Kristoffer Ajer and Frank Onyeka settling into the defence and midfield respectively, the Bees established a rhythm that began to unsettle the visitors.

The home crowd dominating an attendance of 16,479 loved it; ‘We’re just a bus stop in Hounslow’ they chanted with self-deprecation, while Arsenal fans mustered their own choir to proclaim superiority (‘We’re just too good for you’) bred in history and confirmed in 2020-21 – hardly their best of seasons for one of soccer’s elite – with eighth position in the League.

And then Bryan Mbeumo hit a post, denying the Bees the lead by a few inches. No matter. With a defence looking more impenetrable by the minutes and striker Ivan Toney marshalling the attack force with customary skill, it looked likely that Brentford might be the first to score. And so they were, with Ethan Pinnock heading the ball into the path of Sergi Canós for the wing back to sprint across the penalty area to fire a shot fierce enough to beat goalkeeper Bernd Leno at his near post.

Arsenal, doubtless with a pep talk from manager Mikel Arteta ringing in their ears, regrouped and became more of a threat after the interval. As the home defence wearied, it became clear that a decisive thrust was required to hold them off. Another goal, for example, which was stunningly provided when Mads Bech Sorensen, having been substituted for Ajer, propelled a long throw from the touchline into the goal area and Christian Nørgaard climbed higher than a stuttering Arsenal defence – and leaping colleague Mbeumo! – to head firmly into the net. It was Norgaard’s first-ever goal for the club. It was that kind of game.

Following Frank and his squad’s lap of honour, the crowd left the ground, reluctantly, cresting a sea of delirium.

‘I wouldn’t have wished to be anywhere else on earth today,’ I told my mate Charlie.

‘And we’re top of the League,’ said Charlie. And and so we were, for about 990 glorious, golden minutes.

This report first appeared on the Chiswick Calendar website chiswickcalendar.co.uk