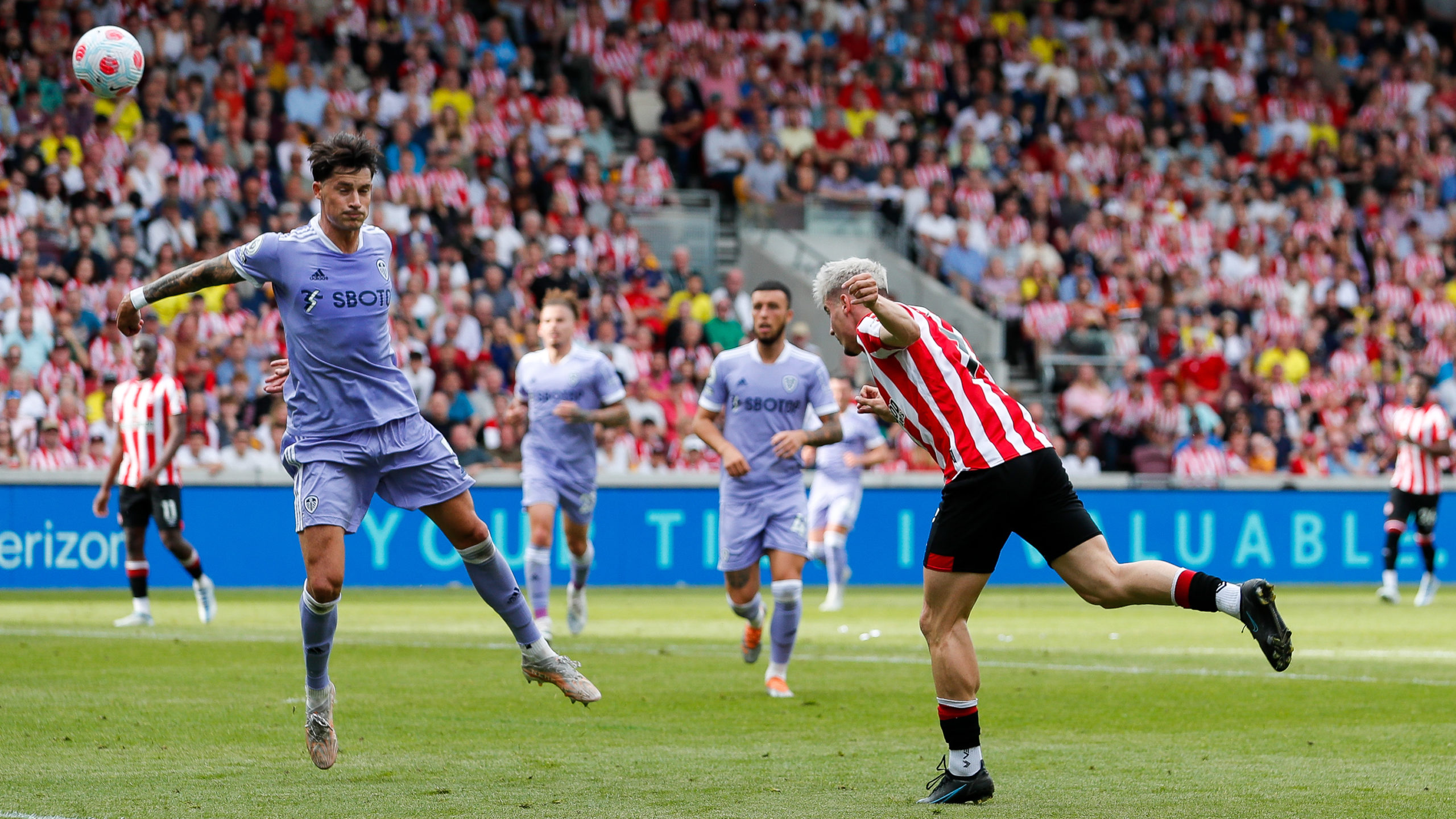 BU Contributing Editor Bill Hagerty says the finale was an anti-climax but the season itself was full of thrills.
Share |
more

After the Lord Mayor’s show of a season comes the dustcart of a finale. Such a shame, even if the thousands of loyal Brentford fans lingered in the Community Stadium to say thanks to the manager and team that delivered so many thrills as they became a footballing force in the Premier League, while the sides that had accompanied them from the Championship disappeared back from whence they came.

For all that, the last game of the season was a damp squib that failed to ignite; a pedestrian contest in which the Bees should have sent lacklustre Leeds also into the league below.

They failed to do so in what once was typical Brentford style – haphazard and error-strewn, a difficult mountain climb that should have been a walk in the park. Chances were created and wasted, sporadic Leeds attacks shown far too much respect and, worst of all, the home side finished with only nine players on the pitch.

Is this too harsh a verdict? Let me recall the painful progress of Thomas Frank and his squad and then explain it without resorting to the cliche, ‘That’s football’.

Early on, Brentford held the upper hand and looked likely to score, even if Bryan Mbeumo had once again forgotten his shooting boots. What a fine and valuable player he is, but something happens when he finds himself in prime position; namely, he loses his sense of direction.

The large and vocally supportive contingent from Yorkshire urged on their injury- decimated team and, to everyone’s surprise – possibly including many of team – they appeared to go ahead, with striker Joe Gelhardt firing a shot past David Raya. VAR cut short the resultant elation by declaring the effort offside and Leeds’ head coach, Jesse Marsch, winner of the Most Animated Manager of the Year award, resumed his technical area (and nearby) aerobics.

The excitement subsided and the rest of the first half consisted of random long-range shots from Leeds and some thoughtful, attractive but mostly ineffectual football from the Bees. But surely the home side would up their game in the second period? Well, no…

On 56 minutes lively forward Raphinha careered into the penalty area and was brought down by a resourceful but illegal clobbering from David Raya. Raya. whose inadequate clearance had put him in the pickle to begin with, did his best to unnerve the Brazilian with goal-line calisthenics, but the penalty whistled into the net as the keeper took off in the wrong direction.

Thomas Frank then proceeded to introduce a trio of substitutes, with Josh Dasilva, Sergi Canós and Shandon Baptiste arriving in stages to provide fresh legs but no noticeable cutting edge. Until, that is, with ten minutes left to play a fine cross from Yoane Wissa was met by Canós’s equally excellent header, which flew wide of goalkeeper Illan Meslier.

With Kristoffer Ajer having limped off with a leg injury, Brentford were reduced to ten men, the maximum number of subs having been already reached. But worse was yet to come.

Canós earned a first warning because of the extravagant celebration of his goal and within two more minutes collected a second for a clumsy foul on Raphinha. Off he marched, nursing the remarkable record of having scored in both Brentford’s first and last games of the season and squeezing a red card into the record books too.

Nine men standing and ten minutes left plus subsequently the referee’s award of five extra minutes. They battled valiantly and Leeds shot poorly before, until with inside a minute remaining Jack Harrison fired in a shot that hugged the ground from the edge of the penalty to take a slight deflection and find the back of Raya’s net.

There was just one kick, to restart the game, remaining. The tension that had marred the performances of both sides evaporated. The Leeds’ squad and their manager gathered in the corner of the visitors’ enclave to make whoopee.

Only when they eventually dispersed did Frank and the injury-listed Christian Nørgaard and his family lead a Brentford procession around the pitch that included many small children of the players, running and handholding and laughing in the late afternoon sunshine. Thousands of home fans were still there, to sing and dance as if in a carnival.

I turned, as always, to seek the opinion of the game from my mate Charlie, but noticed that his cheeks were damp as he stared at this extraordinary sight.

‘What a wonderful season,’ said Charlie.