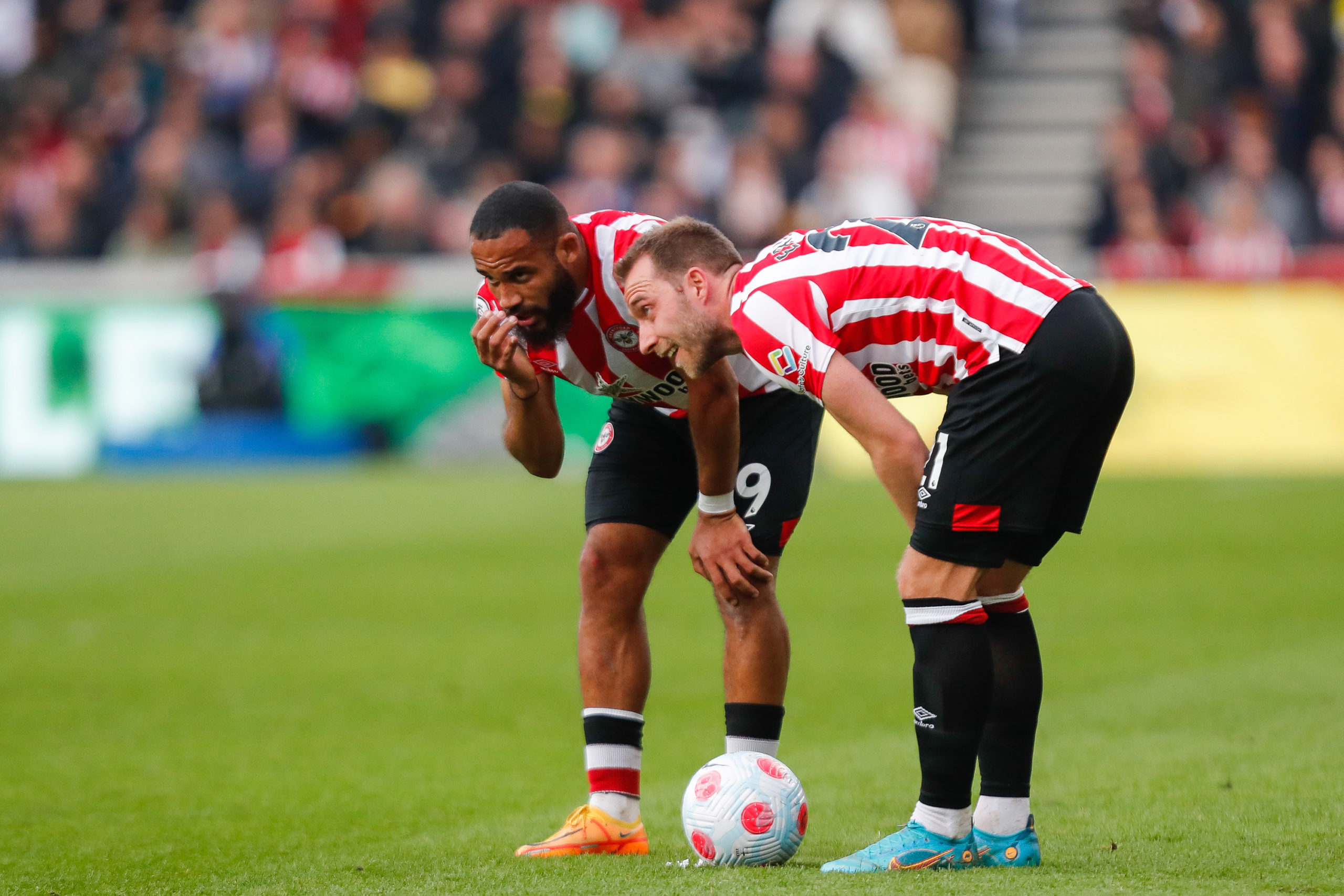 Bill Hagerty reports on what may have been Brentford's best ever nin-nil draw.
Share |
more

The Christian Eriksen saga continues. The Dane who has revolutionised Brentford’s midfield worked the magic he’s produced in every game since arriving in February amid a flurry of national publicity, this time to torpedo the ambitions of the team for which he memorably played so effectively during his previous professional engagement in England.

Spurs remember him well. So do the north London fans who welcomed him to the Community Stadium like a long-lost brother. As for his teammates and the Bees’ supporters, they are aware that without Eriksen’s massive contribution to the side, it is unlikely they would be sitting snugly in eleventh place in the Premier League as the season draws to a close.

Will he stay? Will a major club snaffle his talent once the season’s contract expires? That’s a conundrum to be addressed at a later date. In the meantime, let’s appreciate his skills – often accompanied by sharp intakes of our own breath – while we can.

Spurs arrived from Tottenham in search of three more points towards a total that would guarantee them Champions League football next season. Brentford set out to be as competitive as a makeshift side would allow.

No Nørgaard. No Pinnock, No Ajer? Injuries to key members of defence and midfield plus the similarly afflicted all-rounder Canós, left so many holes in the team-sheet that it was likely to resemble a colander when called into action.

But no, Brentford went off like a collective rocket. Bryan Mbeumo skewed a shot wide within minutes of the start and an Ivan Toney header rebounded from a post to the scrambling consternation of keeper Hugo Lloris. A resolute Tottenham defence and equally so Lloris dealt with further Bees’ chances, but the traffic was mostly one-way, with Toney roaming in the constant company of a centre-back.

At the other end, David Raya was largely untroubled, a situation that persisted throughout despite the visiting strike pairing of Harry Kane and Son Heung-min being a lethal combination when it’s their day. But this wasn’t that day and the foraging of Toney and Mbeumo produced enough penetration to suggest they are the Bees’ knees in this department.

Having had the best of the first half, Brentford emerged after the interval to discover a reinvigorated opposition. What sage advice was delivered by coach Antonio Conte to supplement the slices of lemon we’ll never know, but it seemed to do the trick. Their passing was crisper and play overall more creative, although the front three – Dejan Kulusevski completed the trio, but was just as ineffective – still struggled to strike with anything more than the potency of a dead match.

Eriksen was still the best player on the park and unleashed an on-the-run shot that Lloris tipped away for a corner. And slowly Brentford, aided by the substitution of Yoane Wissa and Josh Dasilva for the wearying legs of Saman Ghoddos and Mathias Jensen, re-established their grip on the game.

Kane almost pulled the points out of the fire for the visitors with a spectacular overhead scissors-kick that Raya anxiously watched flash across the face of his goal, but the closest last-gasp match-clincher was left to Toney, who connected with another Eriksen gem of a flighted ball only to see his header bounce clear from an upright.

Thomas Frank’s obvious delight at the final whistle was understandable – in the circumstances, forcing a draw with the fifth team in the League table ranks up there with the recent dismissal of Chelsea and a definitive victory over West Ham.

Some game, some performance from all concerned, but a shame about the two points that went astray, I said to my mate Charlie.

‘Ah, but who gets all the glory?’ crowed a gleeful Charlie.