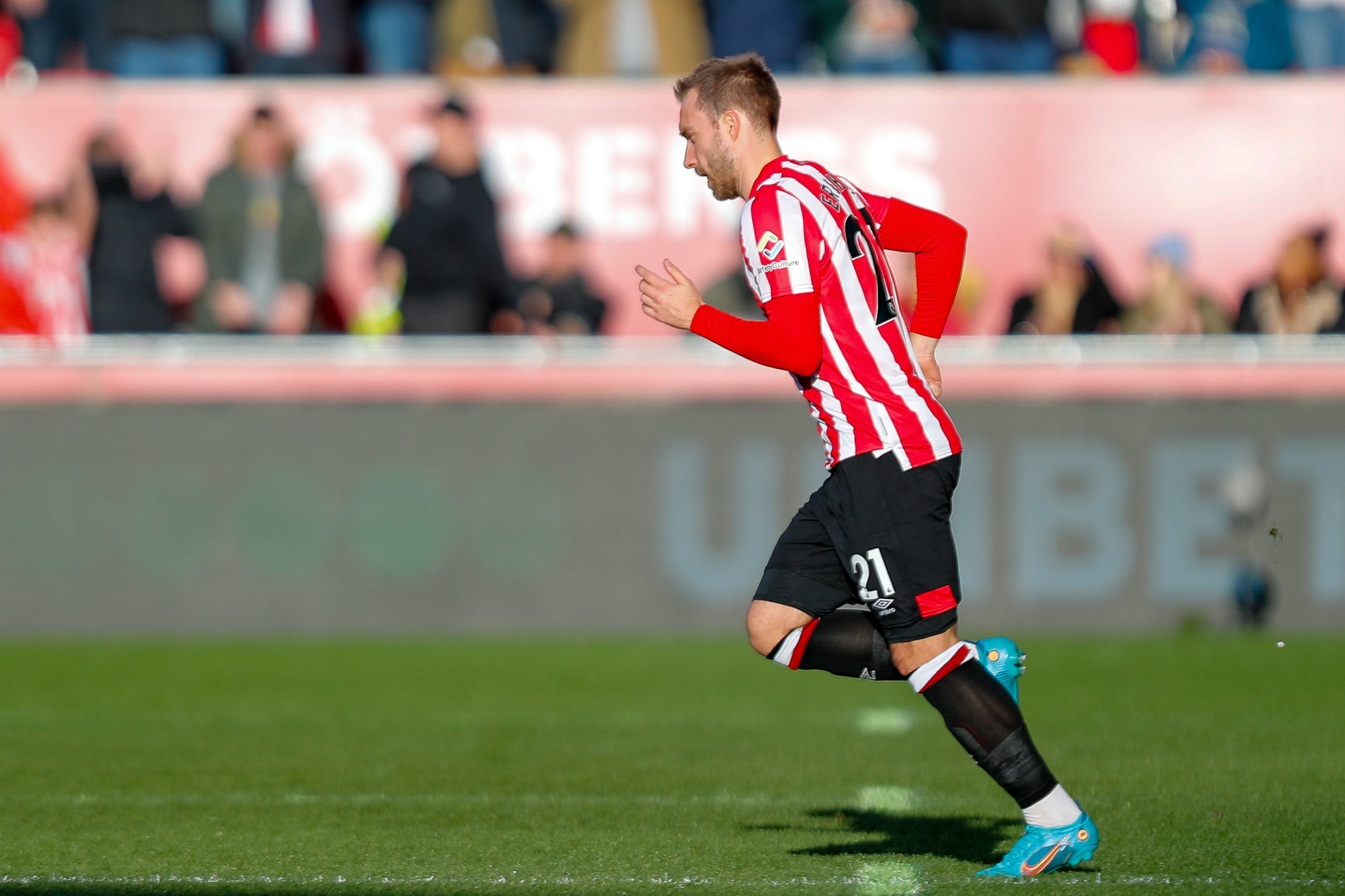 Apart from that, Mr Eriksen, how did you enjoy the game? Brought on as a substitute a few minutes into the second half, Brentford’s dynamic signing – hailed by many fans as a master move to arrest the team’s recent run of poor form – must have experienced mixed emotions as he tried to haul […]
Share |
more

Apart from that, Mr Eriksen, how did you enjoy the game? Brought on as a substitute a few minutes into the second half, Brentford’s dynamic signing – hailed by many fans as a master move to arrest the team’s recent run of poor form – must have experienced mixed emotions as he tried to haul the Bees back from yet another sub-standard performance that had danger written all over it.

No matter that coach Thomas Frank had decided the former cardiac arrest victim would not be in the starting line-up. Along with Ivan Toney, whose ‘minor calf strain’ had lingered indecently for what seemed like months, Christian occupied a seat on the bench. Two greyhounds straining at the leash, we thought.

But, like so many Brentford unwritten scripts, the plot came undone. After just eleven minutes Josh Dasilva’s sliding tackle brought down defender Matt Targett and referee Michael Dean awarded a free kick to the Bees before departing in the direction of the monitor when advised to do so by the VAR.

From distance the tackle looked a timely intervention but once Mr Dean had taken a closer look it assumed catastrophic proportions. The red card brandished by the referee had Dasilva’s name all over it and was a trigger for Newcastle to pummel Brentford for the rest of of the 90-plus remaining minutes.

Valiant as ever, the Bees were embattled in their own half. David Raya coped magnificently but something had to give and after 33 minutes Ryan Fraser’s cross was headed powerfully and accurately past the keeper by the Brazilian Joelinton.

Surely it was time to send in the cavalry? But Eriksen and Toney remained spectators as an unrewarded Brentford corner attended by the entire side other than Raya led to a Newcastle breakaway and a Fabian Schär cross that Joe Willock converted with ease.

The arrival of Eriksen seven minutes into the second period was greeted rapturously by the home crowd and warmly by the visitors including the players. His presence was immediately noticeable – we hadn’t seen precision passing of such quality since back in the days prior to the start of a seven-match run from which Brentford gleaned only one point.

Toney’s arrival from the bench ten minutes later established order and gave the visiting defence some serious work to do, even if he has yet to regain the authority that made him an outstanding member of the squad before his minor strain derailed him several weeks ago. But Newcastle’s cutting edge was blunted and the addition of Sergi Canós, in place of the tireless but largely ineffectual Yoane Wissa, gave the ten-man side a balance it had understandably lacked throughout the afternoon’s dismal proceedings.

But chances to score remained sparse and the reckoning by those who specialise in such detail was that Brentford managed only one throughout the game.

Dasilva’s banishment remained the talking point for many of the Brentford faithful shuffling away at the end. Opinion was divided, with the predominant view being that he had been punished too heavily for what patently was not a deliberate foul. But the fact remains that while not yet exactly qualifying as a habit, clumsy contact with the opposition is not a rare occurrence for Josh: little more than a year ago he had collected a straight red after a foul almost identical to yesterday’s blunder in a match won 2-0 by Spurs. Same referee too!

With only eleven matches left on the Premier League calendar and their earlier cushion of points distancing them from the relegation zone at the foot of the table having been whittled down to a hope and a prayer, Brentford face an uncomfortable run in to the end of the season.

Very Brentford, I said to my mate Charlie – the only predictable view is one of unpredictability.