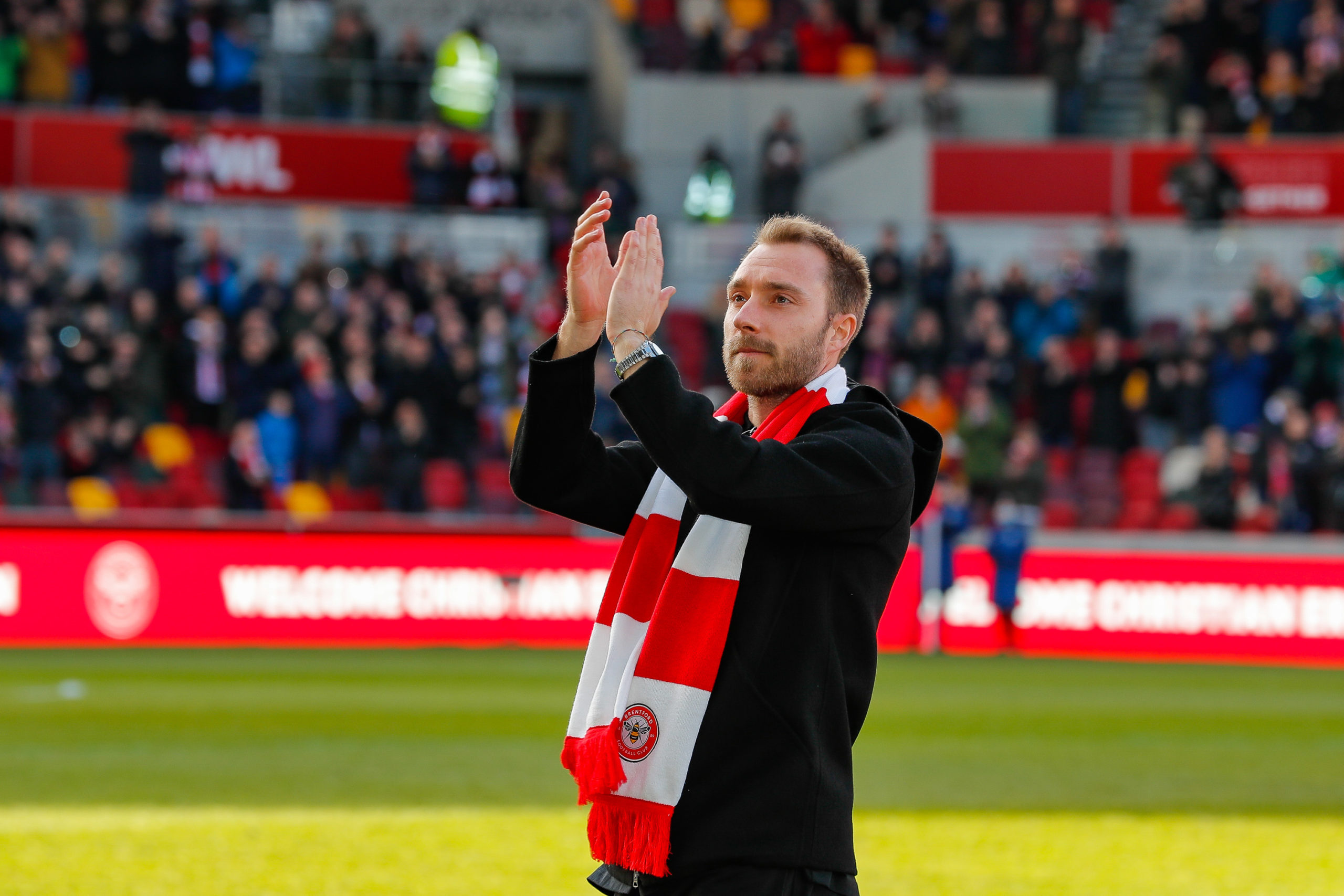 BU Contributing Editor Bill Hagerty reports on a game that will be remembered more for what happened before it than during it.
Share |
more

Christian Eriksen must have been moved by the warm reception from both sides that greeted his first appearance at the Community Stadium since signing for Brentford. Sadly, this visit was only so the fans could welcome the Danish international, who eight months ago suffered cardiac arrest when playing for his country. But what Eriksen, having perambulated back and forth across the pitch, thought of the scrappy, indecisive game that followed was not made public.

With Ivan Toney once again unavailable for Premier League action – his ‘minor calf strain’ could not have been as minor as Thomas Frank thought – Bryan Mbeumo was accompanied up front by Yoane Wissa, a willing enough partner but not one of the quality Mbeumo has come to expect.

With both sides hovering uncomfortably close to the relegation contenders at the foot of the table, the football they provided looked as if born of desperation rather than skill. Palace commanded more possession and offered more joined-up football, but not much.

Brentford, as ever, delivered commitment and guts by the bucket-load; rarely pretty but occasionally effective enough to make the Palace’s defence’s teeth rattle. The Bees’ own rearguard remained mostly solid, even if David Raya’s unsettlingly propensity to distribute the ball dangerously close to an opposition player is always in one’s thought. 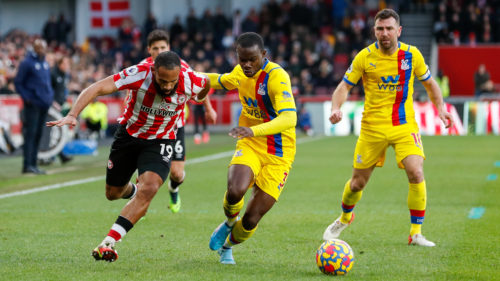 So what was there to like? Mbeumo’s relentless determination, which might well have been more fruitful if Raya and the back three had not insisted in flighting balls too high for his diminutive stature to deal with. Kristoffer Ajer’s commanding presence, both in defence and when running at the opposing defence with a determination that made them blink. Mathias Jensen, especially in the second half when he became a commanding playmaker-in-chief at the heart of midfield.

Chances were few at both ends of the pitch. Mbeumo came close to beating goalkeeper Vincente Guaita in a goalmouth scramble, Pontus Jansson saw his powerful header saved by the keeper, Ajer, his composure lacking for once, sliced a shot towards Ealing. At the other end, Wilfried Zaha was a constant irritant but not one that bothered keeper or defenders overmuch.

As ever, there was controversy, but fittingly for a dull game nothing to get really excited about.

Brentford seemed to have a good case for a penalty when Palace’s Marc Guéhi jumped high to palm the ball down, only for referee Darren England to rule that Christian Nørgaard had pushed he defender in the back. VAR confirmed this, although the replay showed Nørgaard’s touch was feather-light and unlikely to disturb a butterfly. 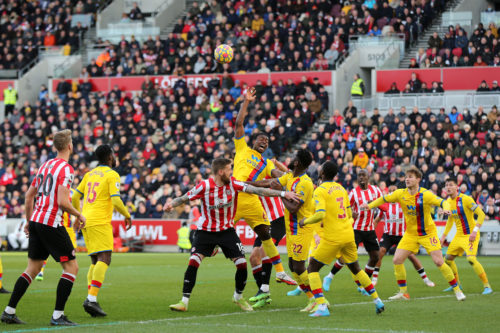 Palace’s turn to express horror at a referee’s decision came in added time when Zaha hit the ground under Rico Henry’s challenge. Again the VAR dismissed claims for a penalty and the game ended with nobody satisfied and few feathers ruffled.

Thomas Frank expressed pleasure at the capture of a point after a string of defeats and also the team’s first clean sheet since beating Everton 1-0 last November. Next Saturday Brentford travel to face Arsenal, the side they beat memorably on the first day of the season. Bringing home a point and a clean sheet from the Emirates Stadium will be a different class of triumph.

What a disappointment, I ventured to my mate Charlie. Not good enough football for the Premier League and worrying that Toney’s absence and Eriksen’s lack of match fitness seem devastatingly costly as we face the long slippery slope towards the end of the season.