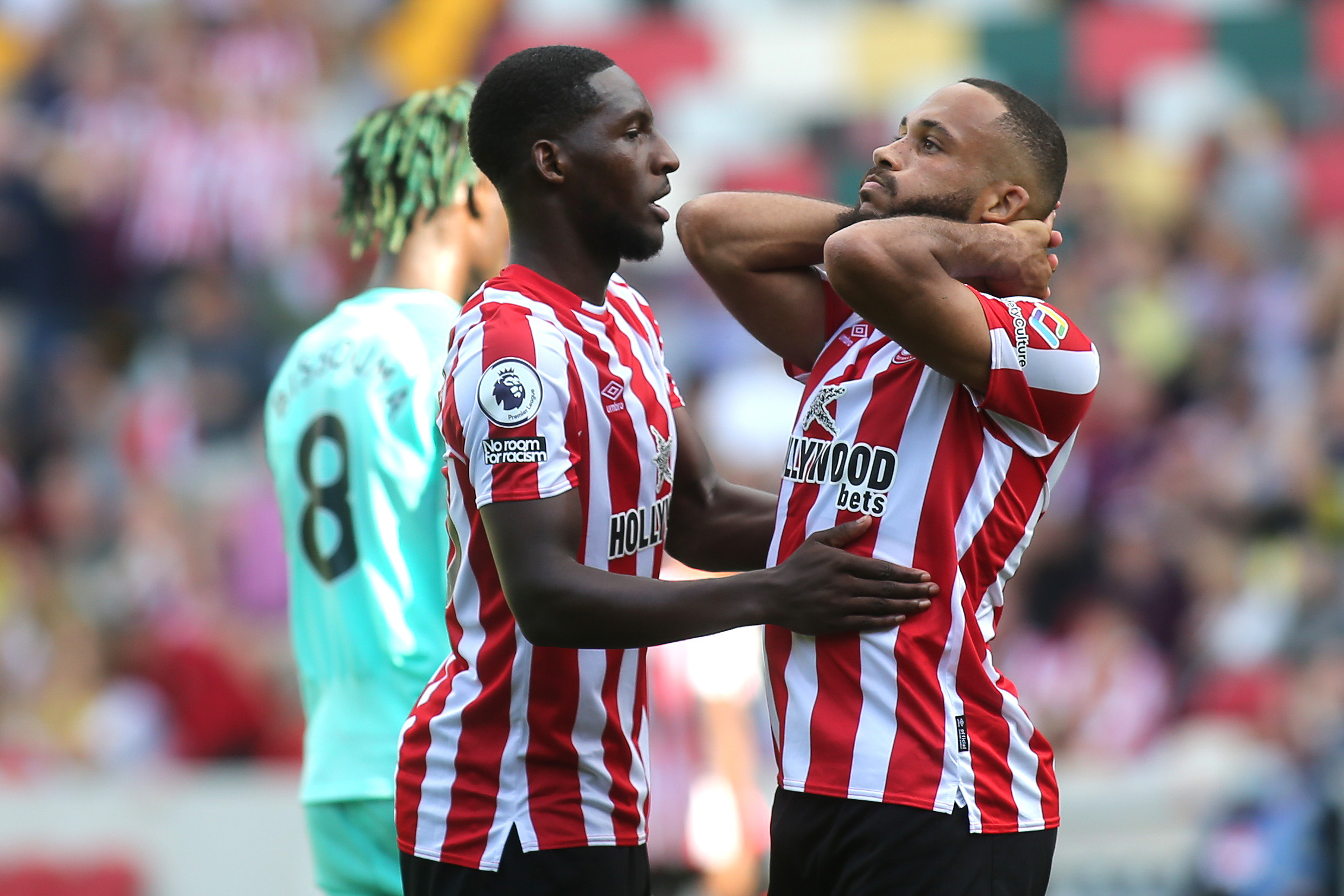 The accepted wisdom after the home defeat to Brighton was that in the Premier League you have to take your chances. Bryan Mbeumo had a few of them. Contributing Editor Bill Hagerty saw our opening unbeaten run come to an end.
Share |
more

It had to happen sometime, but few among the Brentford faithful expected it to be delivered by a Brighton side as polished as the front room sideboard but with more perspiration than inspiration. We’re talking of course about the Bees’ loss of their slender unbeaten record – three Premier League games and a Carabao Cup challenge by Division Two’s Forest Green. Okay, it wasn’t much, but for followers of a fledging side in the upper echelons of English football it was serving us nicely, thank you very much.

What with a suspension of business to accommodate the pre-World Cup international requirements, a recap is perhaps in order. A season-opening win over Arsenal was followed by a hard-fought 0-0 draw at Crystal Palace, then the cup-tie at home to Forest Green, when after conceding a first-half-goal the Bees scored three times to ease into the third-round draw, more of which later.

Forest Green, then cruising in or near the top of Division Two, were dismissed by goals from substitute Bryan Mbeumo – more of him later, too – Marcus Forss  and new signing Yoane Wissa, a Congolese attacking midfielder of speed and determination. Peculiarly, there will be no more of Wissa for the time being as he has languished on the bench ever since.

Brentford’s final outing before the international break was to Aston Villa, to where Dean Smith and Ollie Watkins, Bees’ head coach and striker respectively, have been transplanted with some success. Ollie was unfit to play and it was another front-man, Bees’ record goalscorer Ivan Toney, who stamped his authority on the game with a seventh-minute goal that was negated six minutes later by a Villa equaliser. One win and two draws were enough to keep Brentford lurking near the top of the League and all was well with the world.

Until Brighton came to call. With Shandon Baptiste replacing Samon Ghoddos in the starting line-up, Brentford went off at a ferocious pace. Brighton, in sky blue kit to match large patches of the sky, scampered after them and soon were matching Brentford’s energy, too. A splendid game developed, a pleasure to watch as the Bees created chances to score and Brighton didn’t.

But the failure to capitalise on those chances began to irk before the interval. Mbeumo shot high then even higher before unleashing a fierce raking effort that sped wide of the far post. High and wide but not at all handsome from a player who contributes more with every match, yet in the department of putting the ball in the net has a scoring touch that has gone missing more infuriatingly than a pet cat.

Brighton employed two substitutes in the second half, having the best of the end-to-end play that developed. Thomas Frank introduced a trio of of his own for the home side without any noticeable improvement. Tony remained a danger without getting a good enough service from midfield and looked increasingly fed up as the game progressed.

The Brighton crowd, in good voice throughout, began to taunt the home supporters, greeting the award of a free kick against the Bees with: ‘You dirty northern bastards’. Brighton were winning the witticism contest, too.

Neal Maupay, an admired up-front player when at Brentford, shot wide and at the final whistle appeared to be in a skirmish with Toney. Players milled around and referee Graham Scott, a meticulous man especially when it came to throw-ins being taken exactly where the ball had crossed the line, seemed perplexed

If this goes on, we’ll concede a goal, I had earlier told my mate Charlie. And so they did, neatly exactly on the full-time mark, when sub Alexis MacAllister fed Leandro Trossard – a constant irritant to the home defence and arguably the best player on the pitch – who made space and curled a swerving drive beyond David Raya.

This report first appeared in chiswickcalendar.co.uk