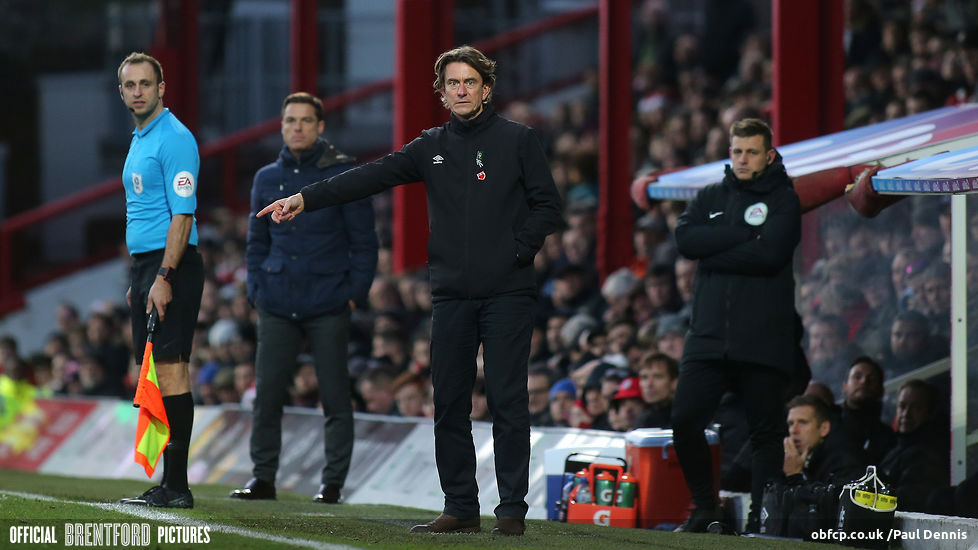 A FULHAM FAN SENDS HIS BEST TO THE BEES

If it turns out that Brentford have played their last game at Griffin Park a Fulham fan wants us to know he will have a tear in his eye too.
Share |

Phil Mison is a writer, journalist, broadcaster and Fulham fan. He also has great admiration and respect for the Bees. He was planning to go to the Fulham v Brentford match on 13th March with an old friend, Brentford historian and BU Board member, Greville Waterman. He has now sent Grev some thoughts about Brentford and asked him to share them with fellow Brentford fans. Grev has posted Phil’s words on his own blog and here on the BU site. He hopes you enjoy them as much as he did.

It’s a sombre day for all West London football fans of a certain era. In testing times for the nation hardships endured must end at some point in closure. Because that is how we survive. And whatever our sense of loss, be it large or small, memories are a vital component in our ability to both acknowledge the past but also to keep going and to ‘come again.’

Brentford fans today will doubtless have their fill of fond memories. But none would have predicted or wanted the love affair to end this way. The weather has played its part. The sun shone down on Griffin Park last Saturday for what should have been Brentford’s last game of the season against Barnsley.

Regardless of that result had the match taken place the occasion would have been one of enormous emotion at the Bees home since 1904. Yes, the brand new ground is almost ready and waiting just across the way. But wait! Where is the closure? It’s not over till its over. Isn’t that what we say in football?

If Brentford’s league programme is on hold due to malicious and unseen forces beyond our control, the cold hard facts of the league standings show the Bees right in the promotion mix and about to take on Fulham.  Meetings at Craven Cottage have gone Brentford’s way  in recent times. Any win would lift Brentford above their local rivals. What’s more, Fulham faced a daunting run in that included away trips to QPR, Leeds and WBA. In the lead up to the derby last March it was Brentford being quoted the better odds in the quest for promotion.

But all that, like life itself, is now on hold.  Will the league resume to a logical conclusion? Might Fulham in fact have had one more trip for a night under the lights perhaps through the play offs?  Who knows? Is there still one more dramatic act to be played out at Griffin Park before the gates close for ever? Nobody knows. And so we fall back on those memories.

As a boy growing up in West London I could not get enough football. My Dad took me to my first match at Craven Cottage. And yes, if you had not twigged earlier in the piece this is Fulham fan Phil Mison here saluting his 2nd favourite football club. A bus ride in the early 60’s got me down to Western Road to watch Southall. Then enough footie following mates at big school ensured plenty of Dads around willing to take us nippers along to Brentford and QPR games too.

My first love of course was always Fulham as that was where my Dad came from. I guess it was written in the stars that my breakthrough into commentary work would be reporting on LBC at Craven Cottage. But when I was then offered the Brentford home games on alternate weeks you could say my football watching world was perfect. The radio work also led to long term collaboration with Newsonic Video Productions and I’m sure a few of you may still have examples of those End of Season compilation tapes (along with a few dodgy hairstyles and fashion disasters).

Neither Fulham nor Brentford were dining at the top table in my radio days sadly. But by golly haven’t there been some wonderful triumphs and Cup thrills on the journey! As to nailing colours to the mast, well they say comparisons are invidious, but it almost pains me to note for a great many seasons the way I was greeted and treated by everyone at Brentford FC, especially in the Stevie Perryman era –was without question more professional, warm and accommodating than at my own club.

The Fulham and Brentford camps are barely a few miles apart along the same stretch of river. From the 90’s onwards both branded themselves as ‘Family Friendly clubs’. Fulham paid lip service to it. Brentford lived and breathed it. Long may that tradition stand and serve in their new home. I cannot wait to visit.

I have been quietly envious now for years at the way Brentford functions and how astute they are in the transfer market in particular. Greville Waterman’s excellent article last week gives a snapshot of a thoroughly well run club from top to bottom. Please permit this Fulham fan to wish you every success in the coming months as we all with a tear in our eye say farewell to Griffin Park. We Fulham fans remember the sense of dislocation only too well.  May the move prove to be your pathway to the Premiership (as long as we make it too). At this very special time in Brentford’s history, thanks for being there and here’s to the next 104 years!