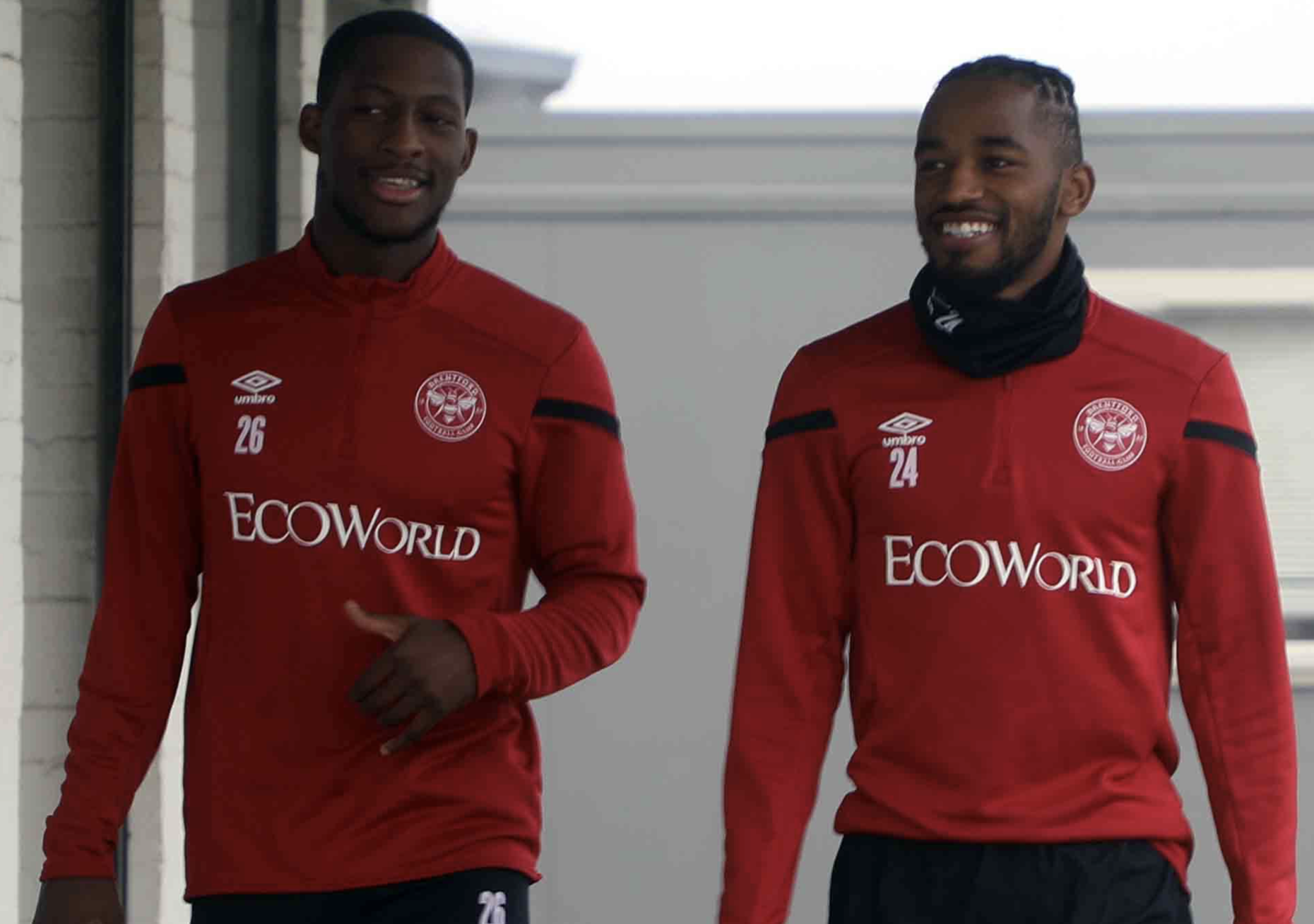 In his usual post-window blog Brentford historian and BU Board member Greville Waterman can focus on the good news and the players Brentford signed rather than sold.
Share |
The January Transfer Window is generally anticipated with dread by all Brentford fans – and with good reason too given that the likes of James Tarkowski, Toumani Diagouraga, Scott Hogan, Sam Saunders, Lasse Vibe, Ryan Woods, Chris Mepham, Alan Judge and Nico Yennaris have all left the club during that period, often for massive transfer fees.

Brentford are renowned throughout the game as a stepping-stone club which unearths and buys young, promising and talented players who have generally gone under the radar and escaped the attention of their bigger brethren and then hones and develops them given the quality of their coaching, puts them in the shop window and finally sells them at the right time once they have been replaced and their preset value has been met by another club generally much higher up the food chain.

January is traditionally a time when clubs panic and overpay for that special player who might just score the goals that they need to win promotion, or that rugged defender who can help stem the flood of goals conceded and ensure that they avoid the threat of relegation.

Brentford have always taken advantage of this and obtained huge sums for the likes of Hogan and Mepham in January.

Turning the model round on its head, January is not the best time to buy players as they are invariably over priced and clubs have to pay that January premium.

Given their commonsense approach it is not surprising that Brentford have rarely looked to buy and strengthen in the January Transfer Window. That is traditionally done and better left, to the close season.

The last time the Bees looked to be active in the January transfer market was way back in 2015 when promotion seemed a possibility but Mark Warburton decided not to import fresh talent when offered the opportunity, given his faith in his current squad and his fear that the exceptional team spirit could be affected by new arrivals. In retrospect, a bad decision despite the club reaching the Playoffs, as an exhausted and weakened squad had run out of gas by the time the dreaded Playoffs came around and Middlesbrough found us to be easy meat.

Ever since, January has been a selling month rather than an acquisitive one. Sergi Canos and Florian Josefzoon did arrive in January 2017 and Emiliano Marcondes the following year, but they were the exceptions rather than the rule.

January is therefore a month when the Directors of Football either switch off their mobile phones or sit back and wait for the offers to roll in and generally allow one of the crown jewels to depart.

This year was different however. The Brentford squad is packed with talent, and teams in the Premier League with money to burn covet many of our players. Surely somebody would make an offer we could not refuse for one of the BMW front three, Said Benrahma, Bryan Mbeumo and Ollie Watkins, who have all been in devastating goal scoring form?

Maybe they did, although Phil Giles stated that this had been a “quiet window” with no offers received for any of our players. Predators realised that with the Premier League in our sights with a place in the Playoffs highly likely and with the top two also a realistic target that it would be patent madness for us to weaken the squad this January.

We all like to dream and I cannot believe that any Brentford supporter has not imagined opening next season in our new state-of-the-art stadium in the Premier League.

For the first time since we reached the Championship back in 2014 Brentford ended the Transfer Window significantly stronger than when it opened on 1st January.

Two major signings were made and they were typical, trademark Brentford signings – much coveted young, brilliantly talented, skillful footballers who can only improve and whose arrival will enhance the quality of the squad and left our rivals gnashing their teeth in frustration.

Central midfielder Shandon Baptiste glides effortlessly over the grass and is a box-to-box player with quick feet, massive dribbling ability and a keen eye for goal. His Oxford United teammate, Tariqe Fosu is a pacy winger who can beat a man on either side of the pitch and will provide an additional goal threat to support the BMW partnership. Oxford United fans were figuratively slitting their wrists in anguish when they heard the news of the departure of their two brightest stars.

Brentford’s promotion rivals also looked up and took notice once again at how well our club is run and the way in which we operate, quietly, with stealth, and below the radar, before we pounce and sign the prospects that so many others covet.

There was talk of bringing in another striker to support the predatory Ollie Watkins but the right player could not be found at the right price and Halil Dervisoglu, another talented youngster will undoubtedly become Brentford’s 1,000 Football League player and receive his chance to shine.

The Brentford B team also replenished its stock bringing in the immensely talented attacking midfielder Paris Maghoma from Spurs who has already caused great excitement and contributed an eye-catching long-range goal for his new teammates. Aaron Pressley, a promising and tall centre forward from Aston Villa will also be given his chance to shine.

It is a fact of football life that with every arrival comes a departure and in January the club bade farewell to faithful retainers in our longest serving player, Josh Clarke, so dogged by injury and so feared by all fans of Queens Park Rangers. He did us proud and will surely find a new berth very soon.

Tom Field never kicked on after so promising a start and now has the chance to build a career at Scottish Championship Dundee and he also leaves with our best wishes. A local boy – he was one of us.

Neither Canice Carroll, Ali Coote or Joe Hardy received a first team chance at Griffin Park. Tough tackling Carroll did not make his mark during a loan spell at Carlisle but has earned a contract at Stevenage and can hopefully help keep them in the Football League. A real enthusiast, he deserves to succeed. Coote had played senior football in Scotland but never managed to break through at Griffin Park and now hopes to do so at Waterford.

The enigmatic Hardy, a predatory B team goal machine never did quite enough off the ball or worked hard enough outside the penalty area to earn a first team opportunity. He has returned to his native North West and has received an unexpected opportunity at Liverpool where he has already scored three times for their Under 23 team. Who knows what the future holds for him, but we should all wish him every success as the B team philosophy is not only to develop first team players for Brentford but also to ensure that those who do not make it here ideally make a career for themselves elsewhere.

Normally January is a month for us Bees fans to dread – this year it is one for us to rejoice.