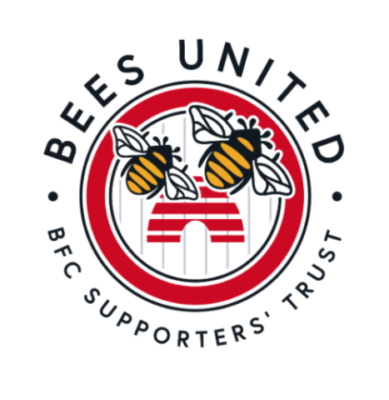 Brentford Football Community Society Limited is the official name of Bees United and the Society has now published its audited accounts for the year ending 30th June 2019.
Share |
The key numbers in the BU Accounts are those forecast by the Treasurer Jim Walsh at the Annual General Meeting on 7th March 2020:  Revenue £25k (2018: £30k),, Operating Profit £13k (2018: £24k) and Net Asset Value £1,011k (2018: £990k). The Net Assets were made of up c. £323k cash at Bank and c. £688k owed by the Football Club.
Confirming those figures following the audit by Levy and Partners Limited Jim says ”Income is derived solely from the continued generous donations of BU’s members (membership is now free of course) and the BU Board are extremely grateful and appreciative of this. Although income for the year was down by almost 10%, it remained a healthy figure of almost £26k with well over 300 BU members continuing to make regular contributions (monthly, quarterly or annually).
‘Last year we were able to make a significant contribution to the costs of the Drone which we felt was of benefit to all Bees fans (a big thank you to Trevor Inns for providing the drone footage). Later this year, the continued donations from members will allow us to provide all members with a limited edition book, celebrating the move from Griffin Park to the new stadium at Lionel Road with pictures from 1904 up to the opening of the new stadium.  Other projects are also under consideration – so watch this space.
‘Thanks again for your continued membership and support’.
Share