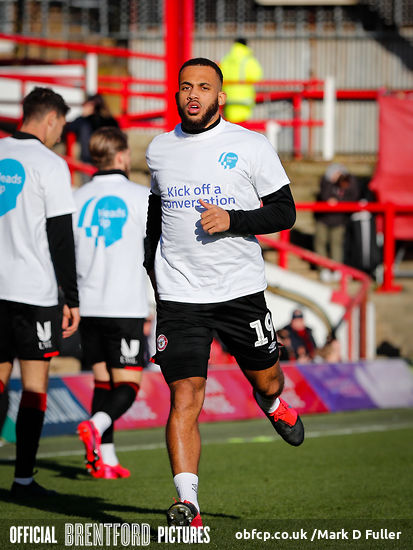 Brentford Football Club are bringing staff and fans together for a special event about mental health as part of the Duke of Cambridge and EFL’s Heads Together campaign.The Middlesbrough game, when players wore special warm-up shirts and the playing shirts had the Heads Up logo on the front, kicked off  the biggest ever conversation on mental health.Now the club are partnering with the Brentford Community Sport Trust to host a mental health awareness evening in The Hive on Monday 24 February. There will be a screening of a  short film called “Steve” which was created by Ben Avers whose close friend took his own life. It’s a hard hitting film and a good chance to bring fans and the local community together to talk about mental health. especially considering that 75% of suicides in the UK are male.

There is a film trailer at: https://www.youtube.com/watch?v=XEp5ck-DYzI.

The screening is open to all but the club ask that anyone interested in attending please register here: www.brentfordfc.com/steve