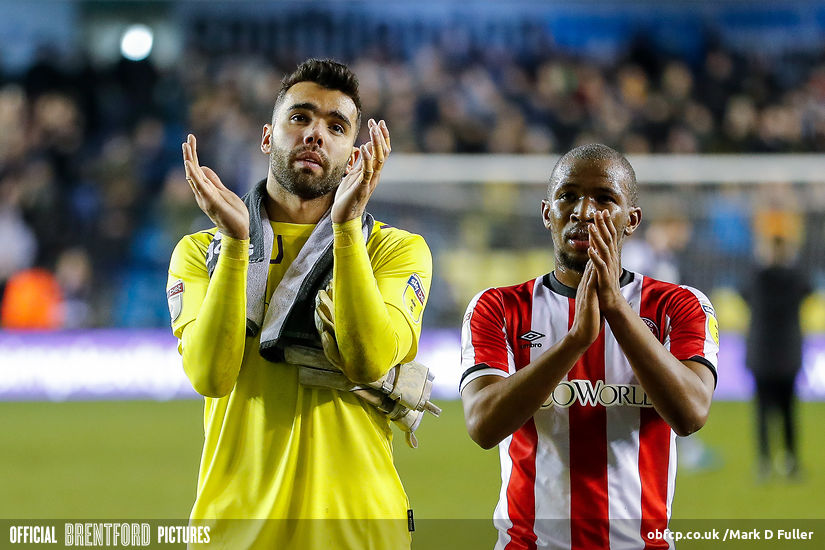 Donald Kerr was at the New Den on a frustrating afternoon.
Share |

Looking ahead to the Christmas programme, the away tie to Millwall stood out as one where we would have to earn the right to play our style of football, where we might struggle to impose it on the opposition.

Looking ahead to the Christmas programme, the away tie to Millwall stood out as one where we would have to earn the right to play our style of football, where we might struggle to impose it on the opposition. Fulham, West Brom and Swansea had seen us dazzle, if not for 90 minutes, at least enough to earn the praise of the opposition fans and to take seven points from nine. And with a similar game in prospect at Ashton Gate on New Year’s Day, it was Millwall that might stand between us and the potential for one of the best holiday points haul for years.

The last two visits to the New Den were warnings of what was to come; George Saville’s goal in the first minute had proved decisive and we only escaped with a point last season courtesy of a stunning strike by Josh da Silva having been reduced to ten men early on. Today’s match was more of the same, with a ninth minute mistake by David Raya resulting in the only goal of the game and the rest of the match very forgettable.

The team sheet was conspicuous by the absence of Christian Norgaard, rested for the Swansea match but, having appeared briefly at the end of that match, unavailable today. Many fans would have seen this opposition as being more suited to Christian’s midfield toughness and experience, and, although we were on the back foot after the early goal, he might have just added that extra steadiness that seemed to be lacking at times as Millwall pressed us relentlessly all over the pitch. Millwall worked harder without the ball and gave us no time to settle. We were bundled over and pushed, all seemingly within the rules according to the referee, and became more and more frustrated as the game wore on. Mathias Jensen and Kamo Mokotjo  struggled in midfield and Said Benrahma, while busy, found himself surrounded each time he received the ball and once given a yellow card at the very end of the first half he became much less effective. It seemed strange to see him in the middle against enormous centre halfs with Watkins joining from the wing, but I doubt it would have made much difference given the energy the opposition were applying to ensuring we had no time on the ball. Of the front line, possibly Bryan Mbeumo was the most effective but there were few quality passes to anyone up front and we were hustled off the ball time after time. Someone remarked to me afterwards that we hadn’t competed as vigorously as Millwall but it wasn’t as if there were lots of goal mouth incidents. Raya had practically nothing to do after the goal, and the opposition goalkeeper was only called into action once by a delightful turn and shot from the edge of the box by Mbeumo late in the first  half.

It was a typical day at the Den. Gary Rowett had set his team up to frustrate and they did that to maximum effect. It was almost as if he was adopting the pose of the away team and no doubt he will say afterwards that it worked.  Pretty it wasn’t. Pontus and Ethan probably saw more of the ball than any players on the pitch but it was due to the lack of opportunities ahead of them. The pitch itself didn’t help our game but we can hardly blame that for the goal, and despite having eighty minutes to repair the damage, we couldn’t find a way through.

If this seems a dull report, it reflects the match. Late on Jan Zamburek might have pinched a point when he finished one of the few flowing passing moves of the game, but he scuffed his shot slightly wide and the moment had gone.

There has been so much great football to write about over the last few weeks, and it as surprising as it is frustrating that it deserted us today. Bristol City have been on a poor run recently but their win today sets up a great contest on New Year’s Day as we try to get back on the winning trail. Their style of play and their peerless pitch should make for a more enjoyable afternoon than an eminently forgettable one in East London.