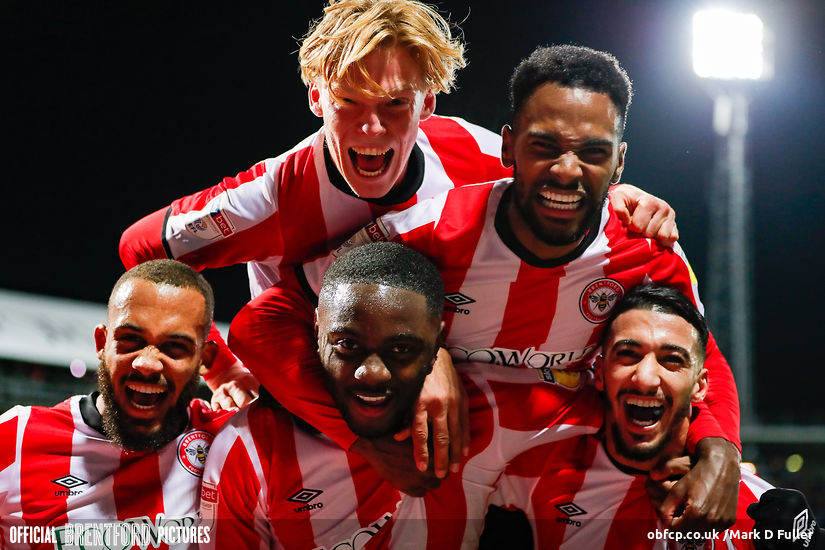 A cluster of goals that propelled the Bees into seventh place in the Championship table was sweet reward for the faithful after a stuttering start to the final season at their creaking but memory-packed old ground.

Truly a day to remember – except for those who had travelled down the M1 with high expectations fuelled by a midweek victory over Charlton.

Over the years Luton has been known mainly for its airport, made famous by a television advertisement for an aperitif – don’t ask – and the much beloved comedian Eric Morecambe, who promoted the football club he supported whenever he could, on and off the TV screen. As a vice-president of the Hatters, he would claim that when the team was losing 0-2 at half-time its fans would chant, ‘What do you think of it so far?’, to which he would reply, ‘Rubbish!’, a popular catchphrase of Eric and partner Ernie Wise.

Eric’s gone now, a lovely man who might even have mustered a wry smile at the substandard performance – not rubbish, but struggling to achieve something close to it – of his favourites, currently languishing too close for comfort to the drop zone that leads back to the division they escaped from only last season.

Here’s the catalogue of disasters they suffered on Saturday: conceding seven (lucky for some?) goals; losing a player, Brendan Galloway, to injury after the maximum number of substitutions had already been made, reducing the team to ten men; giving away two penalties in the second half, both of which were converted; and seeing a yellow card issued to every player who remained upright for at least ten minutes. Okay, I made up the last one – it was, admirably, a card-free match – but you get the picture.

Meanwhile, here’s what Brentford were up to. Just six minutes in, defender Dan Potts and goalkeeper James Shea got themselves in a terrible tangle, leaving Bryan Mbeumo to poach the ball and squeeze it into the net at the near post. Mbeumo improves with every game and, indeed, there was something of his predecessor, Neal Maupay, about the way he snatched up the chance.

It was not until the half-hour that the Bees reinforced their superiority, Ollie Watkins converting a pass from Josh Dasilva to record his twelfth goal of the season. The crowd, already in good voice in taunting an uneasy-looking Shea, turned up the volume as Watkins celebrated and even more so a few minutes later when this most unselfish of players, set up Mathias Jensen for a turn and perfectly placed shot just inside Shea’s right-hand post.

Just seven minutes more and Watkins was again the provider, this time for Dasilva to smack a left-foot shot into the far corner from distance – the pick of the afternoon’s goals – and then, as the half flickered into added time, hustle his way deep into the defence to score another, this time from closer in and with his right foot. Luton trudged off, visibly wilting. In a Hertfordshire cemetery, Eric Morecambe began to spin in his grave.

In the second period, although tame by comparison, Brentford hustled and bustled and, following Galloway’s departure, scored their sixth. Said Benrahma, proving more than a handful by the minute for the visiting defence, palpably wanted a goal and, awarded the spot-kick, was allocated one. And when he was fouled in the area just a few minutes from the end of normal time, a similar courtesy was granted to the outstanding Dasilva so he could complete his hat-trick.

The home crowd was ecstatic. while Luton looked a whisper away from total collapse – ten men for whom the final whistle could not come soon enough. It was, reasoned the vintage home supporters, no more than revenge for a 6-2 hiding handed out by the Hatters to the Bees at Griffin Park some 45 years ago. Kinder hearts among the crowd could only search for something, anything, to say that would lessen the pain of a monumental drubbing.

‘Well,’ I ventured to my mate Charlie, ‘they managed to hit some fine passes.’ ‘But not necessarily in the right order,’ said Charlie.