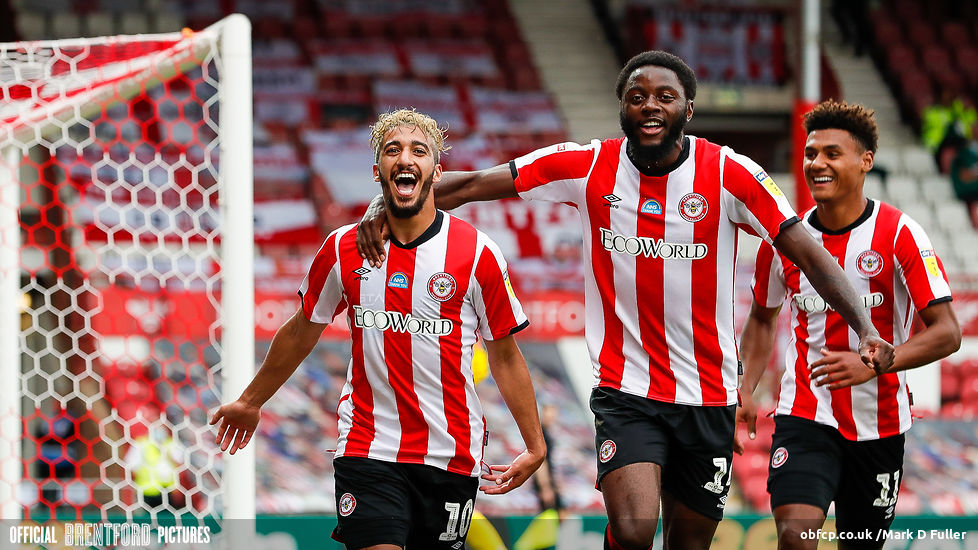 A faultless display by the Bees creates a record breaking fifth consecutive victory without conceding a goal.
Share |

Brentford had sympathy with but no mercy for a Wigan team owed wages by their invisible owner and possibly doomed to relegation by his bizarre decision to go into administration just when things were going well.

A hat-trick by Said Benrahma and so many other great performances in the wake of Said in the battle for Man of the Match that you lost count, all we needed was a Bees crowd inside Griffin Park to enjoy the fifth clean sheet in succession (495 minutes since a goal conceded to be precise) and the ninth goal since the restart.

There were more fans flags on display but when it came to human beings it was still just the Directors Ten, the rotating list of Brentford board members and associate directors who are allowed by the EFL into each game. At one point Peter Gilham on the PA urged ‘Come on Bees Fans, Come On Directors’. And how they cheered their team on during and after a superb display by a Brentford team full of confidence and still focused on an automatic promotion slot.

Shandon Baptise got a deserved start with Josh Da Silva resting on the bench, but after 40 minutes Shandon had to go off with an injured  back and Josh came on. It says a lot about the quality of the Brentford squad that bringing on a sub strengthened the team. By then the Bees were already one nil up after Benrahma turned in the box to put home his first.

His second was a ‘did he mean it or not’ cross that Wigan keeper David Marshall misjudged and had to watch as it landed in the net. From the Braemar Road stand it looked as if it was going wide. ‘Oh’ said Peter Gilham. To complete the hat-trick Said finished off an excellent move in which Christian Norgaard and that man Da Silva also had starring roles.

There were so many moments to enjoy: the aerial battles between the two two-metre high men Ethan Pinnock and Kieffer Moore, the first touch sweeping passes of  Norgaard, the boundless energy of Rico Henry, the endless running of Ollie Watkins and yes the happiness of captain Pontus Jansson beaming with delight as his team headed for victory.

To add to the growing list of sounds we don’t normally hear: one hell of a crunch as Rico collided with a bulky Wigan bloke then promptly jumped up as if nothing had happened and a precious moment at the end as Wigan captain Sam Morsy shouted at fellow defender Antonee Robinson that he was a ‘xucking xickhead’. It was that kind of day for Wigan who also had sub Joe Garner soon sent off for a high kick in what looked a harsh decision. 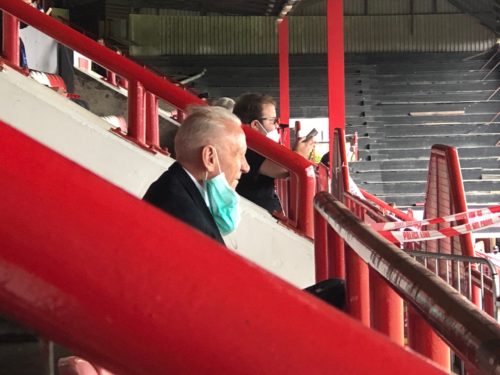