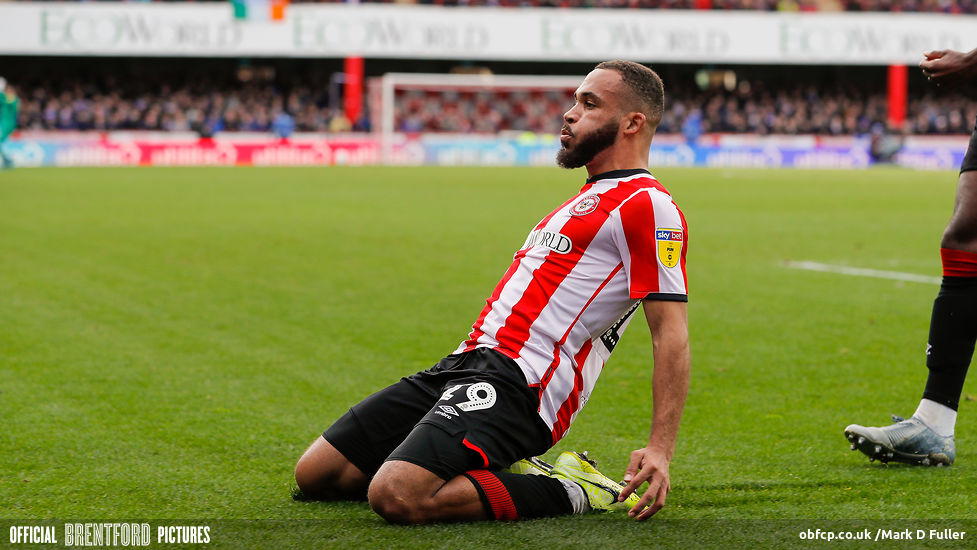 What a first half! Brentford going three-up courtesy of BMW – that’s Benrahma, Mbeumo and Watkins, who added gloss by scoring in the correct order – with a performance as good as any the squad has produced so far this season, while their nearest London rivals struggled to get into the game.

The second half was a different story, but let’s leave that for a few minutes and skip to the aftermath brought about by the two teams strutting their stuff at the top of the Championship table and two others uninvolved in an early kick-off demanded by live TV coverage, West Brom managing only to draw with struggling Charlton and Leeds coming unstuck at home to Sheffield Wednesday.

How delicious. Suddenly the landscape changed as if at the hands of an earthquake measuring 6.5 on the Richter scale, Brentford’s three points taking them to just seven and six behind WBA and Leeds respectively. The play-offs became eminently reachable and – whisper who dares – automatic promotion to the Premier League a possibility not beyond contemplation. All this as a grand old club prepares to bid farewell to Griffin Park and move into swish new headquarters fit for the best in the football business.

Who’d have thought it, especially as for the first ten minutes or so on Saturday when, far from buzzing, the Bees were giving the impression that their collective battery needed some time on a charge. Perhaps Ollie Watkins being denied a penalty when clobbered when at full pelt in the area supplied the electricity required. Certainly the home side began to exert such control that QPR looked in danger of falling to bits and when, after 19 minutes, a Mathias Jensen free kick was swept through a crowded goalmouth by Said Benrahma to open the scoring, the visitors started to resort to attrition that could lead only to referee John Brooks deploying yellow cards so frequently that one wondered if he had his whistle permanently clamped between his teeth. The result: QPR finished with five yellows to Brentford’s none and Mr Brooks in need of refreshment to loosen his pursed lips.

In the meantime, Brentford scored twice more and came close with set pieces, that suggested the recruitment late last year of Swedish coach Andreas Georgson as a set-piece specialist is paying rich dividends. Witness, after 23 minutes, Ethan Pinnock’s header from an immaculate Jensen free kick that enabled Watkins to put the result beyond reasonable doubt with a glancing header from close range. Between these two goals and ten minutes prior to Ollie’s, Bryan Mbeumo managed some neat ball juggling to flummox the visiting defence before flicking a floater past keeper Joe Lumley. Mbeumo’s eleventh of the season illustrated just how focussed he has become when chances arrive.

So into a second half when reasonable doubt could, surprisingly, be questioned. Whether it was a pep talk and some intelligent substitutions by manager Mark Warburton, he of fond memory when in charge at Brentford, or a series of mistakes that suggested the home side, temporarily one hopes, had lost the plot, Rangers battled their way back into reckoning, with the opposing defence getting muddled more than thrice before Nahki Wells, the visitors’ leading scorer, contributed as goal so soft you could have put it in a cone and eaten it. It’s best not to dwell on those forty-five minutes, especially as the Bees might well have ratcheted up a bigger score by taking some of the opportunities they did create. Far more sensible to look at the important plusses on a fine afternoon for the club.

Third in the division and with the best goal difference and defensive record, the Bees look capable of giving any of the chasing pack a hard time. And they now can boast the Championship’s leading marksman: Ollie Watkins, with 18 goals, three assists and a higher percentage of shots on target than any of his rivals.

It was therefore with understandable pride that when Lasse Vibe, the former Bee now back in Denmark, responded in a half-time on-pitch interview to Peter Gilham’s questioning about how the club has changed since his day by observing  ‘you’re better since I left’, Gilham didn’t hesitate, replying ‘We are, actually.’