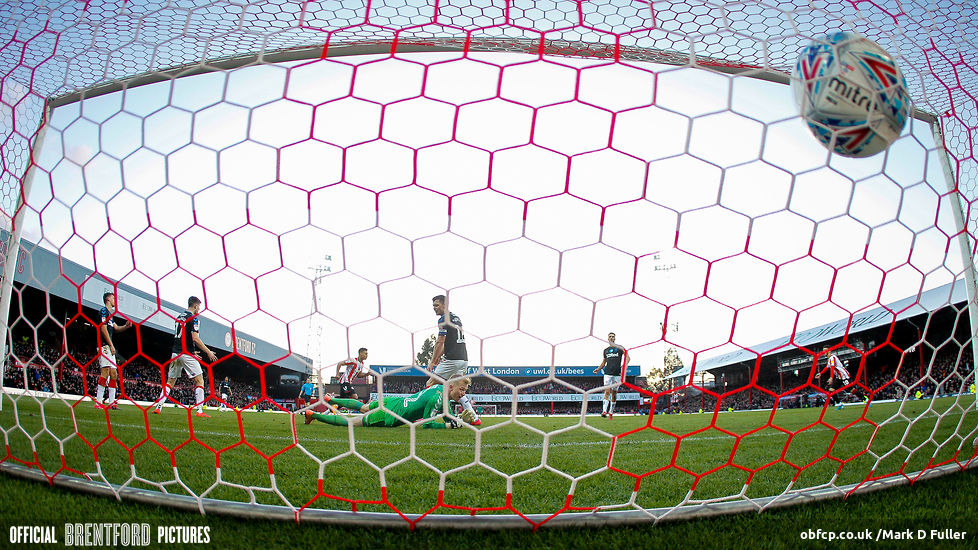 It could turn out to be Brentford’s most important goal of the season. With a resolute ‘Boro side having twice come back from a goal down and by the minute looking more dangerous even than a pack of hungry bears, Christian Norgaard bustled across the visitors’ penalty area before providing a pass that an unmarked Ollie Watkins coolly despatched.

Without Ollie’s twentieth, Brentford would have seen any real chance of automatic promotion to the Premier League at seasons-end heading for the exit door. As it was, even though Fulham stayed ahead in the division table after edging a win over Blackburn Rovers, the Bees go into Tuesday’s mega-clash against Leeds – on the blink on Saturday with defeat by Nottingham Forest – facing a decent chance of soon penetrating those highly-prized places.

All had seemed well at the start and when fourteen minutes ticked by without the Bees conceding a goal there was an almost audible sigh of relief from the Ealing Road end, dispelling memories of both Leicester City and Nottingham Forest winning with early strikes.

A scrambled goal had them ahead at the interval and a comfortable victory beckoned, even if the BMW unit up front squandered chances with a Josh Desilva header hitting a post and Bryan Mbeumo blazing a chance high over the bar. In the meantime, the visitors were having difficulty in penetrating what, statistically, is the best defence in the Championship. What was there not to like?

But, as so often happens, the opposition emerged for the second half displaying the thoughtfulness and sheen noticeably lacking in the first. And when Benrahma appeared to insist on taking a free kick against the wishes of skipper Henrik Dalsgaard, only to fire it over the ‘Boro bar, the home side was looking uncomfortable verging on a high state of anxiety.

Only the most hard-hearted Brentford fans would not acknowledge that Middlesbrough may correctly consider themselves to be unlucky in – for the first time ever – coming unstuck against the Bees twice in a season. Brentford’s first goal, judged to have crossed the goal-line only after referee Peter Bankes had consulted his wristwatch technological gizmo, and, for the second, a wicked deflection necessary for a fierce shot from Mbeumo to bamboozle goalkeeper Aynsley Pears, could both be cited as evidence of ill fortune.

Yet after each strike, the visitors hauled themselves back into the game, first when midfielder Lewis Wing latched on to a ball that appeared to be of no real interest to the Brentford defence to fire it wide of David Raya; then a corner from Marcus Tavernier that found Ashley Fletcher for the striker to head home while the defence remained as static as a forest of petrified trees.

It is worth noting that Fletcher, mostly an irritant rather than a threat to the home side, is ‘Boro’s leading scorer in what, for them, has been a season as fragmented as a patchwork quilt. This was his eighth goal in the League.

Following their second equaliser, the visitors embarked on a short-lived rampage that petered out on an all-mouth-and-no-trousers flurry before Watkins – from Brentford’s perspective, man of the match by a street – scored that late, late winner, which was quite unusual, and with his right boot rather than his head, which is marginally less so.

Others contributing sterling performances to a scrappy, bruising game were  Rico Henry and Dalsgaard and centre-back Julian Jeanvier, charging into a melee in the box to convert Ethan Pinnock’s headed cross for the first goal. He is also to be congratulated on sporting a new, luxuriant red hairdo, which some of the ladies present found most fetching.

‘Come on you red,’ said my mate Charlie.