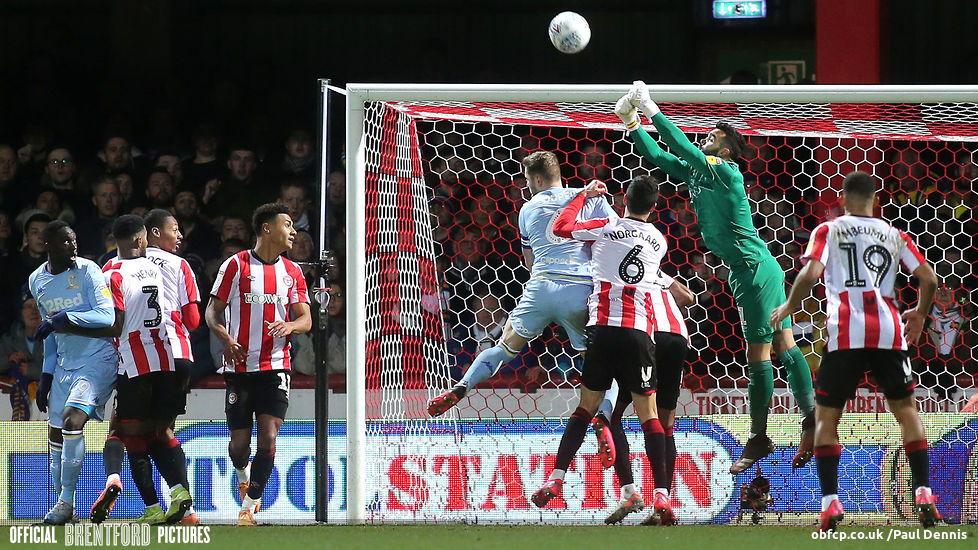 The fact that two goalkeeping errors – each leading to a goal – were the highlights of an encounter between these two promotion-chasing sides is testament that this was not exactly the thrill-a-minute shootout many of us expected. Chances were few. Meaningful shots rare. As a spectacle, it was about as dramatic as crown bowls, although considerably faster.

This is not to say that there was nothing to admire. Leeds’ immaculate passing, for example. Short or long, the ball seemed to home in on its destination as if radio controlled. Such was the accuracy, it was surprising that those with the guided-missile boots that delivered these works of art did not pause to take a bow before getting on with the game.

As for Brentford, their sheer resilience and tenacity were a wonder to behold. As wave after wave of the visiting attack attempted to get round, or over, or, if absolutely necessary, under them, the valiant Bees – best defensive record in the division, remember – fought to stem the tide.

‘They shall not pass,’ could have been their mantra but for the fact that, as exhaustion took hold, ‘they’ sometimes did, only for the visitors collectively to discover that they had left their shooting boots back in Yorkshire.

Extraordinarily, while trying and largely succeeding to stamp their authority on the game, after 25 minutes Leeds handed the home side the lead with a blunder that should have arrived gift-wrapped. Skipper Liam Cooper directed a square  back-pass to goalkeeper Kiko Casilla, only for him to fumble it through his hands. The lurking Said Benrahma was on hand to stroke it into the empty net.

Oh calamity! David Raya, having recently committed a similar howler against Hull, celebrated along with his team-mates, perhaps with a sneaking feeling that ‘There but for the grace of God, go I,’ except he’d already gone that route of course. And, having tipped over the bar a fierce shot from Pablo Hernandez, it wasn’t long before the usually wholly reliable keeper gave tit for tat, failing to reach a Jack Harrison corner that pin-balled around his area before a charging Cooper smacked it into the net.

Leeds then renewed their slick approaches. Henrik Dalsgaard found himself under constant pressure from the speedy left-winger Harrison, target of much of that pinpoint passing, while the Bees were busy giving away the ball and conceding enough corners to keep Raya on his toes permanently. Pretty, it wasn’t, and as the first half sped to its conclusion the Ealing Road end’s chant of ‘Leeds are falling apart again’ seemed more hollow by the minute.

The pattern remained after the interval, although Brentford sorted themselves out to the extent that the visitors could not afford to give Benrahma and the once again impeccable Ollie Watkins much space. A Benrahma free kick cannoned back off the defensive wall and Casilla came close to a second catastrophe as he and Watkins both raced for the ball and Ollie bore down on him like a charging bull.

The tension became intense: a buffeted Josh Dasilva was substituted by Emiliano Marcondes and Matthias Jensen and Christian Norgaard began visibly to wilt in midfield, where creative play gave way to dogged, sometimes desperate defence. Thomas Frank, presumably having lost track of time, eventually tossed new signings Tarique Fosu and Shandon Baptiste into the fray, but they barely had time to introduce themselves to the rest of the team before referee Robert Jones ended the all-round misery.

Brentford were able to take a little consolation when learning of Nottingham Forest’s capitulation to Charlton, which saw the Bees ease up a place into fourth on goal difference, although they have to entertain the south London side on what could turn out not to be not so Good Friday.

As for Leeds, the Nearly Men, they had once again failed to win at Griffin Park, having last done so in 1950, or to score more than one goal there, as in in any of their previous 13 visits. They are likely soon to drop out of the top two in the division and face a play-offs place that last season saw them succumb to an unremarkable Derby side.

It’s a tough school in the upper regions of the Championship although, as I said to my mate, they certainly didn’t look like a team that hadn’t won in any of their last six outings.