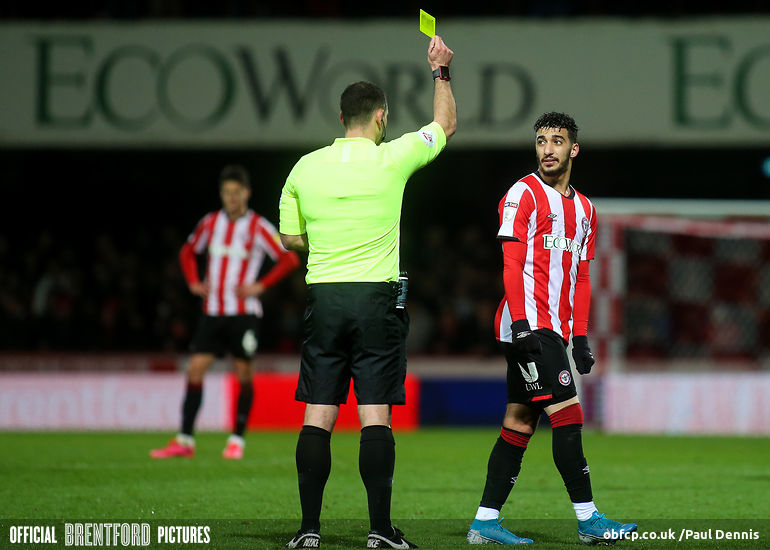 Bill Hagerty sees a cynical Forest side out-manoeuvre below par Brentford in the scramble for promotion.
Share |

Folklore has it that Robin Hood, a vagrant outlaw with a band of accomplices known as the Merry Men, gained such public acclaim by robbing the rich to give to the poor that today a statue of him stands outside Nottingham Castle.

Centuries pass, and it is unlikely that the city’s modern heroes will be so honoured: these men show little signs of merriment, nor do they hang out in Sherwood Forest in order to dispense misery to the wealthy. No, Nottingham Forest consists of a well-disciplined, corners-cutting, time-wasting bunch of mercenaries determined to achieve a return to the Premier League after more than 20 years of rubbing shoulders – and shin-pads and shirts – with football’s hoi polloi.

The last time Brentford engaged in rough and tumble with these Foresters at Griffin Park, in September 2018, they edged them out 2-1 in a game that might be remembered as a twelve-card thriller. Forest won that encounter 7-5 on the yellow card count, but the Bees succeeded in out-muscling the visitors. Here the home side went off at a gallop but conceded when, following a corner, winger Joe Lolley’s shot took a deflection that could have sent the ball into orbit but instead flew into the far corner of David Raya’s net.

Fourteen minutes had passed, ten more than the Leicester City strike that had dumped the Bees out of the FA Cup four days previously. The remainder of this match was not dissimilar to that one, except that Forest promptly switched into defence mode, with a burly back line thwarting every effort by the increasingly frenetic home attack squad.

And, despite the game still being in its early stages, blatant time-wasting became a part of the visitors’ game plan, so much so that goalkeeper Brice Samba was awarded a yellow card for moving at a funereal pace when clearing his line and appearing to offer referee Tim Robinson some lip when rebuked for failing to break into even a trot.

Enough of the sour grapes. There is no question that Forest are not a formidable outfit, even if such a tactic, and the overt physicality that accompanied it, contributed very little to the game as a spectacle. As for Brentford, they failed to find the destructive form that had kept them unbeaten at home since November until Leicester arrived.

Chances came and went, Ollie Watkins struggled to find his usual potency, Said Benrahma suffered a series of up-endings before retaliating and earning a card from a pedantic Mr Robinson, while Bryan Mbeumo, effective early on, slowly faded. Henrik Dalsgaard, a commanding presence in Pontus Jansson’s absence, missed an opportunity so golden that it probably came with a guarantee, Josh Dasilva blazed over the bar and Emiliano Marcondes, substituted for Mattias Jensen, forced an athletic save from Samba with a long-range effort reminiscent of the shot that beat Stoke in the third round of the FA Cup.

It was one of those days: no wonder a significant number of the Brentford faithful drifted away before the ludicrously short three added minutes, during which Forest made two substitutions, one so close to the final whistle that the oncoming replacement barely had time to remove his track suit and put a boot on the pitch.

Edifying it most certainly wasn’t, but it would be foolish to suggest that Brentford deserved to win (‘We can only blame ourselves,’ commented Thomas Frank quite correctly). Forest knew what they were doing and did it efficiently, if robotically.

I’m not sure who could handle Forest in this form, I observed to my mate Charlie.

‘The Sheriff of Nottingham?’ suggested Charlie.