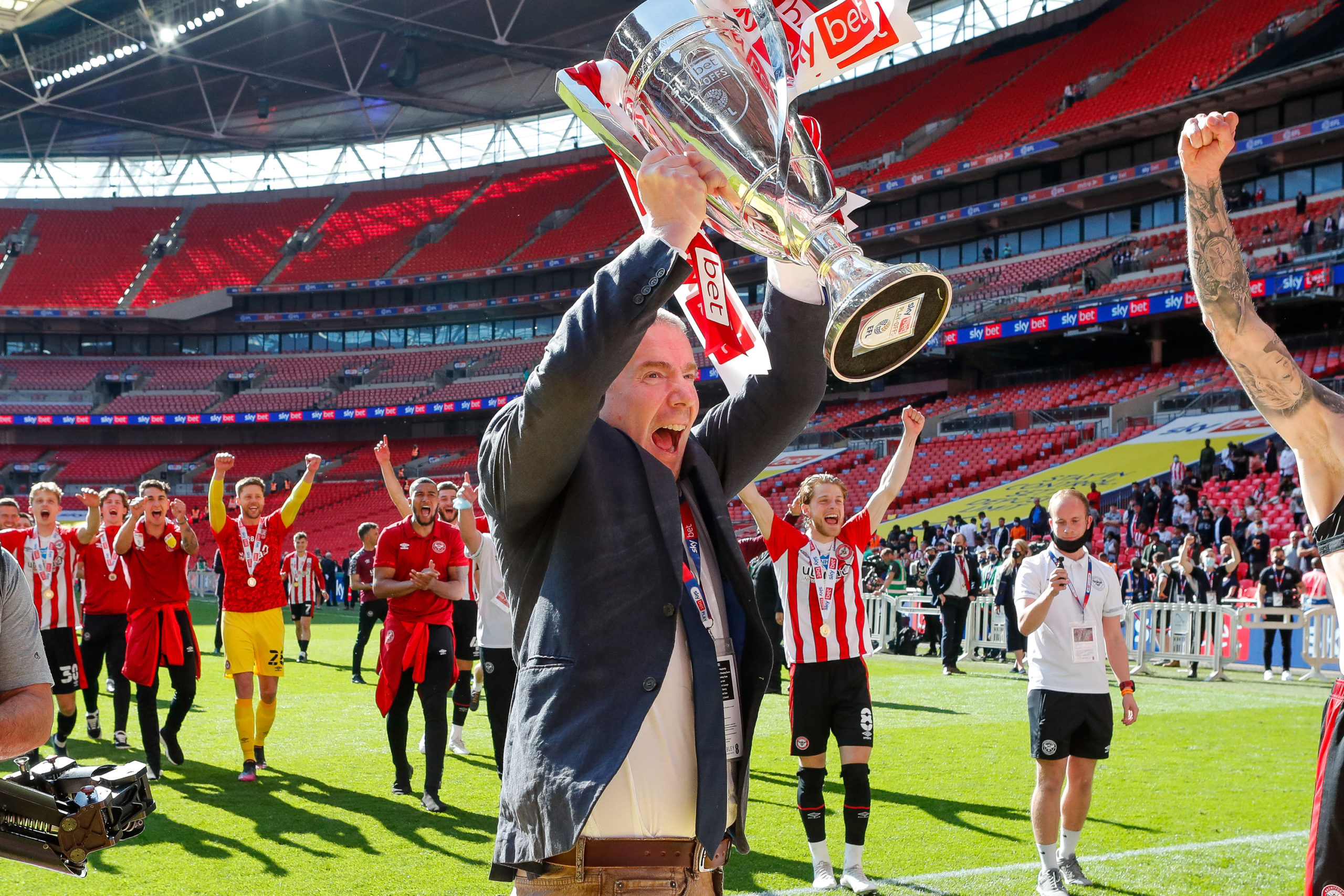 HOW MATTHEW BENHAM CAME TO OWN THE BEES

Our promotion has made more football fans around the world curious about how exactly Matthew Benham came to own Brentford. BU's Secretary,Don Tanswell, who knows where the archives are buried, says it's down to you the BU members.
Share |
more

The longer you’ve been with us shouting for the Bees to win, you know it’s not always been a smooth journey and even new fans look at the history books and wonder how such a bumpy ride kept the wheels on the bus! Nothing would have, could have, happened without Matthew Benham but nothing would have, nothing could have happened, without you, the fans, and your bloody minded determination to support the Bees.

Nine years ago in late June 2012, Bees United sold its majority shareholding in Brentford FC to Matthew Benham but our marathon journey started way before that.

This past month, June, was BU’s birthday and it has been a journey of 20 years from our formation coming out of BIAS, in June 2001. Those were tough times, the same year when Ron Noades had applied to the Football League for the notorious ground share proposal with Woking FC. In the words of Paul Stedman (BIAS Chair), “whichever way you looked at it, the club was dying”. To add insult to injury that April, the Bees lost the LDV Vans Trophy to Port Vale at the Millenium Stadium, but Bees fans have been forever optimistic, and things were changing.

John McGlashan, the Bees United inaugural Chairman, stood in front of 200 fans at Hounslow Civic Centre that June and declared; “The time has now come to move forward’. By the following year BU had unveiled a vision for a new ground at Lionel Road and Luke Kirton had won his seat as a councillor for Brentford for the ABeeC party set up by fans to campaign for the new stadium.

In the background, BU’s dual focus was to reduce the club’s operating losses and also to buy the club itself. Ron Noades was looking for a way out and in 2003, the tide was turning, BU was allocated three seats on the board of Brentford FC and was granted an option to buy the majority shareholding in Brentford FC. But it would need to find £4.5m to achieve that goal and had until May 2005 to do it. The option was later extended to that September. We tell the full story and the success in raising those funds, from you, the army of Bees supporters, in our book  “Bees, Battles, Buckets and Ballot Boxes” .

A familiar name joins the cast

Just before the September 2005 deadline, at the eleventh hour, it seemed like the club was on a cliff edge and there was a real risk of going into administration. Club chairman Greg Dyke and BU Chairman Brian Burgess met a supporter who thought he might be able to help move things forward.That supporter was Matthew Benham, a Bees fan from his teens, whose physics degree in 1989 from Oxford took him, via the Bank of America, into the world of statistics, probabilities and football.

You the fans raised much of the funding required to buy out Noades thanks to the legendary bucket collections, fund raising walks plus an invaluable loan note scheme. But more money was needed and to part finance the deal in 2006 Bees United agreed a £500,000 interest free loan (and another £500,000 facility) to come from Matthew, In January 2006, Bees United bought out Ron Noades’ majority shareholding of 60% in Brentford FC which thus became London’s first professional football club owned by its supporters. Soon after Bees United’ s proposals for a new community stadium at Lionel Road won support from the then London Mayor, Ken Livingstone.

By the summer of 2008 the Bees finished mid-table in Division 2 after being demoted from Division 1 at the end of the previous season. The talk was of better results and more money – more stability and a more sustainable future and in July 2009 a new deal with Matthew, agreed by BU members and subsequently announced by Greg Dyke was approved by the shareholders of the club. 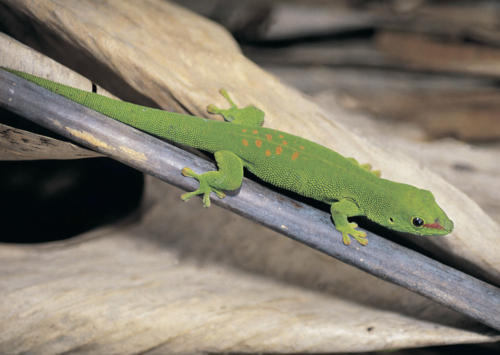 In all the Bees United paperwork the deal project is called ‘Gecko’ which happens to be  the name of a breed of lizard which sheds its skin at regular intervals. But some believe this was a mis-spelling and the original intention was to call it ‘Project Gekko’  after the character in the film ‘Wall Street’ played by Michael Douglas who was named Gordon Gekko. He was the font of a whole series of relevant quotes among them; ‘I look at a hundred deals a day. I pick one’.

With hindsight the deal he picked here was really ‘Gecko One’

The Gecko deal and momentum

This deal felt good, a five year deal from July 2009, to provide £1m each year over the five years increasing Matthew’s equity to 35% plus an option to transfer the ownership of Brentford FC from Bees United by 2014. By now Matthew had secured operational control in order to utilise his unique analytical approach to football management. It felt very good. In the penultimate match of the 2008/09 season Brentford, under player manager Andy Scott, won the Division Two Championship with a 3-1 win at Darlington. In 2011 the Club visited Wembley again in the 2011 Johnstone’s Paint Trophy Final, but we were beaten 1-0 by Carlisle United. The Bees would have to learn to be patient at Wembley

The Gecko momentum – Gecko Two
9 years ago on the 28 June 2012, the lizard changed skins again and another deal evolved that resolutely pointed Brentford FC to the future that we now know to be real. Bees United accelerated its option to sell to Matthew Benham and he purchased the controlling shareholding of the Club from ‘Brentford Football Community Society Limited’ – Bees United! Other smaller shareholders followed suit in selling.

In accordance with our Society rules the BU Board held a special members meeting, on June 18th  to explain the proposals to you, our members. We couldn’t reschedule the Euros that year to accommodate our meeting, so 400 of you, not at the meeting, possibly watching Italy beat the Rep. of Ireland 2-0, voted by proxy. Including everyone at the meeting, there was overwhelming support for this resolution:

“We support the recommendation of the BU board to sell its entire holdings of Ordinary Shares in Brentford Football Club Ltd, Brentford Holdings Limited and Griffin Park Stadium Limited to Matthew Benham in accordance with the Summary of Terms provided to the membership.”

And under the terms of the agreement, section 2.4, on 28th June:

“On completion, Bees `United will transfer the entire issued share capital of Brentford Holdings to MB. The total consideration payable by MB for such shares will be £1”.

Donald Kerr, a BU Board member for many years and now the club’s Deputy Chairman, remembers “Dave Merritt and Chris Gammon were the key people on the BU team. My overriding emotion when BU members approved the takeover by Matthew was relief. Success in those days was survival as a Club, and I thought the greater financial stability which the deal offered might at the very least secure our long term football league status. How terribly pessimistic and unambitious that now seems, but perhaps the years since the late seventies when I adopted Brentford as my local team had conditioned my expectations. Thankfully the same will not be true of new fans now”.

Our new future rooted in the past

So now in 2021 with the taste of Wembley glory still fresh and ready to close a 74 year gap since we last played Arsenal in the top flight, Matthew’s words from 2012, to the Bees United board, 9 years ago, were possibly prescient;

“My commitment to the club is a serious one. In exercising the option, I would be capitalising several million pounds worth of loans which were made interest free to the club. I have every incentive to make sure the club is looked after properly, and I reiterate my comfort in BU retaining a golden share in relation to the club stadium.“

So, Bees United remains on the board, now, of a Premier League club and we exist to safeguard Brentford Football Club (BFC) so that it has a stable and sustainable future as a professional football club. Our role is to represent you our members, the supporters of BFC and our community to ensure that BFC remains a club we can all call our own and we got here because of you looking forward, wet and cold (!!) on that bumpy road.

Thank you to Matthew from all Bees United members all over the world and all Bees fans.

We say thank you to Bees fans past and present over the years for the support you gave without which there might be no Matthew.