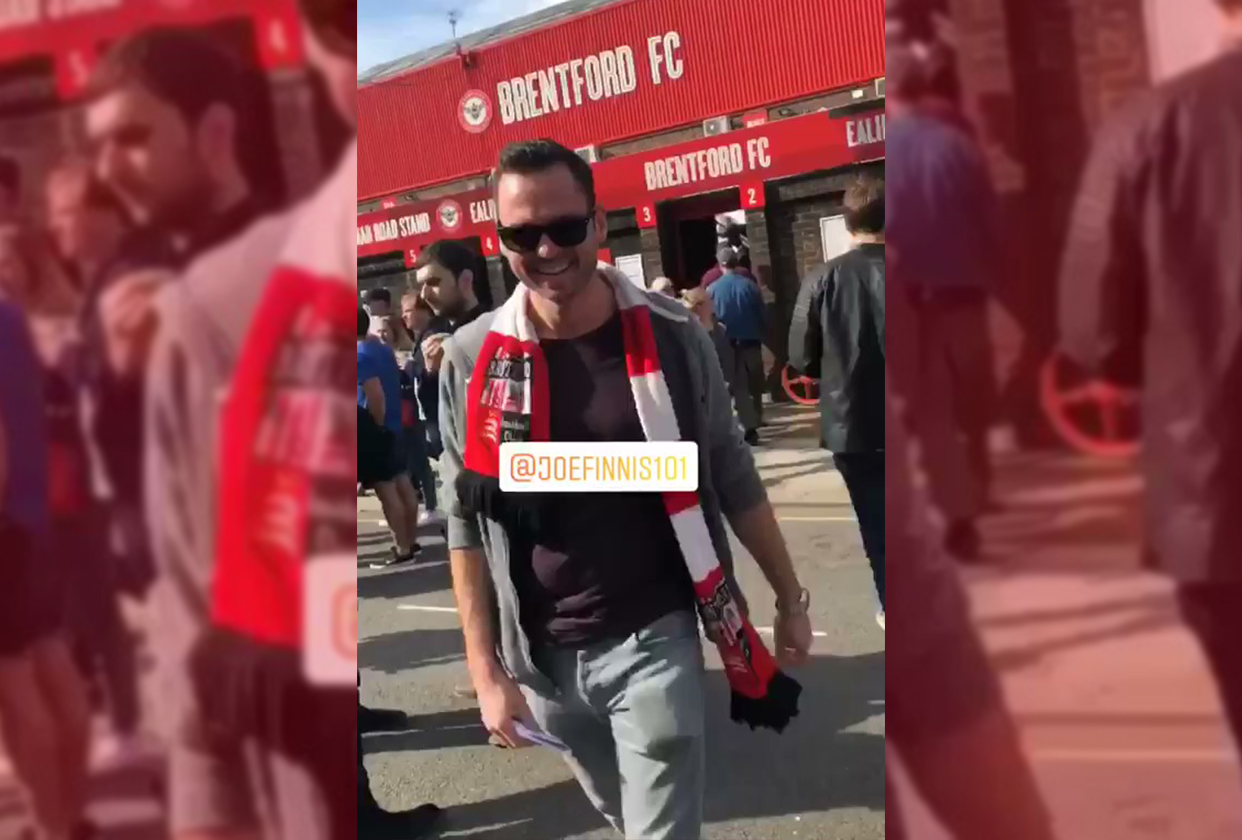 Bees United has prepared this tribute to the young Brentford supporter killed in a car crash on New Years Eve.
Share |
more

Joe Finnis was ten years old when he first went to Griffin Park and over the next 15 years he witnessed many of the club’s big moments. He was there with his dad and grandad when Brentford beat Everton on penalties in the League Cup, behind the goal in the Ealing Road end when Trotta crashed that penalty against the bar, and on the pitch after victory against Preston ensured promotion to the Championship.

Last Saturday Griffin Park remembered Joe as applause in the 25th minute marked the tragic death of this 25 year old BA cabin crew member who died with two of his colleagues in a road accident.

The Finnis family are proper Bees. Joe’s grandfather Ron Finnis was a supporter in the heyday of the 1930s. Before he died 3 years ago he was able to tell his grandson about the days Brentford held top spot for a time in the First Division. Ron had taken his son Mick to games, starting in 1967, and the family tradition continued when Mick took Joe too.They started off in the New Road stand, moved across to the Braemar Road side and then to the Ealing Road end because they liked to be able to move around and meet up with other fans.

Mick and Joe both worked at British Airways which meant they were shift workers, not able to get to every game. Joe’s Instagram feed is full of pictures of him around the world on long distance trips for BA. But by last year they were both season-ticket holders, standing just to the left behind the goal at the Ealing Road end. They got to some away games and not just the West London derbies, in the lower league days they were on the terraces at Swindon and in more recent times pinching themselves to be high up in the away end at St James’s Park, Newcastle.

Their last game together was at Millwall on 29th December. Mick Finnis remembers that because of the long queue for tickets at the New Den they missed what turned out to be Millwall’s winning goal and had to watch it back on a phone in the away end. 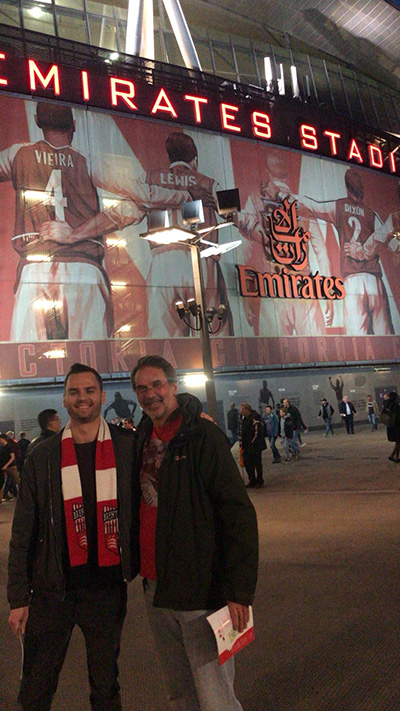 ( Photo: Joe and Mick Finnis at the Carabao Cup game at Arsenal)

On 31st December Joe and his colleagues Dominic Fell and Rachel Clark died when their car was in collision with a lorry near Heathrow. A fourth passenger, also a BA employee, was seriously injured. Among the floral tributes left by friends at the site was a Brentford scarf.

Mick Finnis says that in the normal course of events he probably wouldn’t have gone to the Cup game against Stoke. But in these tragically not normal circumstances the match took on a special significance. Family friend Rod Gowers contacted Brentford commentator Mark Burridge who posted on social media about ‘an awful tragedy’ affecting ‘truly, full members of the Brentford family’. He asked for Bees fans to help spread the word asking for applause on the 25th minute.

Word spread too amongst the British Airways family as Joe’s cabin crew colleagues- many of them first-timers at Griffin Park-  decided that coming to the match would be one of the many ways they would commemorate his life. For this game Joe’s mother Sue Finnis and his brother Ben were with Mick in seats they bought specially in the Braemar Road stand. Around them hundreds of supporters joined the applause for Joe not knowing that his family were sitting there. It was a poignant moment for the family as all around the ground supporters swelled the applause. It meant a lot to Mick that the Stoke fans joined in so wholeheartedly.

After the game the family went to The Globe where about 30 friends  from Brentford and British Airways gathered to remember Joe.

‘Joe loved going to Brentford’ says Mick. A proud father remembered two recent gifts from his son, a signed shirt for Christmas and something Joe bid for on an auction site, a signed team sheet from that special day when Brentford were promoted to the Championship. It now hangs on the wall in the Finnis family home, a reminder of happy Bees days together.