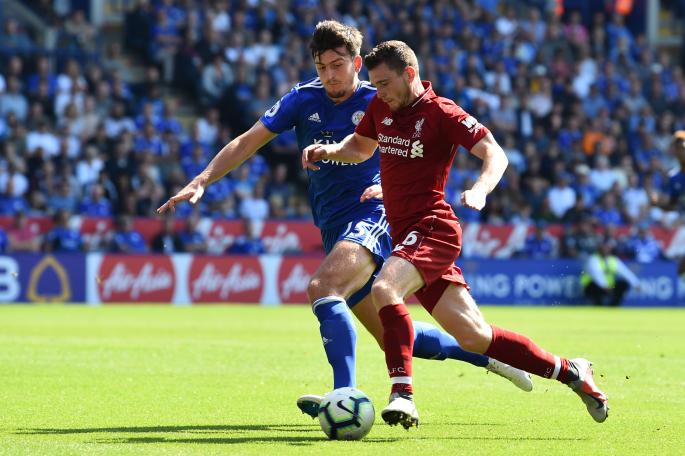 On April 20th 2019 The Times carried this article about Brentford by their Chief Sports Writer Henry Winter.
Share |

Shankly bounds from the back of the car at Brentford’s training ground near Heathrow and sets off on another lap of the pitches. His owner, the sports psychologist Michael Caulfield, best known for his time working for Gareth Southgate, strolls after the lurcher-greyhound, chatting with one of the Brentford players in need of a little guidance.

It is all very low-key and chatty, Caulfield’s style. Shankly’s presence makes their discussion feel more of an enjoyable ramble, less the scrutiny on the couch. Players feel free to talk about all manner of issues from freezing in front of goal and the fear of being dropped to personal issues such as a partner’s miscarriage.

It is part of a new trend in football of players expressing themselves, demonstrated most prominently with Southgate’s squad at last summer’s World Cup. Caulfield, 57, whose background was in racing before training to become a sports psychologist, got to know Southgate when he was the Middlesbrough manager between 2006 and 2009 and the pair have stayed in touch.

Caulfield moved on to Hull City, helping to develop Harry Maguire and Andrew Robertson. “I look at Robbo now, playing week in, week out for Liverpool, and think what a fantastic example of a young man who was rejected by Celtic.”

Good people. It is a theme for Caulfield, who also works with companies and private clients through the performance consultancy Sporting Edge. He is happiest when walking, circling the fields, listening to Brentford players and staff, helping them. He is the modern chaplain.

The Sky Bet Championship club focus on recruiting good characters, weeding out bad ones and developing the individual. “One of the things we are very big on is we want no dickheads, only good people,” Thomas Frank, the head coach, says in his rather spartan office in the string of Portakabins adjacent to the canteen in the pavilion. “I hope you felt it when you walked in, the atmosphere, the energy. That’s why we fight above our weight. It’s about togetherness.” A quality seen in yesterday’s 1-1 draw despite playing 55 minutes with ten men at Millwall.

The perception of Brentford is that they are a Moneyball club, focusing on numbers rather than human beings, a notion swiftly dispelled on Thursday as I sit in on meetings of the medical staff, the team and listen to the coaches, beginning with breakfast at 8am. The attention to detail is phenomenal. In the medical meeting, staff debate one player taking one Ibuprofen at home; not on the banned list but they like — and need — to know everything about their players.

The facilities are modest (planning permission is in for an upgrade), they would need authority from Heathrow just to send a drone up to film training and the sprinklers lash against the windows of the meeting room as Frank addresses the players at his 10.15 meeting. “Yes. We start.” The 45-year-old Dane mentions the previous evening’s Manchester City v Tottenham Hotspur drama. “Have you watched the Champions League?” he asks his squad, who all nod. “Wow, what a game. VAR! Imagine the feeling, that you’re in the semi-final of the Champions League [as City almost were] and then, 30 seconds later, done [out].”

He invites Nicolas Jover, the first-team set-piece coach, to deliver a detailed, five-minute analysis of Millwall’s set pieces: “In Millwall’s last five games, every throw-in has been down the line.” Players listen intently.

Chris Haslam, the head of athletic performance, takes a couple of chairs and we sit out in the sunshine and discuss perceptions of his club. “It’s all, ‘Brentford’s a marginal-gains club,’ all about sports science,” Haslam says. “We believe if we develop players personally they become better players on the pitch. When a player is not performing it is very rare that tactically or technically they’re not good enough because they’ve got to where they have got. It comes back to the mindset, how confident they feel, whether they feel safe, secure and that’s where Michael comes in.”

Caulfield comes into view, having completed another tour with Shankly and player. “The biggest thing with players is fear,” Caulfield says. “One of our centre forwards happened to miss a chance, which got replayed and replayed, and I said, ‘Fancy a walk round the pitch?’

“We walked past one of the goals. I said, ‘On Saturday, how big was that goal?’ He looked at me and went [makes a shape of a tiny goal]. He said, ‘What happens if I miss again? What happens if I make a fool of myself?’ So I changed the threat of missing into the joy of scoring.

“I said, ‘What about that goal you scored against Nottingham Forest?’ I gave him some trigger words, like ‘joy’, to remind him of that goal. And ‘happy feet’. I told him, ‘When you have happy feet, you’re unplayable.’ I call myself a dustbin. I tell the players, ‘You give me all your rubbish and I’ll take it away.’ ”

“We’ve had separations, relationship problems, miscarriages, looking after families when thousands of miles away. We really care about them. I’m flawed myself, which is why I’m semi-competent at this.

“I lost both my parents within six weeks in the early Nineties and you get up the next morning, put your best suit on and off you go again. Even though I had a very privileged background, at 21 I was living in awful accommodation, £8 a week in racing stables and it taught me good manners and respect.

“I always call the players ‘gentlemen’ because they are gentle and they are men. I ask them for three things: always look me in the eye; shake me by the hand, even if I have to learn a bit of the old Son-Dele Alli [handshakes]; and gentlemen, always ask me a question. Like, ‘How’s the dog?’ Because of that question, a thousand others will come.” Opening up. And they all like asking after Shankly.

Caulfield’s father was the judge in the Lord Archer libel trial in 1987. He knew Brian Appleby, QC, the Nottingham Forest chairman, and they were invited to a game at the City Ground in 1976. “I got an audience with Brian Clough,” Caulfield says. “Green tracksuit. Squash racket, Peter Taylor, that side. Cup of tea. Sporting Life. 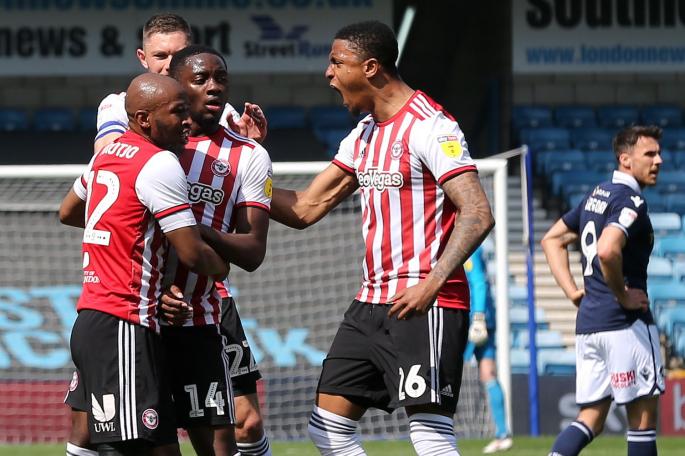 “I looked like the lead singer of the Sweet with long hair. He looked up and said, ‘Michael?’ ‘Mr Clough?’ ‘Get your hair cut, put your tie on and get out of my office.’ So I went to go and he went, ‘Come back.’ By now I’m a gibbering wreck. He said, ‘Pleased to meet you, I am Brian Clough. By the way, get your hair cut and put a tie on.’ I’ll never forget. He was making a point, in a loving way.

“Working with Gareth had a huge effect on me. He is the most influential leader we have in the country and this country is devoid of genuine, caring leadership. Gareth is one of the kindest, most decent, caring, most polite men, but does that stop you getting to the top? Does it hell. He’s still competitive. Have you played him at table tennis? Mick Kinane, the great Irish jockey, told me, ‘Michael, sport is not an after-you industry.’ Gareth is the same.” He has that balance right with England, hungry with a smile.

“I think we are a mini-model of that here, we care about the people,” Caulfield says. “Our captain, Romaine Sawyers, he’s a quiet leader, doesn’t go round shouting and showing off but everyone is drawn to him.”

Sawyers stops for a chat, flicks the mud from his boots and talks about the book that is inspiring him, Mark Manson’s The Subtle Art of Not Giving a F*ck.

Brentford like their players to have interests outside football, enhancing their character. “We don’t get the hump when we sell Chris Mepham to Bournemouth, we are thrilled for him because you couldn’t meet a nicer man,” Caulfield says. “He kept asking questions like, ‘How do I get better?’ He’d ask me about nerves.” Mepham was frequently in the analysts’ room, studying clips, chasing improvement.

“I remember him being in the B-team gym, barely able to do one pull-up, to now being a Premier League footballer,” Haslam says. “There’s no better feeling when you get a message from him, saying, ‘Thanks for everything you’ve done.’ ”

Mepham left for £12 million in January. “It weakens the team,” Haslam says. Neal Maupay, who has scored 26 goals this season, walks past, swapping a joke with Haslam, as he heads in to do individual analysis with staff.

Can Brentford keep Maupay? “I doubt it,” Frank says. “But we never panic. One of the things we are proven at is finding good players for cheap money, develop them, sell them expensive, balance everything.”

Balancing the books is key here and Brentford want the Football League to punish those clubs who overspend, as it has done with Birmingham City. “In any business, if you get in £20 million and spend £40 million, you go bankrupt,” Frank says. “I hope the EFL will be strong [on others].”

Haslam nods. “We are underdogs,” he says. “We are playing by the rules. You see Birmingham. Look at Derby, they pumped in money every single season and at some point it will burst. We stay well within our means. Our directors run the club fantastically. There is something special at Brentford.” People.

Mepham’s name is up on the Robert Rowan First Team Debut board. Rowan was Brentford’s popular technical director who died from heart failure aged 28 last November.

“Everyone came in the next morning, were told what happened, people were allowed to sit in silence, cry if they wanted to, and we held a lovely commemorative service for Rob,” Caulfield says. “That next day everyone from the club went out and sat in a pub. I don’t even think a lot of alcohol was involved. We just talked about him. What a man.”

Caulfield spends time with Frank, a self-confessed obsessive about football. “He has admitted that a couple of times he has crashed out on the sofa, exhausted, because you can over-worry,” Caulfield says.

“When we lost eight out of nine in the winter, we walked the dog around, and I said, ‘I am here to support you,’ ” Caulfield says. “He said, looking back, that it meant a great deal that people were backing him when we couldn’t win an argument.”

The scrutiny is intense. “I don’t read the comments under articles,” Frank says. “One day we’re winning 5-1 against Hull and I’m the superstar, the next we’re losing 2-0 and I’m rubbish.” He enjoys his talks with Caulfield. “He sees things from another angle. He’s a very people person.”

A difficult season is drawing to a close and the positive Frank looks forward to the next campaign, believing Brentford can get promoted to the Premier League. “We have a chance,” he says. “We are part of something special at Brentford. We’re privileged. There are good characters here.” Helped by Shankly.